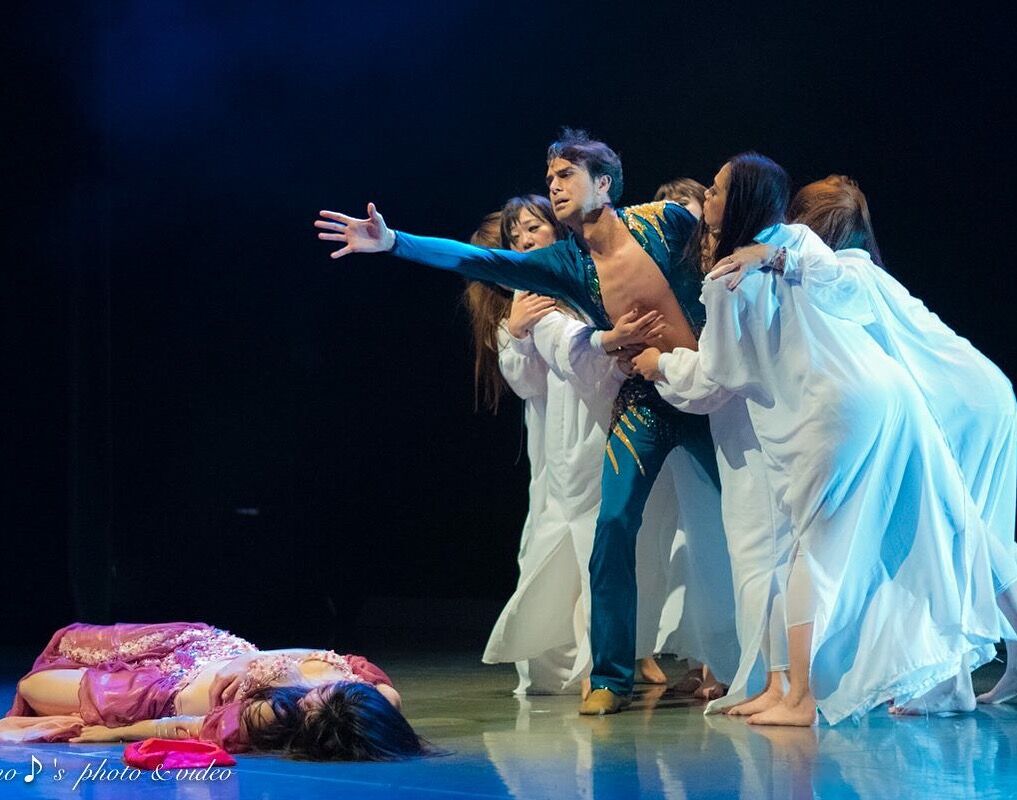 Originally from Güzelyurt, North Cyprus, and now based in London, Ozgen has experienced a phenomenal rise in his career as a professional dancer. With a global fan base, he regularly travels around the world to give performances and classes.

Currently Ozgen is in Osaka to perform his new dance theatre production Tales of a Sleeping Man, which makes its Japanese debut this Sunday. T-VINE caught up with him in between rehearsals.

This isn’t your first time in Japan?

Tell us about your Japanese tour

I’m currently here for my new show Tales of a Sleeping Man, which I will be performing in Osaka on July 2nd. The show made its debut in London and then travelled to Sheffield. Osaka will be the third place it’s staged. It’s a big show and I’m being supported by a fantastic local promoter and producer: Nyliy Performing Art.

I arrived in Japan a few weeks ago to work with the local dancers who will appear in the show. I’m also working with the Maki Dance Academy, doing a workshop and show for them in Sendai between 7 and 9 July. 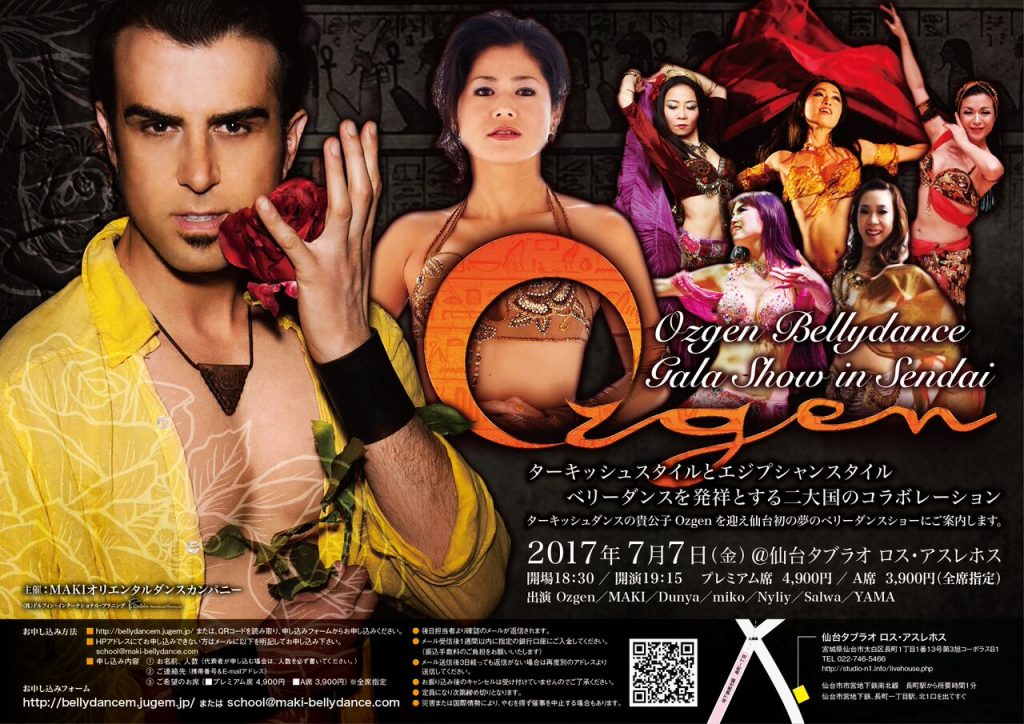 What’s Tales of a Sleeping Man about?

The show is inspired by One Thousand and One Nights: stories like Jasmine and Aladdin, Sinbad, and Shahrazad. It’s the journey of a sleeping man, who sees these random characters appear in his dreams and nightmares. I’ve added my own twist on the stories, which are re-told to a backdrop of mainly Turkish music.

The show features love songs by Can Attila from hit TV show Leyla and Mecnun, which will feature in the part about Jasmine and Aladdin. I’ve also got a great tribal track – Sude – by Sezen Aksu, and music from Muhteşem Yüzyıl. Our soundtrack is awesome!

The performance includes a wide range of dance styles too: Roman, Flamenco Turkish, Bellydance, Fusion, and contemporary and lyrical dance.

How does it compare to Aşk?

It’s exciting to be doing a new show. [My last show] Aşk was a big hit. Two strands, one in the court of the Ottoman Empire, the other in a Romany street, both linked by tales of love. It was more traditional in some ways.

Tales of a Sleeping Man has different elements, there’s danger, drama, murder, suspense – all the best bits of One Thousand and One Nights.

You’ve got a pretty big following in Japan

[Beaming big smiles] I get called the “Turkish Prince” by dance media and the dancers I meet. A few years ago, one of Japan’s big news agencies Kyodo News came to interview me in London after seeing me perform in Japan. Their news really helped raise my profile. When I staged Aşk here, the show sold out weeks in advance.

It’ also means I get to meet and work with some amazing dancers from across the country. For my new show, there are dancers travelling from all over Japan to see the show and to be in my cast – some travel 8-hour bus journeys every weekend for rehearsals.

So is Oriental & Romany dancing big in Japan?

It’s a very popular dance style as it’s so expressive and sensual. It matches well with the culture of Japan. They are very polite and thoughtful people, and they like to express themselves and their sexuality and sensuality through Oriental music and art. 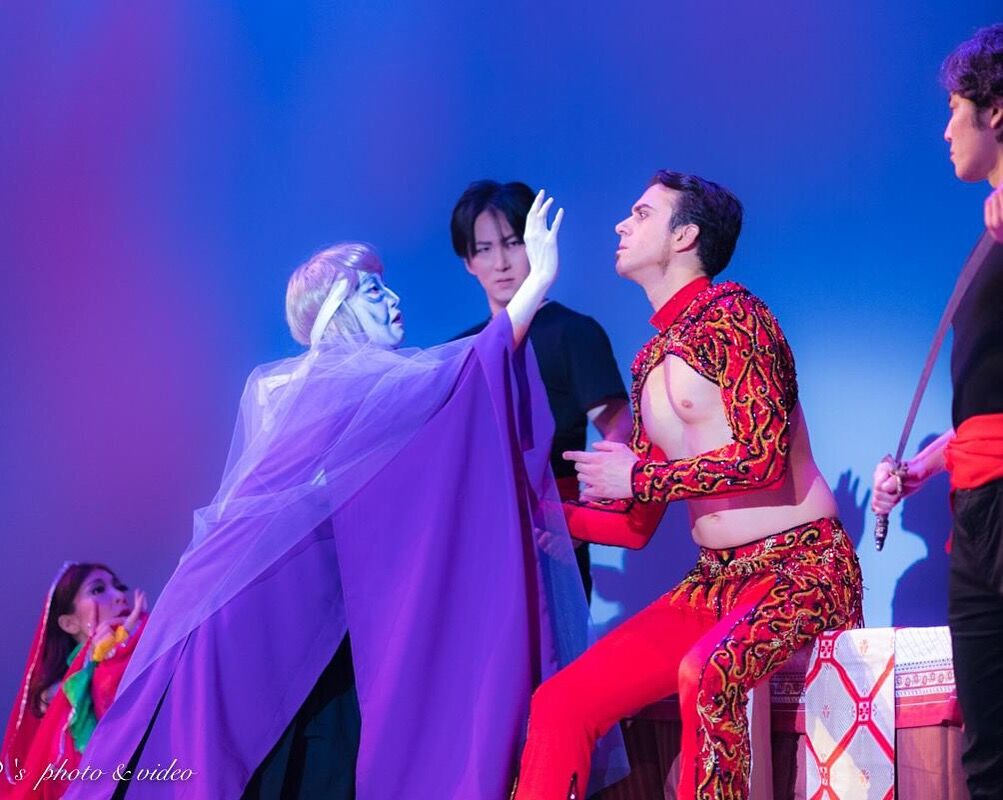 How do you find Japan and its people?

The fact they are a very peaceful people and have a hard working culture. They also like to have in-depth knowledge about other cultures.

What else is on the horizon for you after Japan?

After my Japan tour, I will come back to London for a few weeks. Then I’m off to the USA for a month, back to London in October, then in November I will be going to Australia. 2017 is a very busy year!