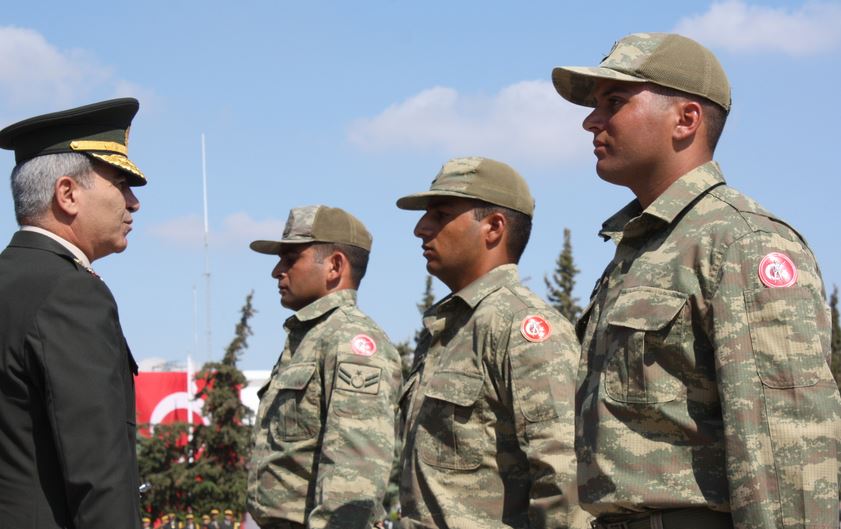 Men in the Turkish Republic of Northern Cyprus (TRNC) opposed to conscription into the armed forces for reasons of conscience could be allowed to undertake “alternative”service, under new plans put forward by the government.

A draft Military Service (Amendment) Bill, which would legalise conscientious objection in the TRNC, was introduced to Parliament late on Monday, 7 January.

It sets out provisions that would allow conscientious objectors to apply for military service in a civilian role or within a public body.

A special panel would consider requests based on the applicants’ religious, political and moral beliefs.

A 20-day public consultation period will be triggered once the text of the Bill is published in the Official Gazette, followed by a period of scrutiny by a parliamentary committee.

Military service of up to 15 months – followed by annual one-day “mobilisation” training – is obligatory for adult male TRNC citizens.

The law permits flexibility for those who are in higher education and who live abroad, with the option for some of paying cash in return for exemption or a significantly reduced length of service.

A narrow range of other categories, such as those who are “mentally or physically unsuitable” or naturalised TRNC citizens who have completed military service in another country or whose country of origin does not have conscription, are exempt from national service altogether.

However conscientious objectors – those who refuse to bear arms or who object to any type of military training and service – are treated under North Cyprus laws as draft dodgers. They can face prosecution, leading to a fine. Those who refuse to pay the fine are imprisoned.

Those convicted are still required to attend future call-ups, however, meaning they can face several counts of draft evasion.

The issue was highlighted last week when a man was fined 2,000 TL for refusing to attend the annual military “refreshers”on the grounds of conscience.

Halil Karapaşaoğlu has been given until noon on Monday, 14 January, to pay the penalty or face a 20-day prison term.

Speaking after his sentencing to a crowd of more than 100 people outside a military court in Lefkoşa, he said that he would rather be put behind bars than pay the fine.

“They are putting me on trial because I do not want to hold a gun and because I said I will not fire a bullet at my friend Antonis,” Mr Karapaşaoğlu told his supporters.

“They say they will imprison me for 20 days. This is unacceptable, this is an inhumane practice. It is the shame of this country.”

“There are two university lecturers in the government,” he said referring to the pair. “This verdict will be a stain on their careers.”

Mr Karapaşaoğlu was supported by fellow conscientious objectors Murat Kanatlı, who was jailed for 10 days in 2014 in a similar case, and Haluk Selam Tufanlı, both of whom are currently facing legal action. Their case is said to be on hold while they seek redress in the European Court of Human Rights (ECHR).

The group was accompanied by Derek Brett, an observer from the Brussels-based European Bureau for Conscientious Objection (EBCO), who expressed disappointment that the TRNC court did not hold over the case pending judgement by the ECHR.

In a press release issued on Monday, EBCO said it would “monitor” the passage of the new Bill through Parliament and its “practical implications”.

“The text as it stands is not perfect, but at first reading it certainly does not include all of the weaknesses which had been rumoured (some of which might have made it worse than nothing!),” the statement said.

“Meanwhile, unless and until their convictions are retrospectively overturned, the cases of Murat Kanatlı and Haluk Selam Tufanlı at the [ECHR] will continue, to be joined eventually, if necessary, by that of Halil Karapaşaoğlu.”

TDP leader Cemal Özyiğit explains proposed law will have limitations: “A young person who holds a hunting rifle in his hands, cannot then say that he does not want to hold a gun for military service”

Speaking during a live TV interview this week, Dr Erhürman said that the Bill, if passed by Parliament and approved by President Mustafa Akıncı, would not come into force in time to prevent Mr Karapaşaoğlu avoiding jail.

In comments to Parliament earlier in the week, he told MPs “not everyone”would be able to benefit from the conscientious objection proposals.

Giving an example, Education Minister and Communal Democracy Party (TDP) leader Cemal Özyiğit said that young hunters would be among those to have their applications rejected.

“A young person who goes hunting, who holds a hunting rifle in his hands, cannot then say that he does not want to hold a gun for military service,” he said.

Main opposition National Unity Party (UBP) leader Ersin Tatar voiced his opposition to the plans, saying that “now was not the time” to be introducing them.

He said the draft Bill represented a “great misfortune” for the TRNC at a time when “the Greek Cypriot administration is spending more and more money on arms each year”.

Opposing a change to the law, UBP leader Ersin Tatar said: “We will not give any opportunity to those who try to plant seeds of discord into our State & play with our security”

“As the UBP, I call on the four-party coalition to reverse this mistake and immediately withdraw the draft Bill, which is clearly against the Constitution,” he said.

“We will not give any opportunity to those who try to plant seeds of discord into our State and play with our security.”

Mr Tatar’s views echoed those made by the head of the Turkish Cypriot Resistance Organisation (TMT) Veterans’ Association, who also called for the proposals to be scrapped. Yılmaz Bora said that the proposed reforms would“offend the majority of Turkish Cypriots”.

Takis Hadjigeorgiou, a Greek Cypriot MEP, last week called on the European Union to “condemn”the case against Mr Karapaşaoğlu and “proceed with the relevant demarche to Turkey concerning the case”.

According to the EBCO website, South Cyprus has recognised conscientious objection to military service for conscripts since 1992.

The length of alternative civilian service is listed as 19 months, described by EBCO as “punitive”when compared to 14 months required for compulsory military service.

There is no right to conscientious objection in South Cyprus for serving conscripts and professional soldiers, EBCO adds.