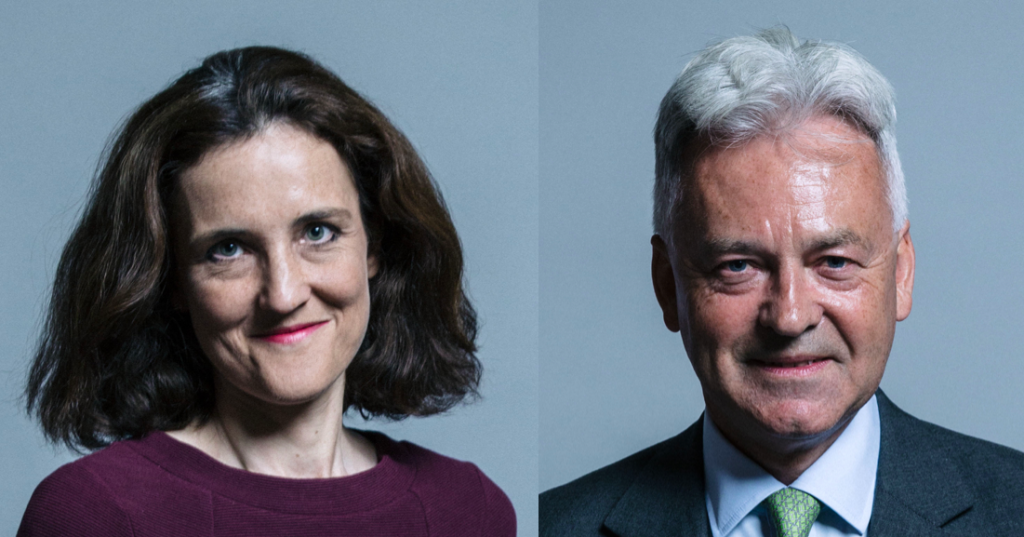 The UK will not become involved in discussions on the future of the North Cyprus town of Güzelyurt, a British minister has said.

The status of the area – which would have been handed over to the Greek Cypriots had they accepted the UN’s “Annan Plan” in 2004 and seen thousands of Turkish Cypriot refugees from places such as Paphos and Limassol uprooted once again – is a “matter for the two Leaders [of Cyprus] and the communities they represent” Foreign and Commonwealth Office Minister of State Sir Alan Duncan told the House of Commons on Tuesday, 2 July.

His remarks were made in written answers to questions submitted to Foreign Secretary Jeremy Hunt by Conservative MP Theresa Villiers, who represents the north London constituency of Chipping Barnet, regarding Güzelyurt, also known as Morphou.

Ms Villiers, a former Cabinet minister, asked if Mr Hunt will “make representations to his Turkish counterpart to support the inclusion of the town of Morphou in the territory forming the Greek Cypriot side of any bizonal arrangement in Cyprus in an agreed negotiated settlement for the island”.

In a separate question she called on Mr Hunt to also ask his “Turkish counterpart in pursuance of a negotiated settlement in Cyprus to stop the extensive building in the town of Morphou”.

Responding to both questions together on behalf of Mr Hunt, Sir Alan said: “The UK is a strong supporter of a comprehensive, just and lasting settlement of the Cyprus issue, based on the internationally accepted model of a bi-zonal, bi-communal federation.

“We therefore support consultations on settlement under the Secretary General’s auspices through dialogue with the UN and regular engagement with leaders from all parties.

“We encourage all sides to engage constructively and demonstrate genuine commitment to making progress.

“Ultimately, the question of Morphou is a matter for the two Leaders and the communities they represent to address as part of a comprehensive settlement.

“It is not for the UK to seek to become a party to the discussions beyond our obligations as a guarantor power, however we continue to support the two Leaders’ attempts to achieve progress.”

In response to another question from Ms Villiers asking what steps Mr Hunt was taking to “support the conservation of Christian heritage in the Turkish-controlled part of Cyprus”, Sir Alan pointed out that the UK provides funding for the bicommunal “Technical Committee on Cultural Heritage through our membership of the European Union”.

“The committee was created under the auspices of the United Nations and works to promote and protect the cultural heritage of the island of Cyprus. This includes the preservation of religious sites in the north of Cyprus,” he added.

The London-based Greek Cypriot pressure group the National Federation of Cypriots in the United Kingdom (NFCUK), which has launched an online campaign urging its supporters to lobby British MPs, praised Ms Villiers on social media for her Güzelyurt questions.

“Thank you, Theresa Villiers MP, for raising the important issue of the return of Morphou as part of a #FreeUnitedCyprus in the @HouseofCommons yesterday,” the organisation wrote on its Twitter account.

The head of NFCUK is Christos Karaolis, whose father Andreas was born in the town and who was behind efforts to twin it with Barnet.

Thank you, Theresa Villiers MP, for raising the important issue of the return of Morphou as part of a #FreeUnitedCyprus in the @HouseofCommons yesterday.

Help end 45 years of pain by calling on Turkey to take its #HandsOffCyprus via https://t.co/t3F6ucn3He pic.twitter.com/UhmKGQuxlr

— National Federation of Cypriots in the UK (@UKCypriotFed) 3 July 2019

Replying to the tweet, Brian Coleman, a former Tory Greater London Assembly member for Barnet and Camden who once tried to ban North Cyprus holiday adverts from London buses and Tube stations, commented: “Theresa remains steadfast in her support of Morphou and matters Cyprus.”

The lobbying of the British government over Güzelyurt by Ms Villiers on behalf of her ethnic Greek Cypriot constituents is the latest in a long line of statements and actions supporting their stance on Cyprus-related issues.

In May the MP issued a statement “condemning” what she described as the “violation” of the Greek Cypriot side’s self-declared exclusive economic zone by Turkish ships, after raising the matter in Parliament.

That followed a similar statement last year in which she protested against moves by the Turkish Navy to prevent oil and gas exploration by Italian company Eni on behalf of the Greek Cypriots in an area of the Mediterranean Sea claimed by the Turkish Republic of Northern Cyprus.

In March of this year she gathered in Barnet with the [Greek] “Cypriot community” of North London to “celebrate” her “20 years of campaigning for Cyprus”.

At the event she spoke of her highlights from the past two decades – dating back to her time as an MEP – including a “hugely successful visit she organised for the Federation of Cypriots to Brussels to meet key decision-makers” and “speaking out against controversial comments made by Jack Straw and Tony Blair on Cyprus when they were in Government”.

She recalled her visits to Cyprus for the “annual rally for Morphou – Barnet’s twin town” and spoke of the “hundreds of Cypriot community events she had attended over the years”.

These included the anti-Turkish “Trafalgar Square Rally”, pointing out that she is the only person to have attended the event while a serving Cabinet member.

Recent records from Parliament’s Register of Members’ Financial Interests show that Ms Villiers has received a number of donations from Greek Cypriots, both in the UK and Cyprus.

In September 2017 she registered a donation received by a local party organisation or indirectly via a central party organisation of £2,500 from Lazari Investments Ltd, a company co-founded by the late Cyprus-born billionaire and London property magnate Christos Lazari and his wife Maritza.

Prominent British Greek Cypriot Barbara Yerolemou, a former mayor of Ealing Council, made a private donation of £2,000 in support of Ms Villiers, which was registered in July 2017.

Mrs Yerolemou’s husband Antonis is a director of Katsouris Brothers, a UK-registered company that produces the Cypressa brand of food products.

Mr Yerolemou was among a group of men who received a “medal for exceptional services” from Greek Cypriot leader Nicos Anastasiades in 2017 for their contribution to “promoting justice for the people of Cyprus”.

Ms Villiers received around £1,400 from the “Municipality of Morphou” to attend the 37th “annual Morphou Rally in Astromeritis” in October 2017. The amount covered the costs of “return flight to Cyprus, two nights’ hotel accommodation, food, and bus transfers”.

February’s Cypressa product of the month is: Plain peanuts #CPOTM If you would like to take part and receive some #peanuts DM us 🙂

That followed a donation with an estimated value of £1,260 for similar items to take part in the same protest in October 2016.

She received approximately £417 from the Greek Cypriot House of Representatives for a “member of my staff, transport, accommodation and meals” as part of a visit to the island by a parliamentary delegation from the UK Conservative Friends of Cyprus from 16 to 19 September 2018.

The body also donated £740 to Ms Villiers for a visit to Cyprus in February 2017 to “meet the President of Cyprus and other political figures” and to “receive an update on progress in the negotiations underway to reunite Cyprus”.

Ms Villiers, a former Barrister who became an MP in 2005 following a six-year spell as a “Eurosceptic” MEP , narrowly avoided losing her seat in the 2017 general election, scraping to victory by just 353 votes over Labour’s Emma Whysall.