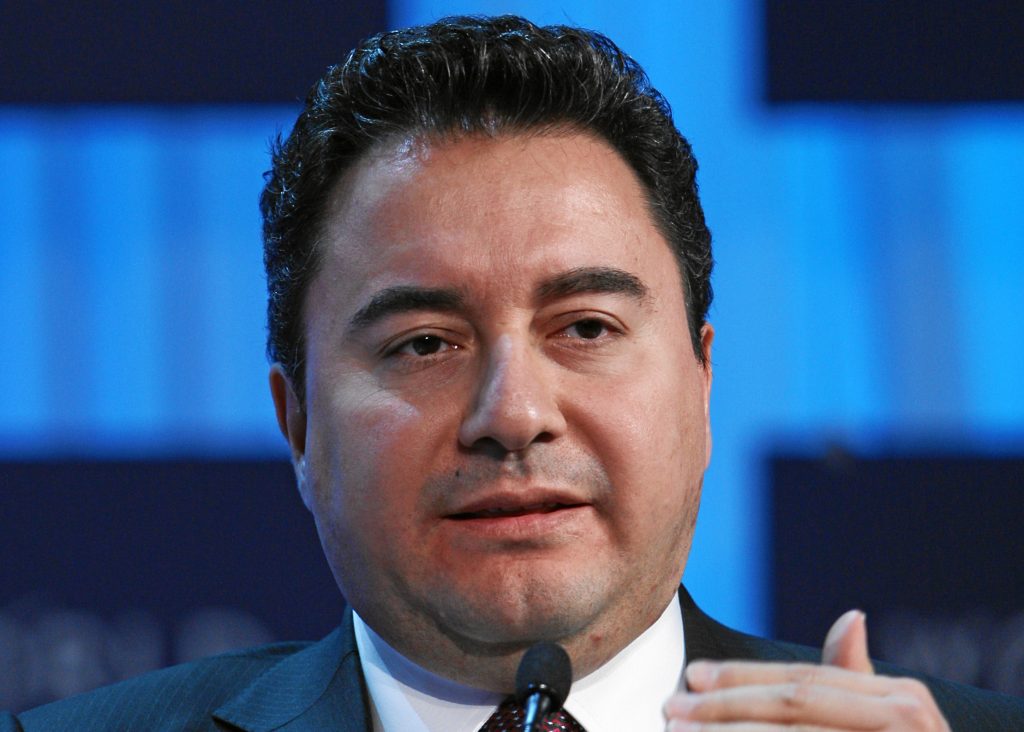 Turkey’s President Recep Tayyip Erdoğan has accused one of his former ministers of “abandoning the common cause” after he decided to quit the Justice Development Party (AKP) he helped form.

Ankara MP Ali Babacan, one of the founders of the AKP who served as Deputy Prime Minister, Foreign Affairs Minister and Economy Minister during a 13-year spell, announced on Monday, 8 July, that he was resigning from the ruling party due to “deep differences” over its direction, Turkish media reports said.

His announcement comes in the aftermath of last month’s humiliating defeat for the AKP in a re-run of the Istanbul mayoral election – which Mr Erdoğan had pushed for – and just two days after the President sacked the governor of Turkey’s Central Bank.

“Under the current conditions, Turkey needs a brand new vision for its future,” Mr Babacan said.

“There is a need for correct analyses in every area, newly developed strategies, plans and programmes for our country.

“It has become inevitable to start a new effort for Turkey’s present and future. Many of my colleagues and I feel a great and historic responsibility towards this effort.

“Everyone’s aim is to improve our country’s reputation, increase our people’s prosperity and happiness, and get Turkey to the beautiful future it deserves.

“Human rights, advanced democracy and the rule of law are our indispensable principles. I have worked relentlessly for these since the first day I entered politics. God willing, I will continue to do so from now on too.”

Some analysts say the pair could use their status to attract voters disillusioned by recent developments and encourage AKP MPs to defect.

Former Prime Minister Ahmet Davutoğlu, who had a falling-out with Mr Erdoğan in 2016 and who was critical of the AKP following its June Istanbul election loss, is also said to be considering creating a new party.

Responding to Mr Babacan’s resignation, President Erdoğan said that he had offered his former minister a position as an adviser to the AKP but that he had refused it.

Speaking to a group of reporters on his return from a visit to Bosnia, Mr Erdoğan was quoted as saying: “He [Mr Babacan] met with me upon his request. He said he would resign after the [June 23 re-run elections] because he lost his sense of belonging to [the AKP].

“He reasoned this over the country’s economy. For us, the common cause should not be abandoned.”

Mr Erdoğan continued: “Mr Babacan is one of the youngest people to become a minister in Turkey. There were many subjects we could not agree on; the issue of interest rates is the most important among them … There is no such thing that people will always remain here.”

But he warned: “Our party has a deep-rooted infrastructure. I told this to [Babacan] as well. I said, ‘It is your way but don’t forget that you do not have the right to break up the ummah [Muslim community] … you will not achieve anything by doing this’.

“I also told him not to delay [establishing a party] because there are four years until the next elections.”

Mr Babacan was the youngest member of AKP’s first Cabinet in late 2002 when, aged 35, he was appointed as Minister of State for the Economy, a position he held until August 2007.

He was also Turkey’s chief negotiator in its accession negotiations with the European Union from 2005 to 2007, when he became Foreign Affairs Minister.

The next parliamentary and presidential elections are not scheduled to take place until 2023, the centenary year of the Turkish Republic.

Main photo, top: DAVOS/SWITZERLAND – Ali Babacan, Deputy Prime Minister for Economic and Financial Affairs of Turkey is captured during the session ‘Global Economic Outlook 2012’ at the Annual Meeting 2012 of the World Economic Forum at the congress centre in Davos, Switzerland, January 28, 2012. Copyright by World Economic Forumswiss-image.ch/Photo by Sebastian Derungs, CC by 2.0