Cyprus talks back on after Nicos Anastasiades boycotts Istanbul dinner 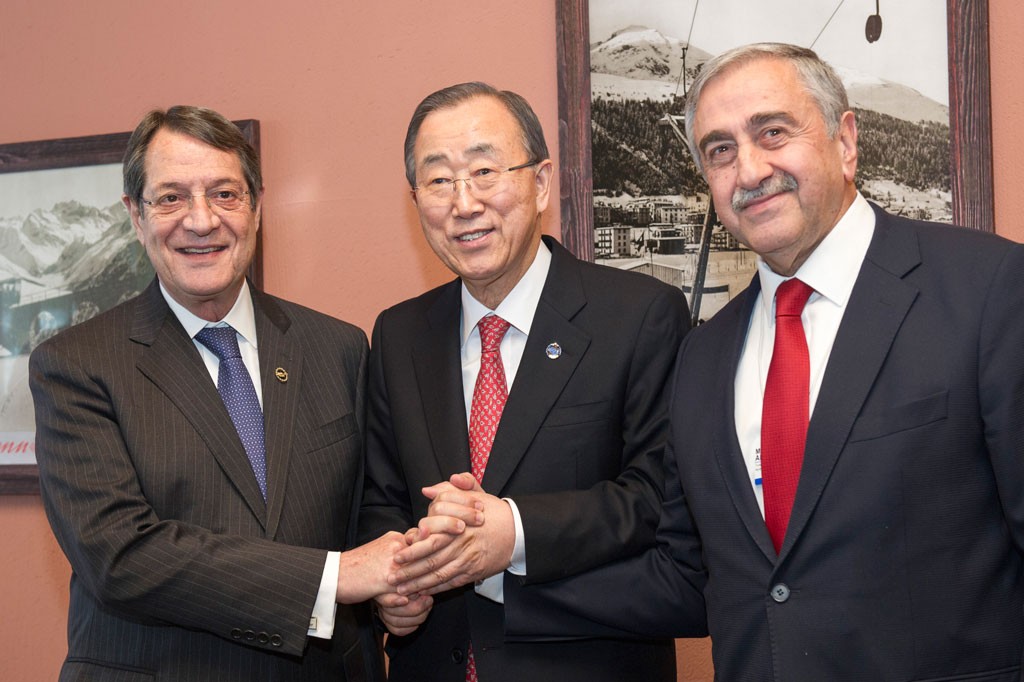 On Thursday, Mustafa Akıncı and Nicos Anastasiades will meet for the first time following a row over a dinner in Istanbul, which the Greek Cypriot leader refused to attend in protest at the inclusion of his Turkish Cypriot peer at the same event.

Last week, Akıncı travelled to Istanbul to attend a banquet hosted by the Turkish President and used the time to also hold a meeting with UN Secretary-General Ban Ki-moon, who was in Turkey for the UN World Humanitarian Summit. His presence caused a diplomatic furore which at one point threatened the Cyprus Talks.

Greek Cypriot President Nicos Anastasiades was among thousands of stakeholders who had converged in Istanbul on 23 May for an historic two-day Summit to discuss the world’s biggest humanitarian crises.

On the same evening, Turkish President Recep Tayyip Erdoğan threw a dinner for the 55 heads of state attending the Summit – including Anastasiades even though Turkey does not have any diplomatic ties with South Cyprus.

President Erdoğan also extended an invitation to the TRNC President, sending his own plane to Lefkoşa to ensure Akıncı could attend the dinner.

When the UN Secretary General’s special envoy to Cyprus Espen Barth-Eide called Anastasiades to inform him the Turkish Cypriot leader would be joining them, he was told: “You have a nice dinner, I will not be attending”.

And with that the Greek Cypriot leader boycotted the dinner and flew home early. Anastasiades also cancelled his planned meeting with Eide on Thursday and the two leaders’ scheduled peace talks on the Friday.

The developments in Istanbul meant a missed opportunity for the two Cypriot leaders to stand united before fellow world leaders and media. Instead, Anastasiades called the situation a “mess” and demanded respect for the status quo, where only he is recognised as a President and Akıncı a mere community leader, angering the TRNC President, who called Anastasiades’ actions “emotional” and “ill-considered”.

During a press conference, President Akıncı underlined the fact that he was not present at the Summit, but a dinner hosted by the Turkish President and also met with Ban Ki-moon, who is eager to see the Cyprus problem resolved before his term as UN Secretary-General (UNSG) ends in December.

The TRNC President added, “We are sincerely doing all we can to bring about a settlement. But this does not mean that the Turkish Cypriot people cannot attend a dinner hosted by the President of the only country to recognise us, or that we should not hold an important meeting with the UN Secretary-General. Such intolerance is not remotely a situation we can accept.”

He emphasised the need for all parties to respect the “equality” of the Turkish Cypriots and that such equality could not be limited to the Buffer Zone. Nor was it for the Greek Cypriot regime to determine with whom the TRNC President met.

A call by the UNSG to Anastasiades on Friday helped clear the air and put the Cyprus talks back on track. Ban Ki-moon reassured the South Cyprus leader that the UN’s position on the status of the two sides remained the same and urged “the two leaders to intensify their efforts towards reunifying Cyprus, in a climate of mutual respect, in order to bring an end to the unacceptable status quo, in the interest of all Cypriots.”

No date has been fixed for the resumption of the talks. However, the two leaders will meet at the Home for Co-operation in the Lefkoşa Buffer Zone on Thursday morning to show their support for the work of the Bi-communal Technical Committee on Education, which they had set up.

A pilot scheme will see 50 students from each community aged 11-12 participate. The two Presidents will see a live session involving teachers experienced in bi-communal work run theatre, music, art and traditional games for mixed groups of students, helping the children to realise the common heritage and interests they share in spite of their different languages.