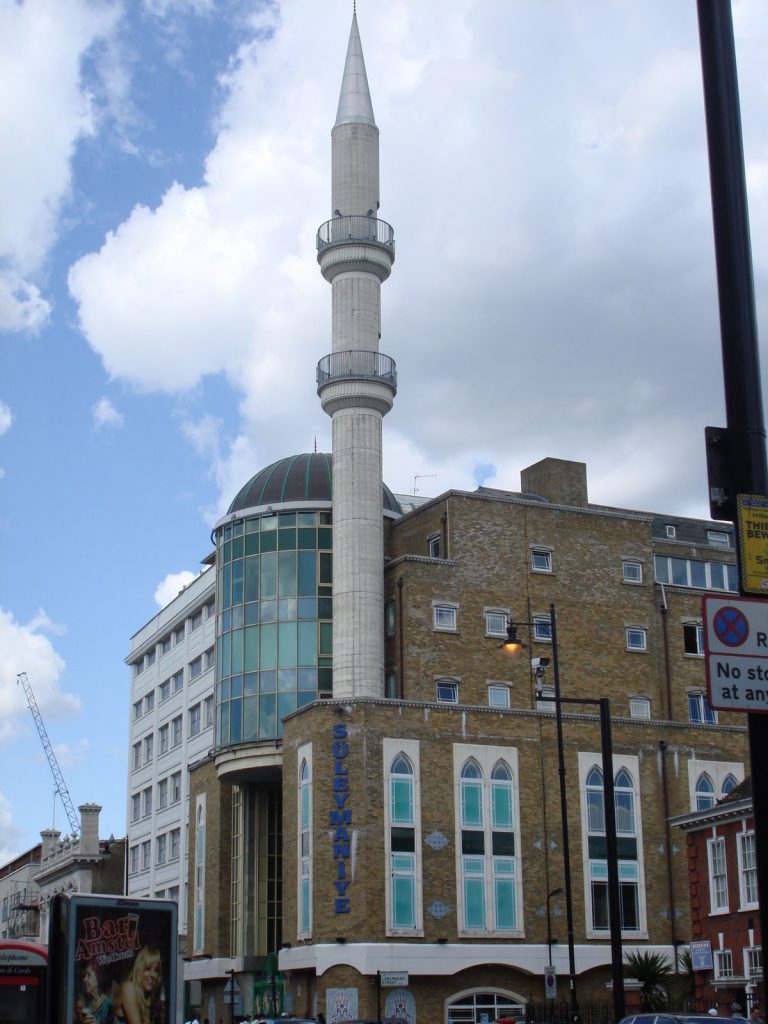 An East London mosque has been criticised for refusing to create space for women to pray on the first day of Eid al-Adha (the Festival of Sacrifice or Kurban Bayramı in Turkish).

Poet and community activist Mohamed Mohamed and his wife had turned up at Suleymaniye Mosque in Dalston on Friday, 31 July, having reserved tickets to participate in the traditional early morning Eid prayers, only to be told women were not being admitted.

The Turkish-owned Suleymaniye Mosque has a large main hall (pictured above) and a separate prayer space for women, but the couple were apparently told it wasn’t being opened for Eid prayers – normally the busiest day for mosques.

Mr Mohamed tweeted about the incident:

“Amazing start to my #Eid morning! My wife and I reserved tickets only to be turned away because “No space for women” from Suleymaniye Mosque (Hackney).

Don’t use COVID-19 as an excuse. It’s a huge mosque. You can stagger prayer times. So many ways to make space #EidMubarak”.

The tweet was liked and retweeted dozens of times.

Amazing start to my #Eid morning! My wife and I reserved tickets only to be turned away because “No space for women” from Suleymaniye Mosque (Hackney).

Don’t use COVID-19 as an excuse. It’s a huge mosque. You can stagger prayer times. So many ways to make space#EidMubarak

Replying to Mr Mohamed’s tweet, Rumena Aktar said: “I’m not surprised…so many mosques still so blatantly unaccepting to women. We need to start boycotting these mosques.”

Later that morning, Mr Mohamed tweeted again to say he and his wife had managed to pray at nearby Shacklewell Lane Mosque (also known as Majsid Ramadan).

When the couple had called Shacklewell Lane Mosque to enquire about provisions for women, they were told “we never turn away women”.

Shacklewell Lane Mosque – the UK’s oldest Turkish-owned mosque – has a reputation as one of Britain’s most tolerant and progressive Islamic places of worship, due to the prominence it gives to inclusivity, interfaith activities and community activism.

We’ve prayed now, Alhamdulillah. We went to Ramadan Mosque in Hackney. We called them up and they said “we never turn away women” pic.twitter.com/orxmorkamw

A spokesperson for Suleymaniye Mosque countered Mr Mohamed’s version of events, telling T-VINE that “provisions were made for women to pray in a separate room during the second Eid prayer session.”

Suleymaniye’s spokesperson said they had “huge demand” from men wanting to pray at the first prayer session ahead of Friday, prompting the mosque’s management committee to take the decision to use the women-only space for men too:

“We made it clear on our website and to those who called that the first prayer time was for men only. The women’s area was also open, but used by men due to the huge demand, which we had to accommodate while applying Covid rules for social distancing.”

“In the second prayer session, men again used both the main hall and women-only space, but we opened another room for the few women who came to pray,” the spokesperson explained.

The booking form currently on display on Suleymaniye Mosque’s website states “brothers only at the moment”. The message is posted alongside the name field for those wishing to book a ticket to attend one of the mosque’s two Friday lunchtime prayers – Friday being the holiest day of the week for Muslims.

Eid Mubarak. I’m not surprised…so many mosques still so blatantly unaccepting to women. We need to start boycotting these mosques 🤔 Glad you both managed to pray in the end though.

The lack of prayer time access for women in mosques is a long-standing problem for British Muslims that predates the coronavirus crisis.

A 2018 report by the Guardian said, “More than a quarter of mosques in the UK have no facilities for women and, in the remainder, access is often restricted and the space they are given inadequate.”