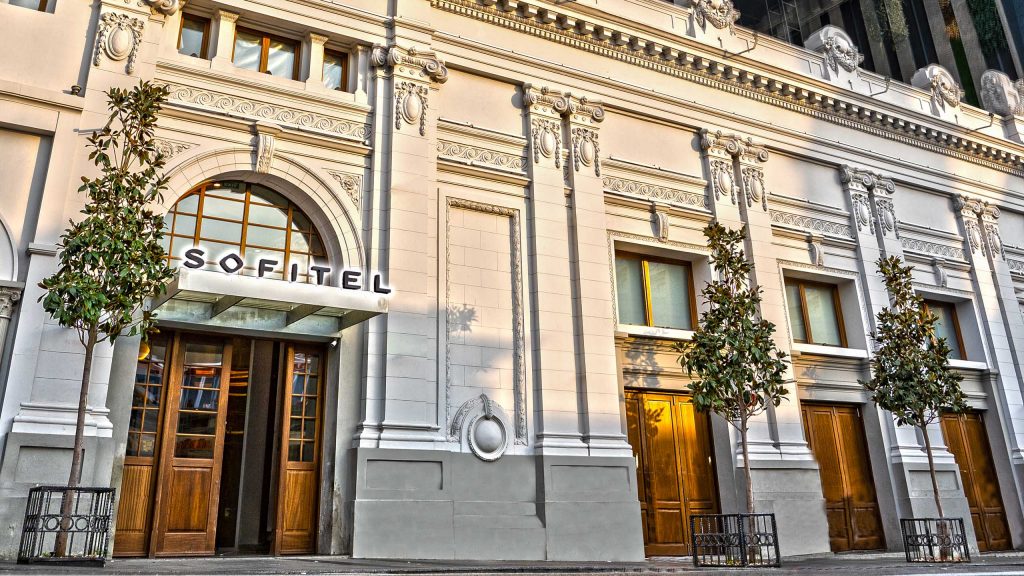 For years it was the venue where stars performed, and where ordinary folk could come and watch, rubbing shoulders with the rich and famous. When Taksim’s Grand Maksim Gazino finally closed its doors in 2004, its fate was unknown.

Earlier this month, the remodelled site opened to the public as a high-end hotel. Part of the global Sofitel chain, the Sofitel Istanbul Taksim in the heart of the city was developed in partnership with Turkey’s Tuna Group (Tuna Yapı) at a cost of $100 million.

Presenting itself as “a luxury haven offering an impeccable blend of Sofitel’s inspired mix of French modern elegance with the cosmopolitan style of Istanbul”, the new hotel has 202 chic guestrooms, including 33 suites, and offers expansive views of Taksim Square or the nearby Bosphorus strait.

Five-star treatment permeates the new hotel, with special services such as private check-in, and wellness in the form of a state-of-the-art fitness centre and Sofitel Spa comprising seven treatment rooms and a Turkish hamam. Alternatively, guests can take a dip in the hotel’s rooftop pool, or eat and drink at the rooftop bar and restaurant, while enjoying the panoramic views.

Located on Sıraselviler Caddesi, the hotel is also equipped to host business and social events of all kinds: it boasts two elegant ballrooms, as well as three purpose-built meeting rooms.

The development has kept the façade of the building that once housed Grand Maksim Gazino (Maksim Gazinosu in Turkish) and the equally famous Cinemajik cinema that was on the floor above.

It was first opened by Afro-American Frederick Bruce Thomas. From Coahoma County, Mississippi, Thomas moved to England to pursue his love of music. He travelled Europe and, while working for a Russian nobleman, ended up in Tsarist Russia where he stayed. Within a decade, he became Moscow’s entertainment king, whose empire included the club Maxim.

Thomas moved to Istanbul after the Bolshevik Revolution, and within months opened Stella – Istanbul’s first entertainment venue – in Şişli. A few years later, he moved to a new site in Taksim.

The 1914 building, designed by Italian architect Giulio Mongeri, also housed the huge Cinemajik theatre. In the space adjacent to the cinema, at the back of the building, Maksim was born in 1921.

Thomas was the first to import jazz to Turkey and the music hall’s reputation quickly grew as he hosted the best jazz bands and dances: Maksim is where people came to show off their Foxtrot, Charleston and ‘Black Bottom’. However, Thomas fell on hard times and when he died in 1928, the club faltered too.

It took Fahrettin Aslan to restore the fortunes of Maksim. He and his partner Emin Yeyman completely refurbished the venue, offering a glamorous new space where people could come and dine, while also listen to the best artists in Turkey.

The doors re-opened on 28 October 1961 and until the military coup of 12 September 1980, Maksim remained the city’s premiere entertainment venue. Although it recovered from the coup, the venue was hit by a new threat: television. People did not need to seek out live entertainment as before, when leading stars could be broadcast direct to their living rooms.

The club opened and closed a few more times, before closing for good in 2004. The land was sold by Fahrettin Aslan to Tuna Yapı. Primarily a cladding specialist, the firm wanted to redevelop the space into a luxury hotel, while retaining its entertainment heritage. In 2014, the local authorities agreed to their plans and five years later, Sofitel Istanbul Taksim welcomed its first guests.