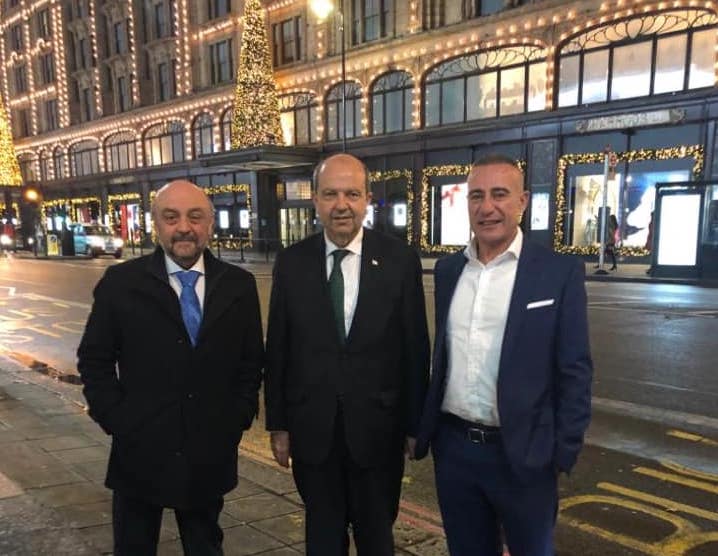 The Prime Minister of the Turkish Republic of North Cyprus (TRNC) has confounded those who claimed he would be arrested on arrival in Britain over his role in the now defunct Polly Peck International.

Ersin Tatar arrived at Heathrow Airport on Thursday evening following meetings in Strasbourg and passed through immigration control without any problem. It was his first visit to the UK since 1991.

The Cambridge University-educated politician, now aged 59, had been an employee of Polly Peck working in its finance department. A police officer at the 2012 trial of Polly Peck tycoon Asil Nadir claimed Mr Tatar had tried to shred evidence when the office was being searched in 1990. In his court testimony, Det Insp Hawkins said Mr Tatar told him the papers he had torn up were “not important’.

After a two-year trial, Mr Nadir, now aged 78, was convicted of the theft of £29 million from the company he had built into a global conglomerate. He was jailed for ten years, but released after serving only four and repatriated to Turkey and from there to North Cyprus in April 2016.

Rumours had circulated for years that Mr Tatar was on a ‘wanted’ list, but this was quashed in recent days by the authorities in Britain. Local media reported that a letter was sent to the TRNC Prime Minister from the UK’s Serious Fraud Office, which had initially investigated Polly Peck, stating that he was neither wanted nor under investigation as it was “ no longer in the public interest”.

The TRNC Prime Minister will hold a series of meetings with community groups and members of the Turkish Cypriot diaspora over the next few days, before returning to North Cyprus.