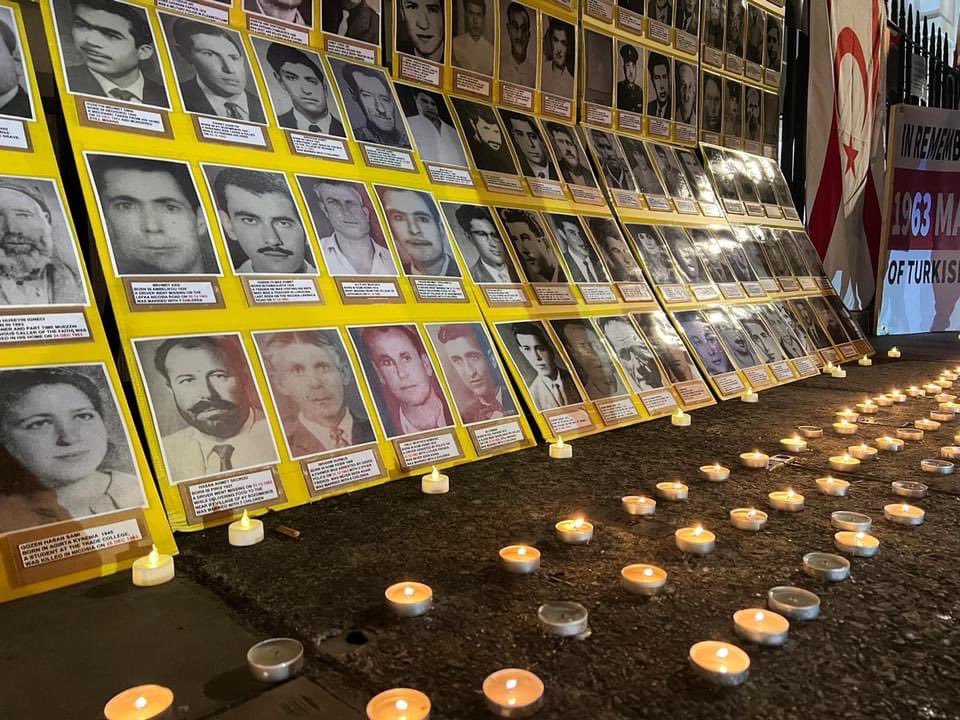 British Turkish Cypriot groups have confirmed that a vigil will again be held outside the Republic of Cyprus’s London High Commission to commemorate all those killed during the ‘Bloody Christmas’ attacks in Cyprus in December 1963.

The vigil is open to all members of the public who wish to come and show their respects on this tragic anniversary.

Dubbed ‘Bloody Christmas’, this brutal campaign, initiated by Greek Cypriot leaders on 21 December 1963 and carried out by terror group EOKA, aimed to force Turkish Cypriots out of the power-sharing government and allow the larger Greek Cypriot community to seize full control of the island.

During a ten-day killing spree, 133 Turkish Cypriots were murdered by EOKA, while a quarter of all Turkish Cypriots, some 25,000 to 30,000 people, were displaced from their homes.

Many more Turkish Cypriots were to be killed or go missing in the months immediately after Bloody Christmas, which marked the start of the decade-long Cyprus Conflict.

A press statement from the vigil’s organisers said: “Not only will the vigil commemorate all those murdered by the Greek Cypriot authorities – who have continued their illegal occupation of the Republic for the last 58 years – but we will also present the Greek Cypriot High Commission with a list of demands”.

Among the “demands” are for the Greek Cypriot authorities to “tell its people and the world the truth about the Cyprus conflict”, to “recognise the suffering of Turkish Cypriots and apologise for its role in persecuting them” and to “bring to justice all those responsible for crimes against humanity in Cyprus.”