Divisive or freedom of expression and belief? T-VINE explores the controversy around The Lady of Heaven 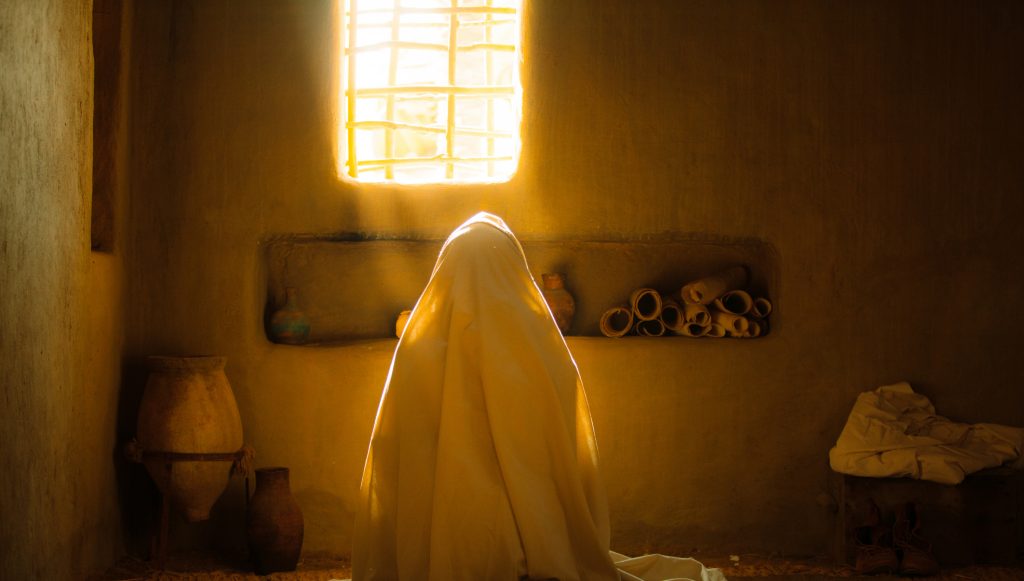 The Lady of Heaven was the talk of the town last week when UK cinema chains Cineworld and Showcase ceased all screenings of the “blasphemous” film on the big screen.

The British film claims to depict the origins of terrorism in Islam and its first victim, Lady Fatima, the daughter of the Prophet Muhammad.

The film, which cost £12 million to make, is directed by Eli King, an Australian Egyptian, and stars a British Turkish Cypriot actor in a leading role. The actor’s identity has had to be withheld by the film’s producers due to fears for his safety. Yet even without any publicity he and other members of the film’s crew and cast have “received threats”, the actor told T-VINE.

Muslims of the Sunni school of Islam have blasted the film for disrespecting their religion and painting the Prophet Muhammad’s companions Abu Bakr and Omar ibn al-Khattab as heinous traitors.

A petition, which has garnered more than 133,000 signatures, was started on Change.org to have the movie’s nationwide screening cancelled before its UK debut on June 3.

Muslim protestors assembled outside Cineworld venues in Birmingham, Blackburn, Bolton, Bradford, Leeds and Sheffield seeking to halt screenings of the film, labelled as “sectarian” and “blasphemous” by the Bolton Council of Mosques and Muslim news site 5Pillars.

The UK’s leading body for Muslims, the Muslim Council of Britain, and eight Shia scholars called the film “divisive” and accused it of “fuelling hatred” within the Muslim community.

Roshan Muhammad Salih, the editor of 5Pillars, even wrote on Twitter that “[The] Lady of Heaven should be banned because it might lead to communal violence. Muslims love the Prophet and Sahabah (companions of the Prophet) so much that provocations like this might lead to criminal reactions from some misguided individuals.”

These protests proved to be a success on June 8, when Cineworld removed the film from their schedules nationwide, stating it was to “ensure the safety of our staff and customers.” Showcase followed their lead soon after.

Yet the campaign to cancel The Lady of Heaven has also tremendously backfired. All the ruckus has succeeded in fuelling yet more news headlines, boosting the publicity for this low-budget film even more, not just in the UK but also worldwide.

One cinema company that hasn’t bowed to the backlash is Vue. Even with an East London venue recently getting mobbed by protestors, Vue cinemas continue to screen the highly criticized The Lady of Heaven.

A spokesperson for the cinema chain said that Vue “takes seriously the responsibilities that come with providing a platform for a wide variety of content and believes in showcasing films of interest to diverse communities across the UK.”

Religion is usually a touchy subject, but is demanding the removal of this film justifiable?

The Lady of Heaven is currently banned in Egypt, Pakistan, Iran, Iraq and Morocco. Having it cancelled in a country like Britain, however, is a completely different story…

The two cinema chains’ controversial decision to pull the film was met with rebuke by the general public. Escalation of cancel culture, to the point it eventually has authority over freedom of speech, is an explicit concern here.

Cinema ought to be an unconstrained form of art, and The Lady of Heaven didn’t exactly distort any historical information… not for the Shias anyway.

In fact, executive producer Malik Shlibak, himself a Shia, told Sky News, “We spent a year in pre-production making sure the history is accurate.” 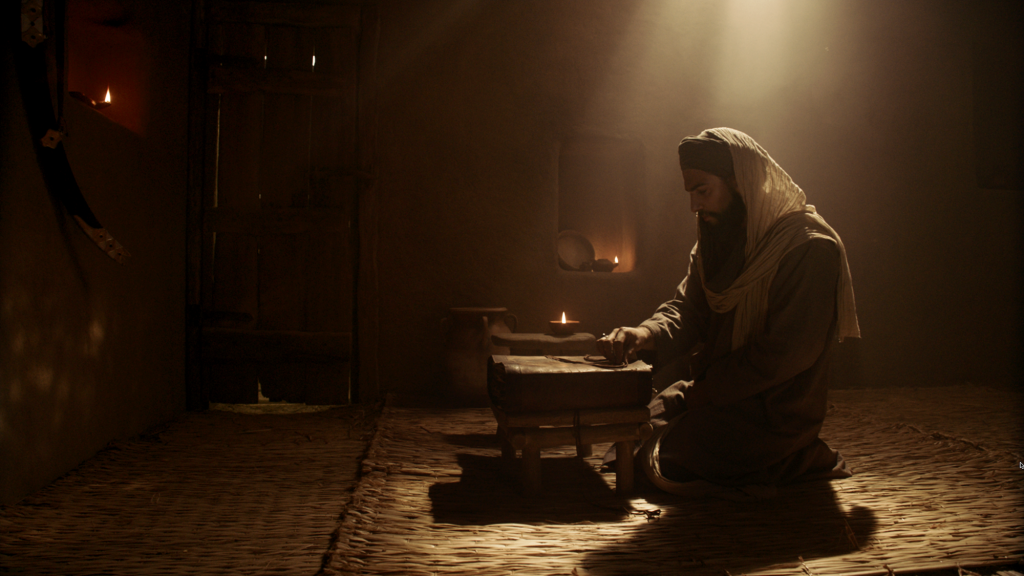 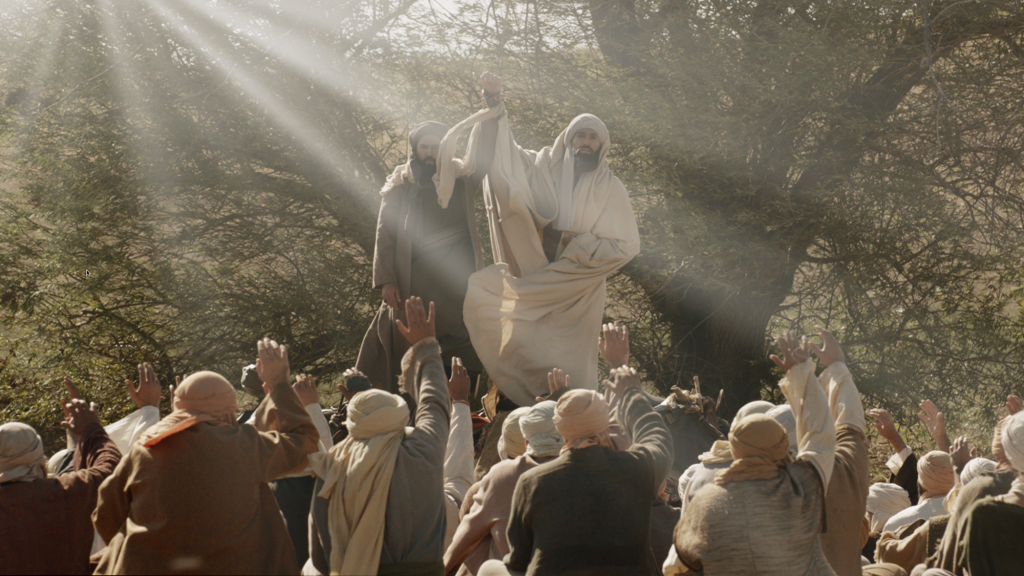 Creatives behind the film also specified that in order to be respectful of Islamic traditions, representation of Holy Personalities were achieved through a synthesis of actors, CGI, lighting and visual effects, instead of being played directly on screen by actors, which is unacceptable for many Muslims.

The result of their efforts is debatable, and traditionally-minded Muslims may be unimpressed by this poor attempt. That said, not all Muslims are bothered by the Prophet and other Holy Muslim figures being depicted by actors on media. It is also something that does not bind non-Muslims.

In a statement, the British Board of Film Classification (BBFC) explained that “Filmmakers are free to explore historical or controversial themes and events within their films. The BBFC’s role is to ensure the content is classified appropriately based on our guidelines..”

That view was echoed by Shlibak, who said: “This is an artistic endeavour talking about and elaborating on history and religion, which always has a plethora of different takes and interpretations. We welcome people to express themselves, whether they’re for or against the film.”

“What we don’t support, and what we vehemently stand against, is what they’re trying to do, which is to censor others and dictate what we can and cannot watch in UK cinemas.” 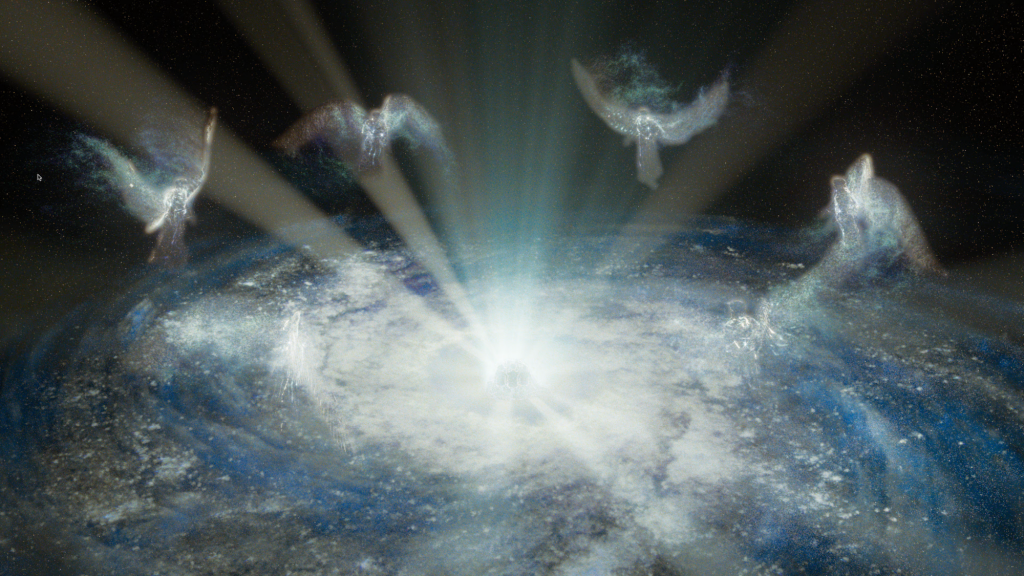 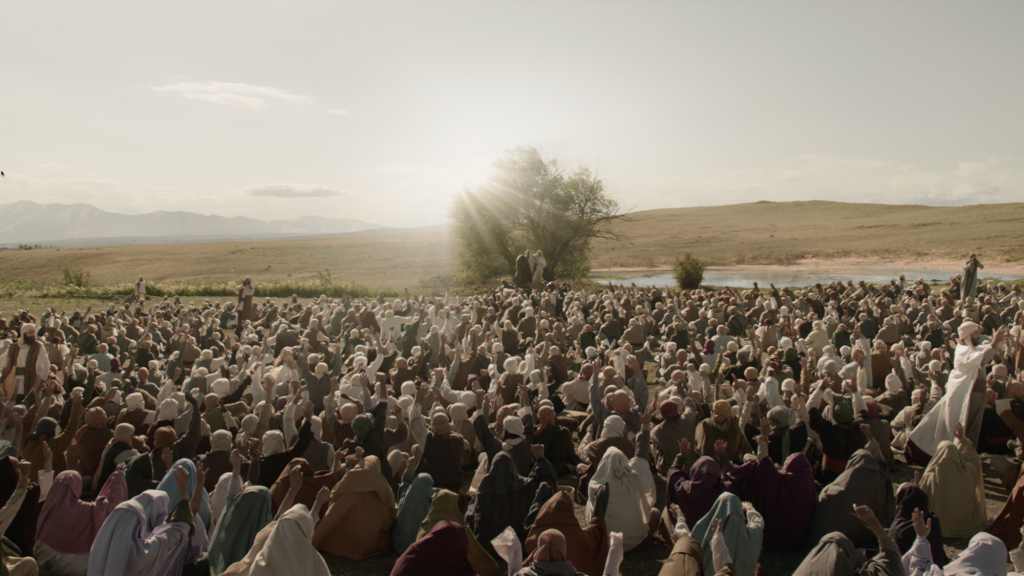 Cleric Shahid Ali, who took a notable role in organising protests in Britain, countered by saying “When someone openly expresses their views against, let’s say, gay people, then it’s homophobia, or someone openly expresses their views of negativity against Jewish people or their religion, it’s anti-Semitism. When it’s against Black people, it is racism. But when it comes to Muslims, it’s freedom of speech. And Muslims are really fed up.”

This attempt to conflate hate thought with discourse on sensitive issues and historical events through art is not the same at all! Laws already exist in Britain that protect all, including Muslims, from different forms of hatred. Such laws cannot and should not be used to censor freedom of expression.

Moreover, The Lady of Heaven was made by Muslims presenting the Shia perspective on Islamic history. Thus, it cannot be coined as ‘Islamophobia’ just because it contradicts the Sunni sect’s belief.

The controversy has led to more discussions on the parameters of freedom of expression in the UK.

The Baroness Claire Fox also put her two cents in, criticising Cineworld on Twitter: “Creep of extra-parliamentary blasphemy law censoring film. Same “I Find that Offensive” cancel culture arguments now being used far beyond campus activism. Disastrous for the arts, dangerous for free speech, a lesson to those who argue identity politics are no threat to democracy.”

In an interview with BBC, 5Pillars editor Salih challenged that Britain isn’t as tolerant to freedom of speech as people claim: “There’s no such thing as unbridled freedom of speech in this country. We’ve seen that by the banning of Russian TV channels in the last few months.”

If the filmmakers went to such great lengths to stay respectful and historically accurate, why has the film still caused such outrage?

The ideology clash between Sunnis and Shias originate from their contrasting opinions on who should have succeeded Prophet Muhammad. Sunnis are of the belief that there were no successors and Abu Bakr was elected as the first Caliph. On the flip side, Shias believe that the Prophet had chosen his son-in-law Ali as his successor.

The Lady of Heaven goes back and forth between a modern storyline about ISIS’ ruthless invasion of Iraq and the events that occurred during Lady Fatima’s life in the seventh century.

In the film, Prophet Muhammad’s companions, Abu Bakr and Omar Ibn Al-Khattab, betray the Prophet and his family, revolting against the “nepotistic” succession and leadership over the Muslim community. They resort to violence to gain power, while Ali and Lady Fatima do not retaliate. Lady Fatima is brutally beaten when Omar raids her house to capture Ali, dying soon after due to her injuries.

Along with Prophet Muhammad’s wife Aisha, most evil characters are played by black actors, which has brought up accusations of racism.

The writer of The Lady of Heaven is Kuwaiti Twelver Shia scholar Sheikh Yasser al-Habib, who has been described as a “radical” and has form in “insulting” Sunni Muslims. That in itself was enough for many to dismiss the film without even seeing it. 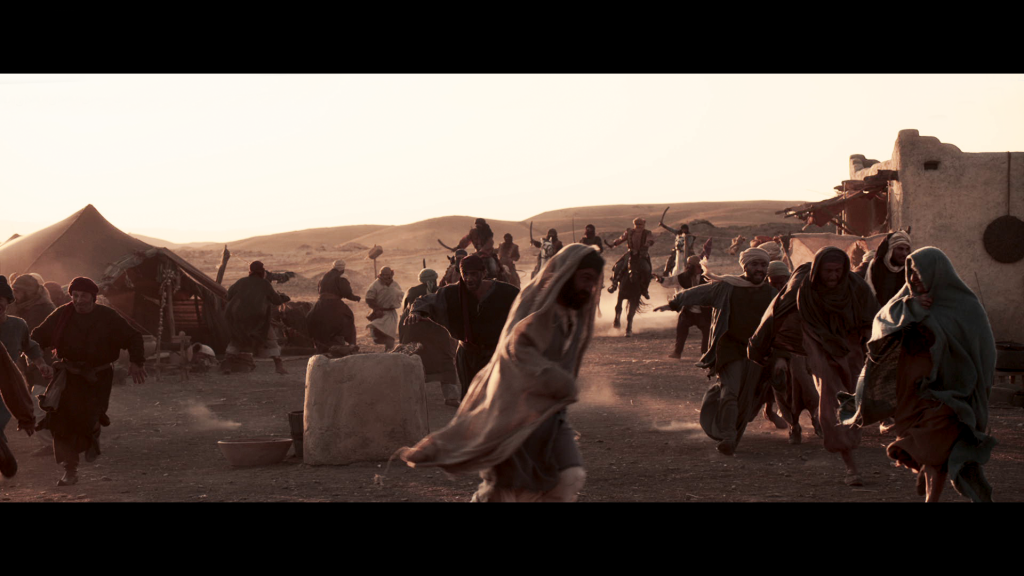 Yet the movie reflects the commonly held Shia view of early Islamic events. This historical depiction, however, is fiercely resisted by Sunnis, who make up “roughly 85 percent of the world’s Muslims,” according to Council on Foreign Relations.

The most criticized part of all is how the film explicitly compares the regime and motives of Abu Bakr, Omar ibn al-Khattab and Uthman ibn Affan to modern Jihadist terrorist organisation ISIS. For Sunnis, these three men are revered, founding figures of Islam alongside the Prophet Muhammad.

On a Sky News live debate with Shlibak, Shahid Ali said “If they are portrayed in this divisive and inflammatory and inciting movie, as terrorists, then Muslims who naturally love and revere these figures, who are founding figures of our religion, this creates an impression in the viewer – especially those who have little or very minimal knowledge of Islam – that the central figures of Islam are indeed terrorists, and all Muslims who revere them and honour them are similar.”

All pictures © The Lady of Heaven