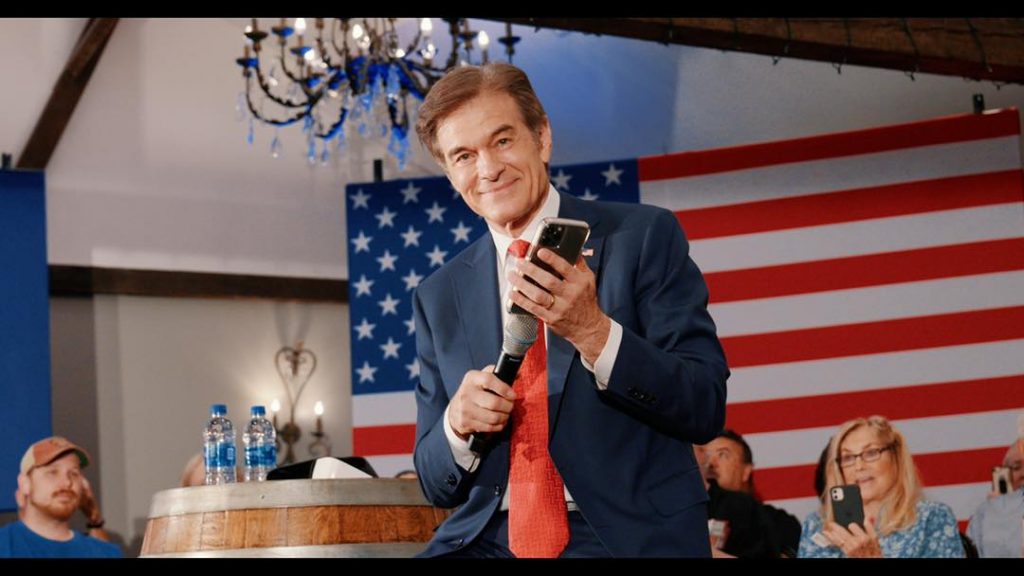 Öz will face the Democrat candidate, Lieutenant Governor of Pennsylvania John Fetterman, in the Midterm US Elections in November. If Dr. Öz, whose parents are from Türkiye, beats Fetterman, he will go down in history as the first Muslim senator in the United States.

“It’s now clear to me with the recount largely complete that we have a nominee. And today I called Mehmet Oz to congratulate him on his victory,” former Bridgewater Associates CEO McCormick told Associated Press on June 3.

McCormick’s statement conceding defeat came after his campaign let rip a wave of racially charged advertisement attacks on local airwaves and online targeting Öz’s dual Turkish and US citizenship, his ties with Türkiye politics and comments, which are seemingly at odds with what the GOP (Republican Party) stands for.

One advert pointed out that Öz was “in the Turkish Army for crying out loud”. McCormick went on to compare his experience as a US Army combat veteran in the Gulf War and Öz serving in the Turkish Army. He further challenged Öz to get rid of his Turkish citizenship right away to prove his loyalty to the US.

Another one of Öz’s Republican opponents, Carla Sands, who formerly served as US Ambassador to Denmark during President Trump’s term, also sought to attack the Cleveland-born celebrity physician with comments like “My opponents are Turkey First and China First; I’ve been AMERICA FIRST since day one.”

Following these racist jabs and criticisms, Dr. Öz, who identifies as a Sufi Muslim and is proud of his ethnic roots, announced that he will discard his Turkish citizenship if elected as senator. 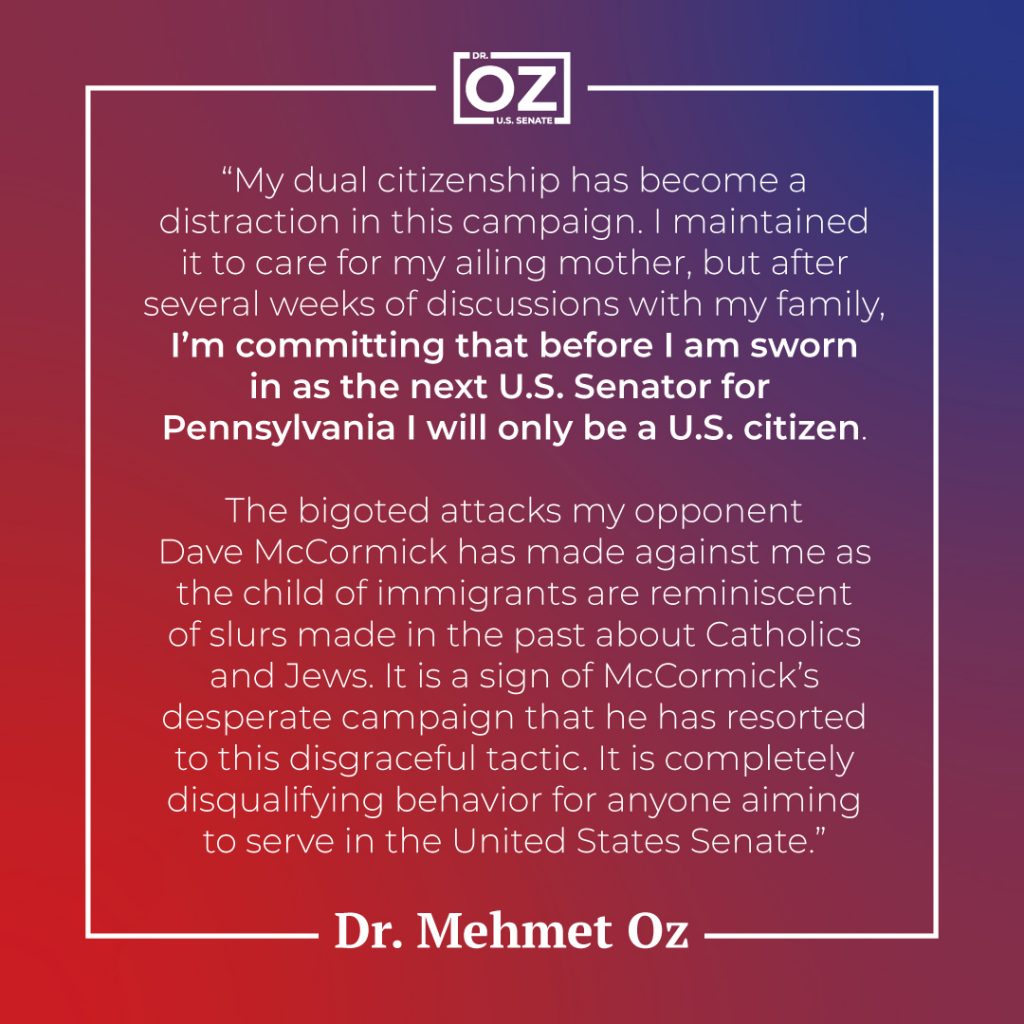 Another of McCormick’s persistent attacks on Öz positioned him as a ‘Liberal con artist’ posing as a Conservative. The accusations played out at the ballot box as 62-year-old celebrity doctor won the primary against McCormick, held on 17 May, by a slender 1,000 votes. A big chunk of loyal Republican supporters still question Öz’s credibility due to his slightly blurred stances on key conservative issues, such as trans rights, gun laws, and abortion rights.

One unexpected way the Turkish-origin doctor managed to confound his critics was through Donald Trump’s surprising endorsement of him on April 9. While the two men get on well, and Dr. Öz was invited to be on the former President’s Sports and Fitness Committee in 2018, Trump also hit notoriety for banning Muslims from entering the States a few years prior. The ex-President’s initial pick was actually Sean Parnell, who withdrew after domestic abuse allegations about him arose.

“I have not had one call from a voter who supported the endorsement. They are pissed off,” said Vice Chairman of the GOP in Washington County, Western Pennsylvania Mark Hrutkay, “This doesn’t mean they are abandoning Trump, because they’re not. They just don’t understand the endorsement.”

Dr. Öz’s views, repeatedly highlighted by McCormick’s ads, seem to clash with the Conservative ideology. However, Öz countered by claiming his stance on trans rights and abortion centre on good human values and that his views are reflective of the Second Amendment, which in turn align with the Conservatives. While not all voters were convinced by Öz’s stance and explanation, the influential former American president clearly was.

“He [Donald Trump] compared me to Dave McCormick and looked at the details of our records. Did we stand up for folks? Are we pro-Second Amendment, pro-life? Are we pro-American energy dominance? Are we tough on crime? Will we fight against the woke mob that wants to tear down much of what they think is our irredeemably stained society? And he decided I was the best person to carry that banner,” Öz told Delaware Valley Journal as to the reason he won Trump’s endorsement.

Having jumped on board the Öz train, Trump went on to actively denounced his opponents during the fiercely contested race. Trump also noted his friendship with Öz that went back decades, which was another reason why American’s former Commander-in-Chief put his trust in Öz as the right candidate for the Republicans in Pennsylvania.

Trump’s unwavering support was significant in swaying sufficient numbers of voters in Dr. Öz’s direction to win in the Republican primary, but will it be enough to win the state outright?

Pennsylvania’s importance for the GOP is that it’s a ‘swing state’ and the Republicans only need one more seat to obtain full control of the Senate. However, current affairs publication Politico predicts that it is more likely for the Democrats to bag a win in the state in the Midterm Elections following the deep rifts caused by the GOP candidates’ divisive campaigns.

Dr Öz will be keen to confound the political pundits too and emerge victorious as Pennsylvania’s new Senator on November 8.