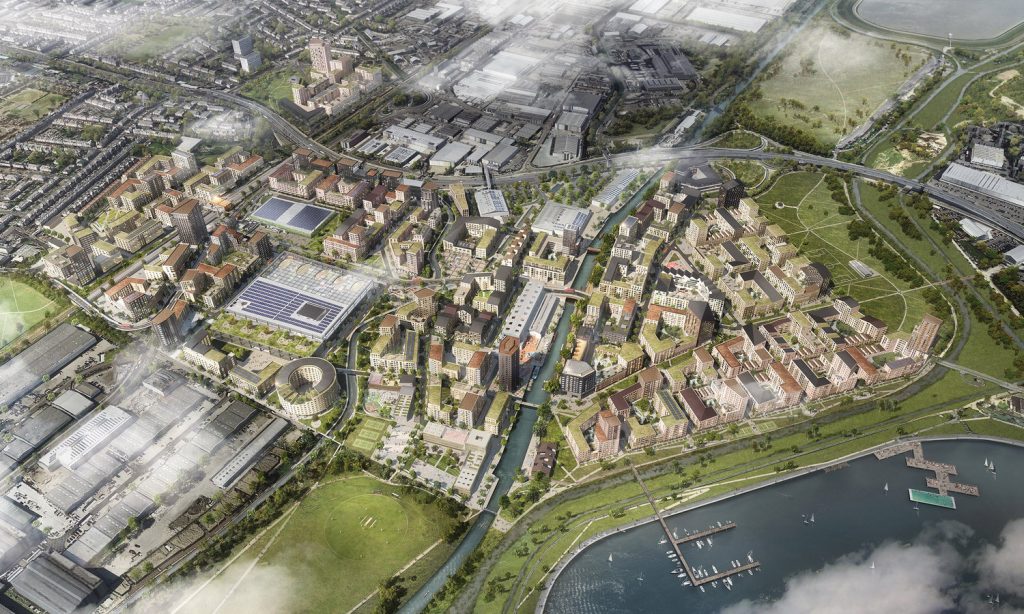 A major regeneration programme in Enfield, North London, which will eventually see the creation of 10,000 new homes is “back on track”, the borough’s leader has said.

Labour’s Nesil Çalışkan, who is of Turkish Cypriot ethnicity, made the comments after Enfield Council named Galliford Try as the developers for the first phase of the Meridian Water project.

The huge housing plan ran into problems in 2017 when Barratt, which had been due to build the entire scheme, had a falling out with Enfield Council, according to a report by Housing Today.

Cllr Çalışkan, who became Enfield Council leader last year, was unhappy over previous plans that would have seen only a quarter of Meridian Water homes allocated as “affordable”.

There had also been concerns from Çalışkan that land earmarked for Meridian Water would have been at risk had Enfield councillors failed to agree to the North London Waste Plan (NLWP), which was eventually approved last November.

The NLWP – which includes part of an industrial estate in Edmonton (Pinkham Way) as a potential waste facility – proved controversial with Cllr Çalışkan facing calls to resign after she “suspended” one of her Cabinet members, Yasemin Brett, for failing to back it.

Another Cabinet member, Ahmet Öykener, who is also of Turkish Cypriot heritage, had previously said that failure to approve the NLWP could have meant central government giving permission for a waste facility to be located in the Meridian Water “corridor” instead.

In a video message issued via her Twitter account on Monday, Cllr Çalışkan said that she had made good on pledges issued when elected in May 2018.

#Enfield residents are experiencing the negative impacts of the housing crisis.

Within 12 months @MeridianWater project back on track. But it’s not just about homes, it’s about the place, shaping & building a community, together with local people. @EnfieldCouncil pic.twitter.com/LxqZweE1Z3

“I said one of our top priorities was to get Meridian Water back on track,” she said. “I wasn’t willing to hand over £350 million worth of land to one private developer.

“I thought overseas sales risks were too high and 25 per cent affordable [homes] was just not good enough. And within less than 12 months we have developed a new strategy, site by site, phase by phase, and Meridian Water is not only back on track, but we’ve appointed a new developer for Phase 1 to deliver at least 725 homes at 50 per cent affordable.”

Cllr Çalışkan said that it was important that Enfield Council had “control of this project”. She added that a brand new train station called Meridian Water will be opening “very soon”.

“The first homes, which will include a significant number of affordable homes, will be built by 2022,” the statement continued.

“These will be complemented by new public squares, shops and leisure facilities. The new homes will be delivered around the new Meridian Water train station, which is due to open [in May] and serve up to four million rail passengers a year.

“Outline planning permission is already in place for the new homes, with construction enabling work having started in January 2017.”

The Meridian Water development will create 6,000 jobs, the press release said, while the search for a new developer for Phase 2 of the development, at Leeside Road, has started.

The hunt is also on for “strategic infrastructure partners” who will be responsible for creating two new parks, cycle lanes and infrastructure that will provide heat to homes and businesses.

They will also be responsible for “demolition, construction, earth and remediation works” and have a role in “design development”, under a five-year “framework contract” worth £135 million according to an announcement on the Meridian Water development’s official website.