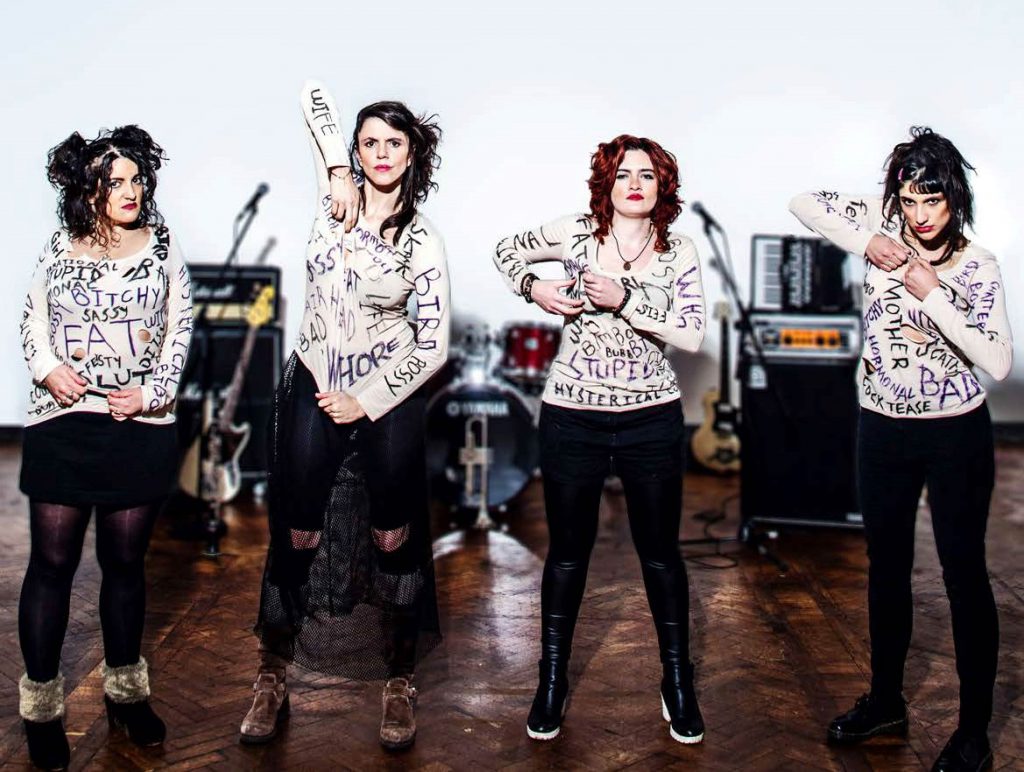 Described as “intelligent and subversive” by The Stage, this gritty production about real people and sexual violence is presented in the form of a gig. Written by Meltem Arıkan and directed by Memet Ali Alabora, with music by Maddie Jones, its all-female cast members Maddie Jones, Pınar Öğün, Francesca Dimech and Holly Mallett tell their traumatic stories through song and dark humour.

Enough is Enough was first staged at Barnabas Arts House, Newport, on 24 January 2017 before travelling to 21 other locations across Wales in the space of a month. The tour finished in Pontypridd on 19 February, with a special performance that followed on 8 April at Wales Millennium Centre, Cardiff. Following each performance, there’s a ‘Shout It All Out’ session, where the audience can respond to the play’s themes, raise questions, and discuss how to take action themselves.

As Meltem Arıkan notes, “Despite all the measures and precautions around the world, abuse, rape and incest cannot be stopped. No matter how hard the states, institutions and organisations try to implement sanctions, no matter how many awareness campaigns are run, individuals often ignore the pain caused by these incidents.

“The aim of this production is to show audiences how these issues are a part of each and every one of our lives, and that these things can happen to anyone.

“Using theatre, music, dance, humour and surprise, we want to create at least a small feeling of awareness, a ‘what if’ moment in the audience that these issues are not far from us and that we often, rather unconsciously, ignore the traumas being experienced around us.”

The play, in English with Turkish surtitles, comes to Gracepoint Theatre, Islington, for one night only.