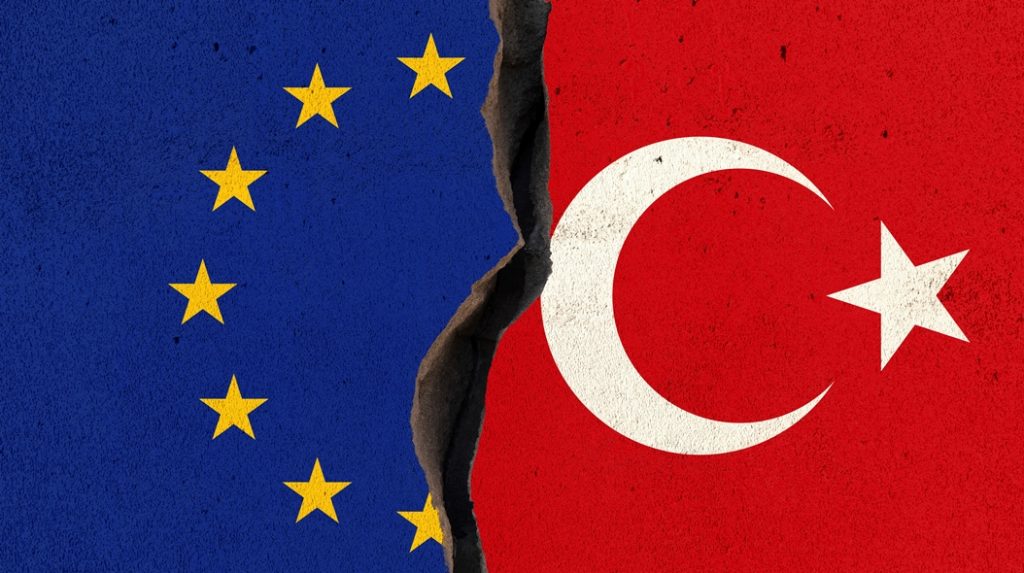 Turkey and the Turkish Cypriots were united in condemnation of the European Union after the bloc announced a series of measures designed to punish Turkey over its drilling activities in the Eastern Mediterranean.

TRNC (Turkish Republic of Northern Cyprus) President Mustafa Akıncı, Prime Minister Ersin Tatar, Deputy PM and Minister of Foreign Affairs Kudret Özersay and other Turkish Cypriot politicians joined the Turkish government in a chorus of criticism of the EU after it chose to side with the Greek Cypriot-controlled Republic of Cyprus in the growing row over the right to exploit potential offshore gas and oil resources.

The EU move came after Turkey launched its second drilling operation in the region, this time to the north-east of the island under licence by the TRNC.

The drill ship Yavuz has started work in waters off the tip of the Karpaz peninsula, after it was dispatched from Turkey on 20 June. Another ship, the Fatih, has been located 60km west of Cyprus, within Turkey’s continental shelf, since May.

The locations were chosen following seismic research by a third vessel, the Barbaros Hayreddin Paşa, which is currently south of Cyprus.

Turkish Foreign Affairs Minister Mevlüt Çavuşoğlu has said that Turkey will send a fourth ship to the region.

However the Greek Cypriot administration claims that the areas in question form part of what they regard as their “exclusive economic zone” (EEZ), which they drew up without consulting with their Turkish Cypriot counterparts, leading to the current tensions.

They have so far signed contracts with international energy firms to explore eight of the 13 “parcels” of the EEZ, with the potential to strike more deals for the remaining five.

On Monday, 15 July, the Council of the European Union adopted measures against Turkey’s “illegal” activities in “full solidarity” with the Greek Cypriots – although some commentators said that the move was largely symbolic and would not have satisfied the Greek Cypriots.

“The Council calls again on Turkey to refrain from such actions, act in a spirit of good neighbourliness and respect the sovereignty and sovereign rights of Cyprus in accordance with international law,” a press statement said.

The EU Council said that it had decided to suspend negotiations with Turkey on the “Comprehensive Air Transport Agreement” and agreed “not to hold the Association Council and further meetings of the EU-Turkey high-level dialogues for the time being”.

“The Council endorses the [EU] Commission’s proposal to reduce the pre-accession assistance to Turkey for 2020 and invites the European Investment Bank to review its lending activities in Turkey, notably with regard to sovereign-backed lending,” the statement continued.

“The Council remains seized of the matter and, in accordance with the European Council conclusions of 20 June, invites the High Representative [Federica Mogherini] and the Commission to continue work on options for targeted measures in light of Turkey’s continued drilling activities in the Eastern Mediterranean.

“The Council will closely monitor developments and will revert to this issue as appropriate.”

TRNC Presidency: “The fact that the EU has … decided to impose certain sanctions on Turkey is not only unacceptable and unjust but it is also non-contributory to the settlement of the [Cyprus] problem”

Brushing off the EU’s communiqué, Mr Çavuşoğlu said it would only serve to strengthen Turkey’s resolve and that Ankara would not allow the rights of the Turkish Cypriots to be usurped.

“If you [the EU] take such decisions against Turkey, we will increase activities [in the Eastern Mediterranean],” he was reported to have said at a press conference in North Macedonia.

“We have three ships in the Eastern Mediterranean. We will send the fourth one as soon as possible. They should understand that they cannot cope with such methods with Turkey.

“We decide what we will do in our own continental shelf.”

Mr Çavuşoğlu said that the EU’s measures would have “no effect” on Turkey and were only taken to “appease” the Greek Cypriot leadership.

“They [the EU] will have to come to us, there is no other way,” he continued. “They know it won’t be possible to implement the decisions they have taken.

“With their absurd understanding of solidarity, they had to take resolutions under the pressure of Greece and the Greek Cypriots.”

A written statement from Turkey’s Ministry of Foreign Affairs said that the EU’s position demonstrated “how prejudiced and biased the EU is with regard to Cyprus as they make no reference to the Turkish Cypriots, who have equal rights over the natural resources of the island, in total disregard of their existence in Cyprus”.

It added that it would not be possible for Turkey to agree to hold talks with the Greek Cypriots – as they have proposed – to agree on maritime boundaries, “because the so-called Republic of Cyprus is not a real state in the eyes of Turkey and the TRNC, as it has not been representing the Turkish Cypriots since 1963”.

In the TRNC, there was a furious response from across the political spectrum over the EU’s failure to acknowledge the rights of the Turkish Cypriots, who are also regarded as EU citizens.

“The fact that the EU has … decided to impose certain sanctions on Turkey is not only unacceptable and unjust but it is also non-contributory to the settlement of the [Cyprus] problem,” a statement from President Akıncı’s spokesman Barış Burcu said.

“This position adopted by the EU does not alleviate the tension in the Eastern Mediterranean… The way out to reduce the tensions and to overcome the deadlocks in our region is not through punishment, but through dialogue based on just cooperation.”

PM Tatar, leader of the National Unity Party (UBP), said that the EU Council had made “yet another biased decision” in favour of the Greek Cypriot side, a decision that would be placed “in the archives” as a “shameful” document.

“The EU should have taken into account the proposals put forward by the representatives of the Turkish Cypriot people rather than taking these decisions against Turkey,” he said, adding that Turkey and the TRNC will “continue to walk on its righteous path”.

Prof Özersay, of the People’s Party (HP), accused EU officials of being “disrespectful of the political will of the Turkish Cypriot people” and that the EU had demonstrated it could not be impartial on neither the Cyprus nor the hydrocarbons issue.

He said that EU attempts to sideline the Turkish Cypriots by calling on Turkey to discuss the matter directly with the Greek Cypriots were “incomprehensible”.

The EU, “instead of encouraging the actors involved to cooperate, is taking steps that are making matters in the region worse,” Özersay added.

“We have been proposing since 2011 to cooperate and co-manage the natural resources,” he stated.

“It seems that we will be waving to each other from gas platforms stationed across one another.

“The Turkish Cypriot side will continue its peaceful but determined operations in areas licensed to Turkey.”

With this decision EU is betraying all its citizens and principles. Rewarding the Greek Cypriot leader who caused the failure of the Cyprus Conference and who flatly rejects all TC calls for cooperation is, to say the least, incompetence. What r EU ambassadors in Cyprus doing? pic.twitter.com/rtBPccBGE6

Taking to Twitter, Özdil Nami, an MP of the main opposition Republican Turkish Party (CTP) and a former Cyprus talks negotiator, wrote: “With this decision EU is betraying all its citizens and principles.

“Rewarding the Greek Cypriot leader who caused the failure of the [2017] Cyprus Conference and who flatly rejects all TC calls for cooperation is, to say the least, incompetence.