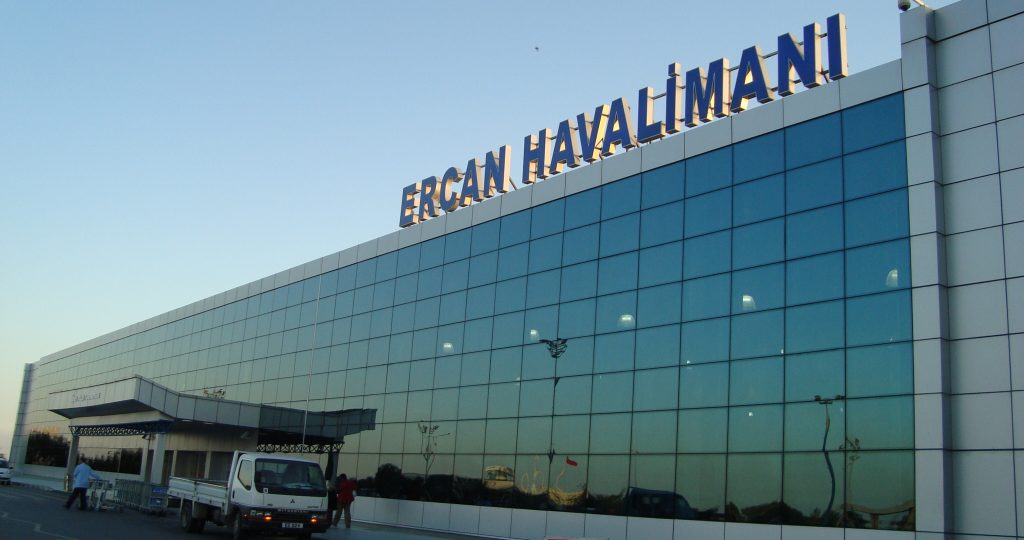 Ten days ago, I highlighted the plight of some 120 British nationals, many of Turkish Cypriot descent, stranded in North Cyprus due to the coronavirus pandemic.

Lots of affected individuals, their British MPs, and community groups have all been lobbying the UK Foreign Office to demand their return.

Since then, there has been a flurry of interest, not least from The Times, which published an article about the situation, highlighting the difficulties of several of those stranded.

Among them was Peter Joanknecht, who sadly found out last week that his partner of 26 years Diane Howe had passed away from coronavirus. He had been trying to get back to Britain since the end of March and was now desperate to be home in time for Diane’s funeral on 19 April.

The Times article (Briton trapped in Cyprus coronavirus lockdown fights to get home for partner’s funeral, 13 April 2020) surely focussed minds because hey presto, three charter flights have since been arranged to repatriate Britons from Cyprus.

Yet, bizarrely, not one of them have been from Ercan Airport – the main airport for the Turkish Republic of North Cyprus (TRNC).

The Council of Turkish Cypriot Associations in Britain (CTCA) has been leading the repatriation effort between the TRNC and UK. Their records show that some one hundred people from their original list of 145 are still in North Cyprus.

The CTCA worked with the British High Commission (BHC) in Lefkoşa/Nicosia to assist the latest repatriation effort, which in turn liaised with the governments of North and South Cyprus to facilitate the safe passage of over 30 people in the TRNC.

The travellers were given special permission to cross the Green Line at the Beyarmudu/Pergamos checkpoint, and then taken to Larnaca Airport in four separate coaches to ensure social distancing. From there, a total of 72 Brits, including Peter Joanknecht, arrived safely at Heathrow Airport on a chartered Cyprus Airways flight.

Two more flights with Aegean Airlines are due out of Larnaca today, one heading to Heathrow, another to Manchester.

Whilst this development is welcome news for many British nationals, there are still huge barriers in place for those scrambling for the limited places being organised for repatriation from Cyprus.

Stranded Brits are being directed by the BHC to register via the airlines’ websites, which can be difficult to navigate if accessed by mobiles. The main contact numbers tend to crash due to the sheer volume of traffic into their call centres, and if you are lucky to get through, most callers will be flummoxed by the requirement to speak or understand Greek to be able to make a booking.

One Brit trapped in Cyprus said that by the time he got the message from the BHC and enquired about flights for himself and his wife, all the seats were booked. Both are keyworkers with a London authority and are desperate to get back.

There are dozens of other UK residents still stranded in the TRNC, unable to get home as they are ineligible for repatriation flights from South Cyprus because they are not British citizens.

The option offered by award-winning UK tour operator Cyprus Paradise, on the table since 19 March, overcame this problem as they did not place restrictions on who could travel with them.

The tour operator has already successfully chartered four flights to repatriate TRNC citizens stuck in the UK, after Turkey and North Cyprus closed their airspace to international flights to contain the pandemic. 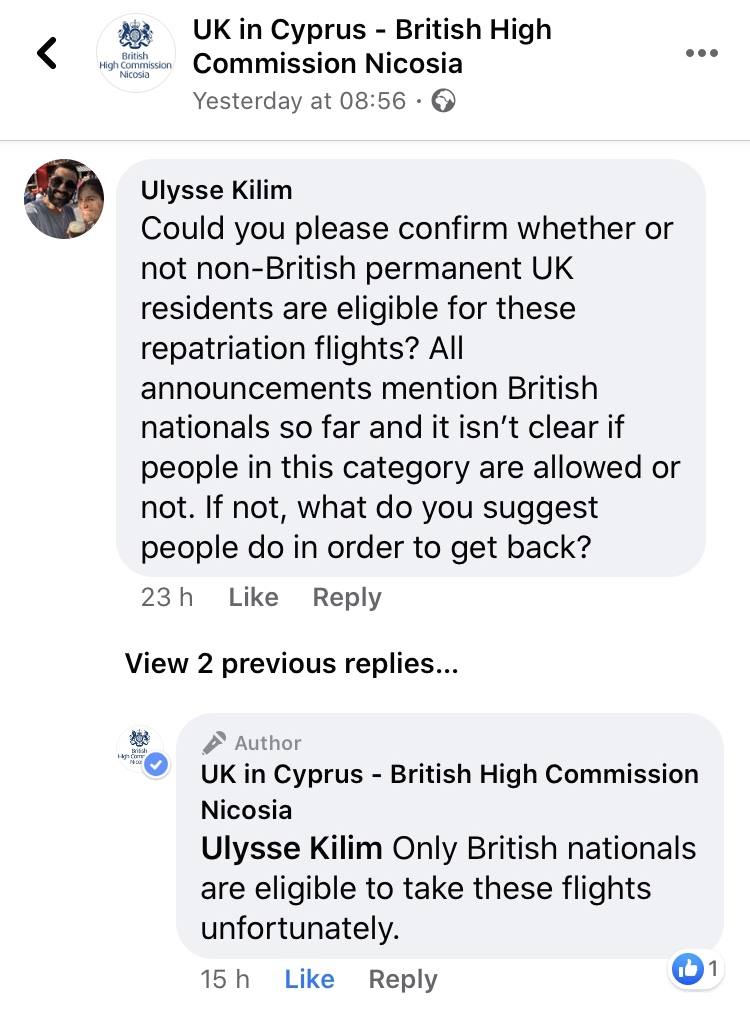 Cyprus Paradise had hoped to use one leg of these four flights to carry British residents back to Britain. The sole sticking point is the fact that the UK government refuses to suspend its  Disembarkation Rule, in place since 2017, due, it claims, to ‘concerns about the standard of security at Ercan Airport’.

The Rule requires all passengers travelling from Ercan to the UK to not only touch-down in Turkey (imposed by the International Civil Aviation Organisation, due to the political non-recognition of the TRNC), but also get off the aircraft and go through a separate security check.

Due to the pandemic, Turkey is sensibly only allowing transit passengers the right to disembark. All others are refused permission due to the risk of spreading the virus. Should they do so, they must go under quarantine in Turkey for 14-days.

So it is unclear why the UK insists on disembarkation at this juncture. There are no passengers and very limited staff at Ercan Airport. Everyone will be vetted before they get to the airport, so what real security risk  (if any) exists?

Indeed, given it lacks formal ties with the TRNC, what intelligence is the UK relying upon for its policy about Ercan? It jars in the face of all reasonable action, given that no other country in the world makes its passengers flying from Ercan go through the same rigmarole. Most recently, Germany repatriated 800 holidaymakers in the TRNC without any problem – or need for disembarkation in Turkey.

The UK Government has to bear full responsibility for this fiasco, forcing dozens of desperate people to remain trapped in North Cyprus even though there is a perfectly good solution for transporting them home at zero cost to the British taxpayer.

Until the UK government abandons its ‘everywhere bar Ercan’ approach, the reality of repatriation will sadly remain a distant dream for the remaining corona-stranded Brits in the TRNC.

For British Turkish Cypriots, it’s important we all play our part as a community to help keep the pressure on the Government to do the right thing by their citizens and residents. Please tweet your MP and use #SoSNorthCyprus urging them to put pressure on the Foreign Secretary to resolve this repatriation debacle.