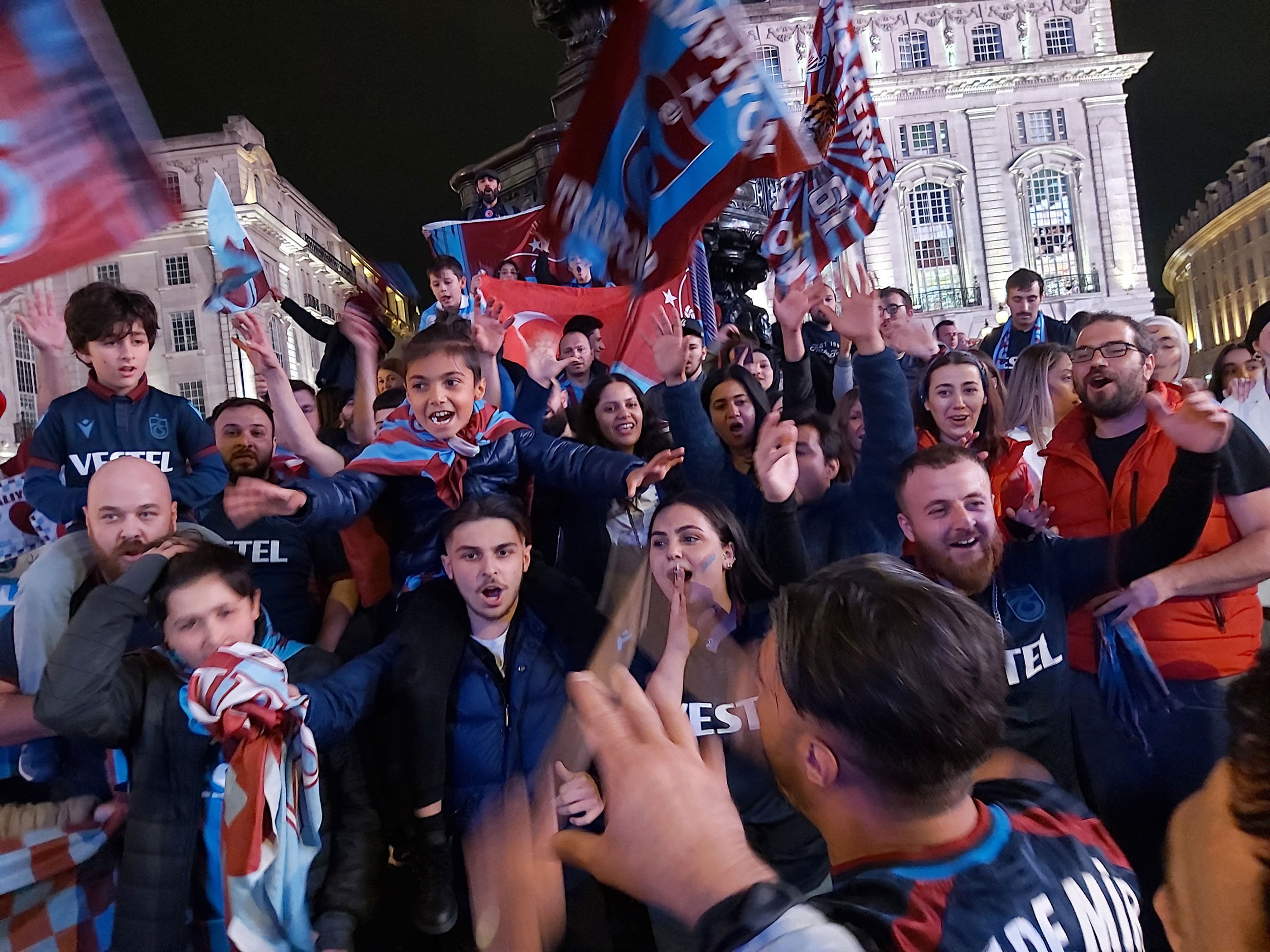 There were scenes of euphoria in London as well as across Turkiye on Saturday night, after Trabzonspor won its first league championship in 38 years.

A point from their game against Antalyaspor was enough to clinch them the title three weeks before the end of the season, sending Trabzonspor fans everywhere into a frenzy.

The Black Sea city was bursting at the seams in anticipation of Saturday’s home game. Giant video screens were erected in the city centre to allow fans unable to get into the 40,000 capacity Şenol Güneş Stadium to watch the match.

Trabzonspor fans didn’t need to wait long to see their side score. Danish striker Andreas Cornelius was given the simplest of opportunities in the third minute, tapping in from a few yards out to give the home side a 1-0 advantage.

The visitors had a penalty saved three minutes later, before Dorukhan Toköz restored the lead for Trabzonspor in the 62nd minute.

Toköz exchanged a great one-two with Aldülkadir Ömürün, before striking at goal, the midfielder’s shot ricocheting off the goalkeeper’s legs into the back of the net, to make it 2-1 to Trabzonspor.

The visitors, however, were determined to rescue a point from the game and were duly rewarded for their efforts. A semi attempt on goal from a corner came to the feet of unmarked forward Haji Wright who controlled the ball with one touch, while turning to shoot past the goalkeeper into the bottom left corner with ten minutes to go.

The final 2-2 result was enough for Trabzonspor to secure their first league title since 1984 – the  seventh in the club’s history. Trabzonspor are nine points clear of nearest rival Fenerbahçe with three games left and a better goal difference.

Fans ran onto the pitch to celebrate with the manager Abdullah Avcı and the team as soon as the referee blew the final whistle.

The party atmosphere quickly spread across the city, with people singing and dancing into the early hours of the night.

Emulating fans in Turkiye, supporters watching in London also spilled onto the streets to celebrate the club’s victory which, after nearly four decades, marks its return to the pinnacle of Turkish football.

The UK Trabzonspor Supporters Club had arranged for fans to watch the game at a central London venue, prompting a wave of burgundy and blue to descend on Piccadilly Circus when the match concluded.

Around one hundred fans of all ages, some in shirts, some waving Trabzonspor and Turkiye flags, congregated around the status of Eros chanting and cheering.

A few let off blue coloured flares, while others danced the Black Sea’s traditional ‘kolbastı’ dance. The good natured spectacle attracted locals and visitors to join in too, rounding off a memorable night for all concerned.