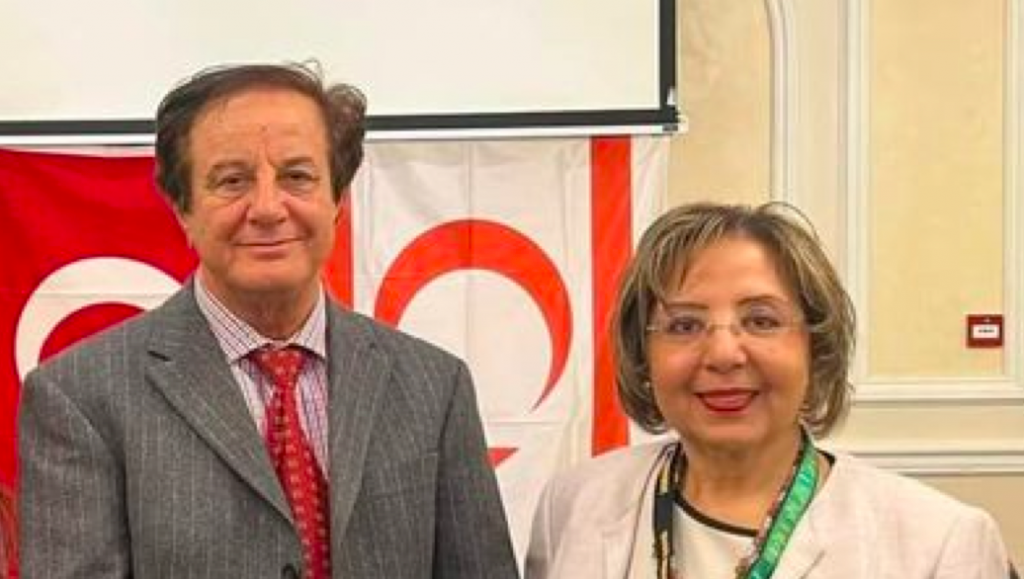 The Council of Turkish Cypriot Associations UK (CTCA) has a new president after a closely contested election where the incumbent Ayşe Osman lost by one vote to Fahri Zihni, the chair of CTCA member association Embargoed!.

Fifteen CTCA member associations and Turkish schools, as well as six past Council presidents attended the AGM, which was held at the Grand Palace Banqueting Suite in Wood Green, North London.

Due to the coronavirus pandemic, this was CTCA’s first AGM since 2020. At that time, Ertuğrul Mehmet was elected President of the Council for a two-year term, after convincingly beating Ayşe Osman by 39 votes to 16.

Mehmet appointed Osman as one of his two Vice-Presidents. However, the veteran community activist decided to stand down after only one year, resulting in Osman becoming Acting President until this year’s AGM.

This year’s leadership contest took place after the current committee, led by Osman, presented their annual activity and financial reports. After an opportunity for CTCA members to quiz officials about their reports, these were formally approved by those present.

The final part of the AGM was to vote for a new chair. Previously, CTCA presidents had stood unopposed. However, that tradition was broken in 2020 when two people contested the position. That continued in 2022, again with two candidates: Osman and Zihni. A secret ballot was carried out to determine the winner.

Under the CTCA constitution, member associations each have three votes, while past presidents can cast one vote each.

There has been criticism both inside and outside of CTCA on giving past presidents voting rights. Critics argue the practice is “undemocratic” and allows past presidents undue influence over the organisation, a factor that is believed to have led to Ertuğrul Mehmet’s early departure as CTCA head.

After the election results were announced, Ayşe Osman thanked her Management Committee and Past Presidents for their “devoted work and support over the past year”, and wished the new President and his team “every success”.

The results of this year’s AGM mean Zihni becomes CTCA’s 14th President. The organisation was formed in 1983 to give a voice to British Turkish Cypriots. It works closely with the TRNC and its UK Representative Office.

Zihni has been the long-standing chairman of human rights group Embargoed!, which lobbies for the end of the international isolation of Turkish Cypriots and their North Cyprus homeland.

A retired IT consultant who is based in Shrewsbury, Zihni has been active on multiple CTCA projects in recent years. These include CTCA’s work challenging the British Government for deliberately excluding the Turkish Cypriot authorities and property owners from the Non-Military Development of the two British bases in Cyprus. Turkish Cypriots own most of the land that the two military bases in Akrotiri and Dhekelia currently occupy.

Zihni has also played a leading role in the community’s response to the racist actions of Waltham Forest Council Leader Grace Williams, who ordered the flag of the Turkish Republic of North Cyprus to be removed from outside the council last November, despite it being authorised to fly. Williams singled out the Turkish Cypriot community, issuing a racially derogatory statement about their flag being permanently banned and apologising for its display – actions which CTCA and others argue are “racist” and “breach UK equality laws”.