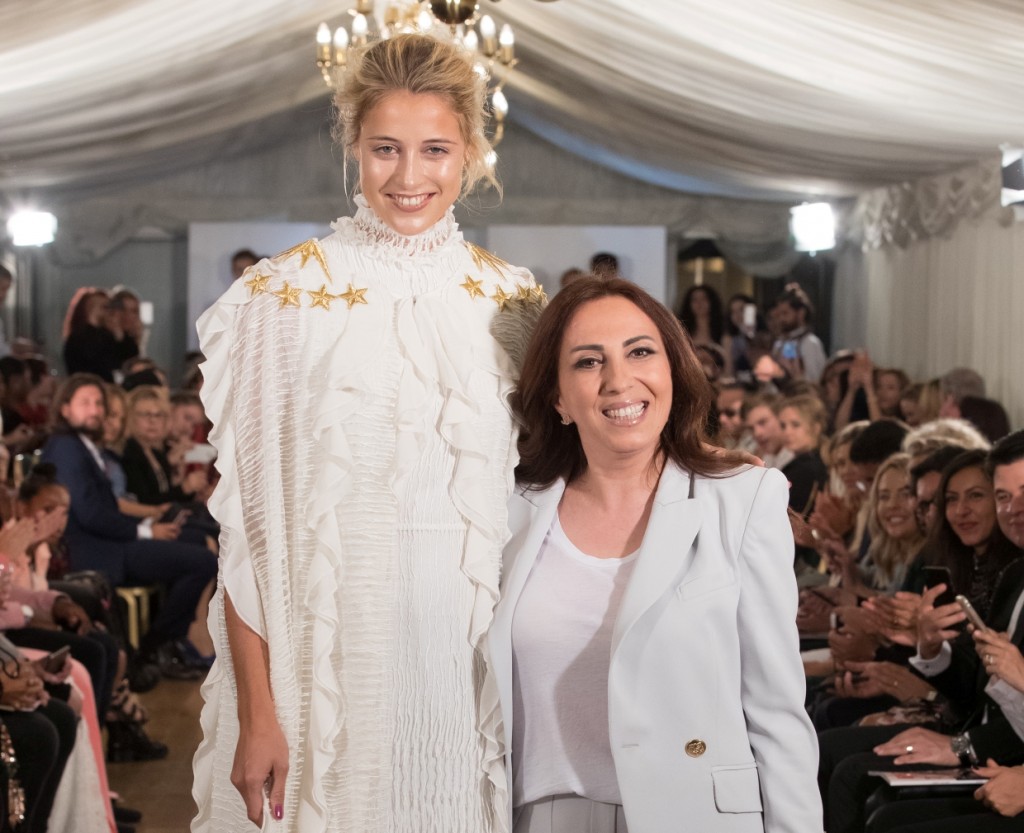 With this season’s fashion shows drawing to a close with the catwalks in Paris, one designer who made a mark for more than just her clothes was Zeynep Kartal.

Originally from Turkey, the UK-based haute couture dressmaker is a firm favourite of celebrities such as TV stars Tess Daly and Lucy Mecklenburgh, singers Lady Gaga and Rochelle Humes, and actresses Maisie Williams (Game of Thrones) and Jorgie Porter (Hollyoaks).

She called her Spring Summer 2017 collection “A Royal Romance”, celebrating inspirational female Royals who have resided at Buckingham Palace. The collection referenced formal dressing from the past through to the present, using a strong feminine silhouette infused with romantic flowing fabrics and delicate, luxurious textures.

The collection’s rich colour palette took its cue from the monarchy archives, as Kartal opted for a colourful display of khaki, dusty lilac, champagne, aubergine, ivory and blush pink.

Her signature gowns included full-skirt debutant affairs through to demure, sophisticated column dresses. Separates in the collection offered day-to-evening looks for the glamorous woman living in a fast-paced society, as daring tailored shorts and wide-legged trousers were paired with Tuxedo style blazers enhancing the female form.

There was a nod to traditional ladylike shapes in the form of high-neck blouses and nipped-in waists, as well as subtle expressions of the female form on sleeveless dresses and intricate, rose embroidery on sheer tulle layers that grow up the dresses like weaving vines.

As ever, Kartal’s garments were made from the finest natural fabrics, such as silk, transparent chiffon, and handmade lace, using couture techniques with an emphasis on clean cuts and elegant embellishment including piquant embroidery and delicate appliqués.

The catwalk took place at the Houses of Parliament on Saturday 17th September and it was Kartal’s final dress that left people gasping. The diverse audience included fashionistas such as Lady Victoria Hervey and reality TV star Lydia Bright, diplomats from the Turkish embassy, business owners, and media. A model swayed down the walkway in a long white flowing gown with gold stars embroidered on the shoulder pads, a reference to the 16 five-point stars that make up the Presidential Seal of Turkey.

Immediately after the show, the designer told the audience in English and Turkish that she dedicated her latest collection to the “heroes” in her native Turkey who had bravely fought back against the attempted coup on 15 July this year. She named her last gown of the evening the “Democracy Dress”, recognising the important leadership displayed by Turkish President Recep Tayyip Erdoğan in the country’s battle to ‘preserve its democracy’. 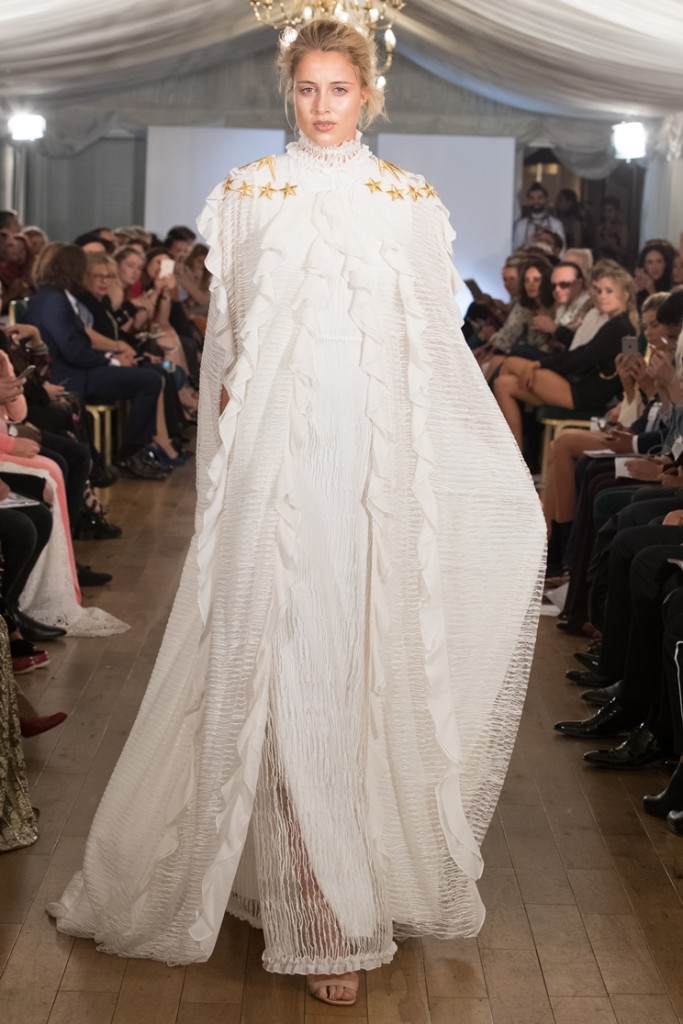 Had this not been a private event held while the British Houses of Parliament was in recess, eyebrows most certainly would have been raised by its members. “Democracy” is rarely a word British MPs and peers use to describe the actions of Turkey’s irrepressible leader Erdoğan.