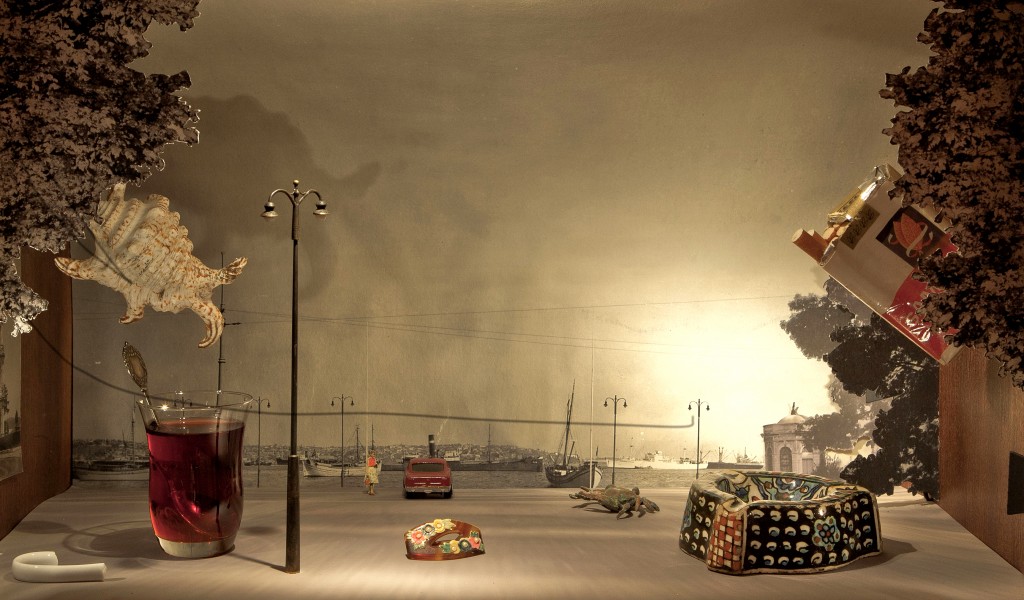 There’s just eleven days left to sample 1970s Istanbul in a unique exhibition at London’s Somerset House. Inspired by the 2008 novel of the same name by Nobel prize laureate Orhan Pamuk, The Museum of Innocence tells the story of Kemal Bey, a wealthy socialite, and his obsessive love for Füsun through his collection of everyday objects.

The installation at Somerset House features 13 vitrines, each filled with mementos and keep-sakes of the couple’s ill-fated romance. This fascinating insight not only delves into the private world and passions of the novel’s leading characters, but also tells the tale of old Istanbul through photos, newspaper clippings, a shoe, cologne, a piece of leftover kağıt helva (candy floss) in a wafer, hair clips, a toothbrush, and many other delightful items that collectively chart the key moments of Kemal and Füsun’s relationship.

The careful collection and curation of each piece in the exhibition demonstrates the magic of everyday items and the imprint we leave not just on the lives of those who love us, but the objects with which we surround ourselves.

The exhibition, which opened in January, travelled from its permanent home in Istanbul to London to coincide with the release of Innocence of Memories – a film by celebrated British director Grant Gee that fuses fictional elements from Pamuk’s novel with the real-life aspects of the city. The film premiered at the Venice Film Festival last year and made its British debut at the BFI Southbank on 26 January.

Gee worked closely with Pamuk on creating a cinematic extension of the novel, using the sights and sounds of contemporary Istanbul along with new text written by Pamuk. Watch Grant Gee’s film online here.

You can see the exhibition for free, which is open daily in the Courtyard Rooms until 3rd April.

Title: The Museum of Innocence