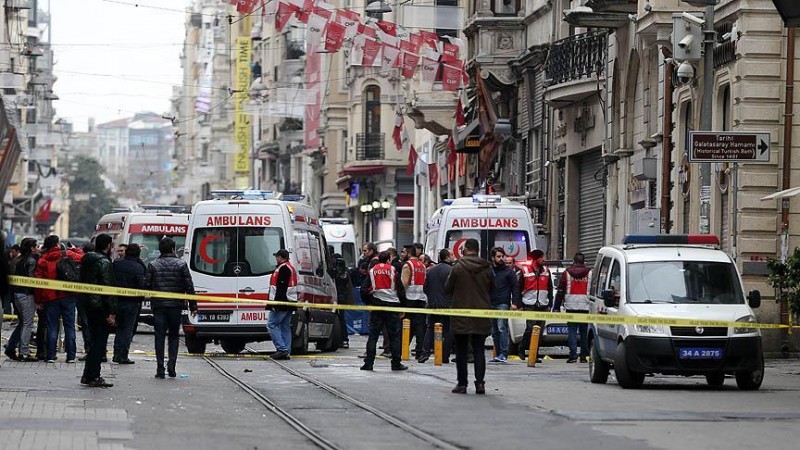 The Turkish authorities have said that an ISIL (Islamic State of Iraq and the Levant) recruit from Gaziantep, southeast Turkey, carried out the suicide bombing, which killed four and injured dozens more on İstiklal Caddesi on Saturday.

Mehmet Öztürk, 24, was named by Turkey’s Interior Minister Efken Ala at a press conference yesterday following DNA tests on his remains. Ala said: “The attacker has been formally identified. He is linked to the terrorist organisation Daesh [ISIL].”

Four tourists were killed in the attack on Saturday morning: three Israelis and one Iranian. 39 people were also injured – 24 of them foreign nationals – with four remaining in a critical condition in intensive care.

Skin, the lead singer of punk rock band Skunk Anansie was among those to witness the attack. “Beautiful Istanbul taken before the horrendous bomb blast that just went off outside our hotel. Many people injured, horrific scenes, building shook like paper. My heart goes out to the innocent people and their families caught up in this evil situation. We are ok, very shaken, city is in lockdown, plain clothes police with guns everywhere, scary times. ‪#‎istanbul ‪#‎taksim ‪#‎skintings,” wrote the British singer on her Facebook page.

İstiklal Caddesi is one of Turkey’s most famous streets – the equivalent of Britain’s Oxford Street. The elegant 1.5km long avenue is lined with historical and contemporary shops, boutiques, restaurants, bars, bookstores, music stores, art galleries, patisseries and more, making it popular with tourists and locals alike.

On Saturday at 10.50am local time, CCTV captured the moment the explosion occurred outside a döner shop located on the corner of İstiklal Caddesi and Balo Sokak, not far from the Beyoğlu Kaymakamlık (district government building). Initial reports suggest that Öztürk may have accidently set off the bomb prematurely before reaching a busier spot further down İstiklal Caddesi.

Prime Minister Ahmet Davutoğlu denounced the suicide bombing as “inhumane” and reiterated that Turkey would continue its struggle against the “centres of terrorism”. He also extended his condolences to the families of victims and wished the injured a speedy recovery.

Öztürk was reported missing by his family in 2013. He was presumed to be in Syria, although Turkish authorities say he was not being sought as he had ‘no criminal record’, even though his family and friends suspected he had gone to join extreme Islamist group ISIL.

The alleged terrorist was said to have visited his family briefly for a few hours last month. Following the attack, Öztürk’s father, mother, brothers and sister have all been detained for questioning.

Gaziantep has become an ISIL hotbed of late. Last year, the bomber behind the fatal bombing of a HDP rally in Diyarbakır was caught in the city. The Suruç suicide bomber also spent time there, while the two suicide bombers who killed 102 people at a peace rally in Ankara last October set off from Gaziantep.

Turkish counter-terrorism and police are currently hunting three other ISIL militants: Hacı Ali Dumaz; Savaş Yıldız; and Yunus Durmaz. According to media reports Turkish intelligence has had a tip-off that the three are under orders to conduct attacks in crowded places across Turkey. 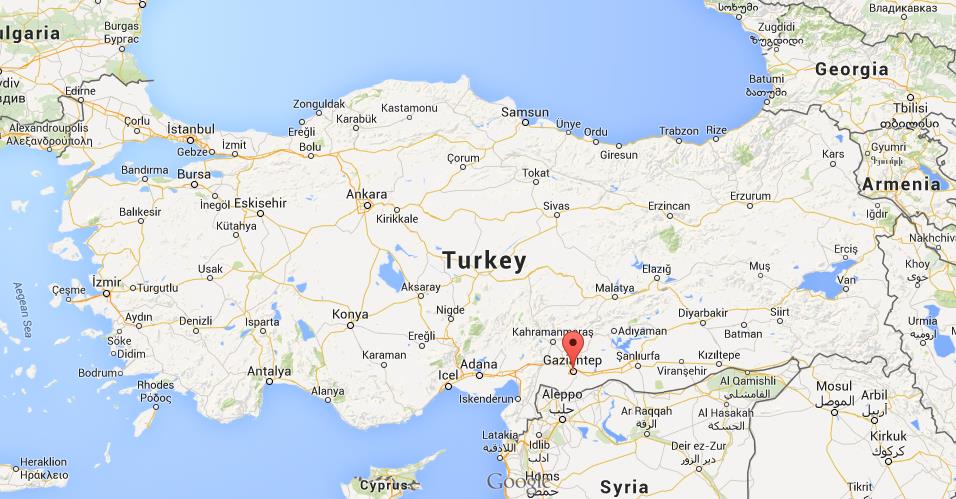 Saturday’s bomb was the second in Turkey in less than a week. On Wednesday, a Kurdish militant belonging to the PKK’s youth wing TAK detonated a massive car bomb in Ankara, which killed 37.

Since last summer, the country has been battling terrorism perpetrated by multiple foes, with numerous attacks by ISIS and PKK militants.