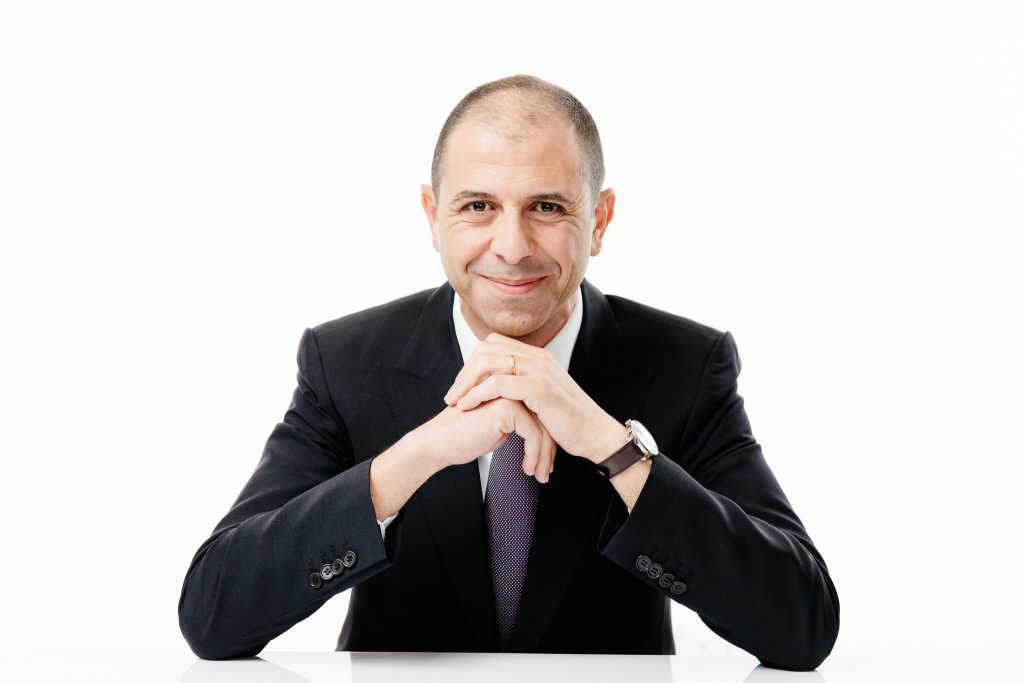 Since May of this year, Cyprus’ two leaders – Mustafa Akıncı and Nicos Anastasiades – have been working hard on the elusive elements that will pave the way to a peace deal, which could unite the island fifty two years after its division.

While the positive atmosphere of the latest round of talks has been well received on and off the island, speculation about how thorny issues such as property, security and territory will be solved are also making many Cypriots anxious.

Londoners with an interest in the Mediterranean’s third biggest island have the chance to grill one of the world’s leading experts on the Cyprus negotiations at two events this weekend.

Professor Kudret Özersay is a former Turkish Cypriot Chief Negotiator with an incredible 12 years of experience of the Cyprus talks. During that time he has sat at the negotiating table with seven different Cypriot Presidents (as displayed below): Rauf Denktaş, Glafcos Clerides, Tassos Papadopoulos, Mehmet Ali Talat, Dimitris Christofias, Derviş Eroğlu and Nicos Anastasiades.

In short, there’s no better man on the planet who understands the processes and the mindsets involved, and what type of deals will need to be struck to get Greek and Turkish Cypriots to agree.

Here are five questions we’d love the Professor to answer:

1. Will Cyprus’ EU membership dilute the principle of bi-zonality?

For some the prospect of two ethnic zones in a new federal Cyprus is akin to ethnic cleansing and incompatible with the freedoms cherished within EU borders. But Turkish Cypriots argue that after 11 years of brutal oppression, they do not feel safe living among the numerically larger Greek Cypriot community and insist their own zone in the north should preserve its Turkish essence.

2. Is it likely that the residents of Güzelyurt (Morphou) will be uprooted and made refugees again as part of territorial adjustments?

All previous UN peace plans have included territorial adjustments, with Turkish Cypriots expected to cede land in return for their full political rights. Güzelyurt has been one of those areas traditionally due to come under Greek Cypriot control, so its refugees can return. The current residents are themselves refugees from the South and after 40 years of living in the town and surrounding villages, see this as their home. There are moral and legal challenges in forcing these people out of their homes, essentially making them refugees once again.

3. Why are individual rights now being favoured over a global property deal?

Three landmark rulings by the European Court of Human Rights (Loizidou/1998, Arestis/2005, Demopoulos/2010) have mapped out the way this issue should be legally addressed. In the absence of a comprehensive solution, refugees were forced to seek out their own legal remedies. A peace deal should end this piecemeal approach, but apparently not if the leaks from the talks are to be believed. If individual rights do take precedence, property disputes are likely to drag on for years and increase tensions.

4. Is there any chance of agreement over security given Turkish Cypriots want Turkey to remain as a Guarantor, yet Greek Cypriots insist all Turkish troops must leave?

In the past, both sides have dug their heels in over this issue. With anti-Turkish sentiments in the south an ever-present, Turkish Cypriots are unwilling to trust the EU as their primary protector (Bosnia anyone?), while Greek Cypriots are fearful of a 1974 re-run.

5. Are the Greek Cypriots really ready to accept Turkish Cypriots as their political equals?

This goes to the heart of the Cyprus dispute that first broke out in December 1963. The Greek Cypriots did not want to share power with the smaller Turkish Cypriot community and tried to force them to accept minority status. There’s been little change in attitudes since then. The South Cyprus authorities do everything they can to preserve power and deny their northern neighbours the same rights; even simple pleasures like friendly international football matches are banned, while Turkish Cypriots have been excluded from gas exploration deals and EU applications to protect hellim/halloumi.

Where in London you can hear Kudret Özersay speak

Professor Özersay will be speaking at two special events organised by the British Turkish Cypriot Association. On Friday, he will be at Bromley Central Library for an English talk, and on Saturday he’s at the Hornsey Value Community Centre addressing a Turkish speaking audience.

Both talks are free and open to all members of the public. For more information, contact the group by email, info@btca.co.uk, or call 07828 548 472.

Professor Kudret Özersay is a former Turkish Cypriot Chief Negotiator and special representative of the TRNC President. He is also an academic, analyst, and civil society activist.

Born in 1973 in Alaminos village, Larnaca, Özersay lost his father during the 1974 War in Cyprus and his family moved to Nicosia, where his has lived ever since. He studied at Ankara University, specialising in International Relations. He gained his Masters with a paper on The Right of Passage through the Turkish Straits and in 2002 he received his PhD from the same university with a thesis on the 1959-1960 Cyprus Treaties.

In 1997, he was part of an OSCE (Organisation for Security and Cooperation in Europe) mission to supervise the post-war elections in Bosnia and Herzegovina in 1997.

Since 2003, he has been a faculty member of the Department of Political Science and International Relations at the Eastern Mediterranean University in Famagusta. An associate professor, he teaches international law, negotiation and mediation, and world politics. In 2008, he spent a semester as a visiting academic at the Oxford University’s Faculty of Law.

Prof. Özersay has three published books and numerous articles in foreign publications. He regularly speaks at international conferences on topics such as the Law of the Sea, Natural Gas, the Cyprus Problem, and International Law.

In 2002, TRNC Founding President Rauf Denktaş invited Kudret to join his negotiating team for the Cyprus talks. He continued on the negotiating teams of two other TRNC Presidents, Mehmet Ali Talat and Derviş Eroğlu. The latter appointed Özersay as his Special Representative and later as his Chief Negotiator. He has represented his side’s views in major capitals such as London, Athens, Moscow, New York, Washington DC, Brussels, Paris and Berlin.

In April 2015, Kudret was one of seven candidates who stood in the TRNC Presidential Elections. Although he was knocked out in the first round, he secured 21% of the vote – 5.5% less than the eventual winner Mustafa Akıncı.

He is a co-founder of the Turkish Cypriot Human Rights Foundation and the Toparlanıyoruz Movement (The Decent Society). Toparlanıyoruz campaigns against corruption, and champions transparent, accountable politics and politicians.

He is married to playwright Aliye Ummanel.