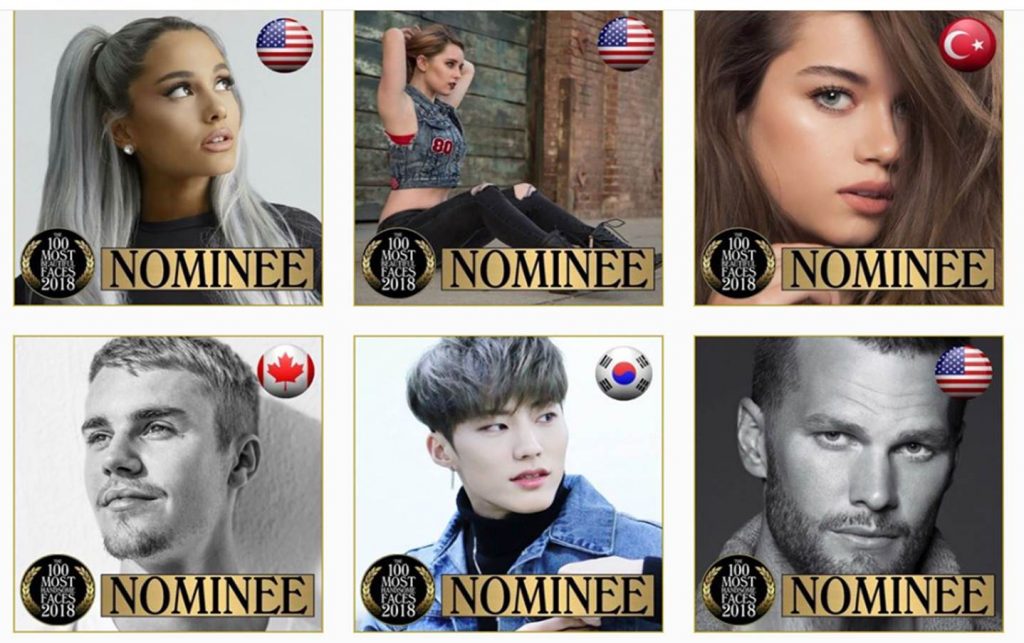 Independent critics have announced their nominees for this year’s top 100 Most Beautiful Faces. The nominations include five stunning actors and models from Turkey.

Turkish nominees in the women’s Most Beautiful Faces category are Afra Saraçoğlu, Elçin Sangu, and Hande Erçel, while Barış Arduç and Çağatay Ulusoy are included in the men’s list of Most Handsome Faces of 2018.

Both the men’s and women’s categories have a strong international feel about them. Nominations include people whose origins hail from Africa, Europe, the Middle East, Central, South East and Far East Asia, Australasia, and the Americas, reflecting the global appeal of the lists.

The 100 Most Beautiful Faces List was first published in 1990. It was created by TC Candler, a professional film critic who was born in London and moved to the US in the mid-1980s. He set up The Independent Critics List to help review films, so it was a natural evolution to ask them to pick the most beautiful faces.

Initially, the critics just covered notable people from Britain, Australia and the USA, but over the years, international interest in the lists have grown and so have the diversity of faces included. Today the famous names nominated for Most Beautiful Faces represent over forty countries between them.

According to TC Candler’s website, the list, “is not a popularity contest and it is definitely not country specific. It is not about the sexiest body or the most famous celebrity. Rather, the list attempts to inform & broaden public opinion instead of reflecting it.”

The site adds, “Aesthetic perfection is only one of the criteria. Grace, elegance, originality, daring, passion, class, poise, joy, promise, hope… they are all embodied in a beautiful face.”

In recent years, the public have also been given the chance to put forward choices of striking faces, enabling a far broader range of attractive men and women to be considered. As a result, the annual Most Beautiful Faces list “opens the world’s eyes to a unique, diverse and international collection of beautiful faces.”

The 2018 winners will be announced later this year.

Turkish nominees for The 100 Most Beautiful Faces 2018