FOCUS: Floating bodies of refugees in the Mediterranean Sea 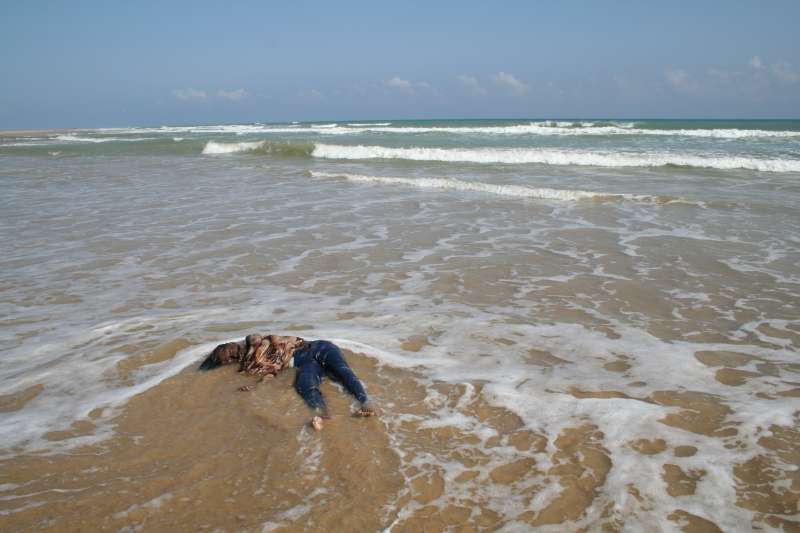 The United Nations estimates that more than 2,000 people have died this year while making their journey from North Africa into Europe. The Mediterranean Sea became the route of hope for many migrants and refugees. It was also a deadly route for many whose boats capsized and sank; for those who couldn’t make it to land, the sea became their grave.  The world watched on while floating bodies of the victims were steadily washed ashore.

And yet, unfortunately, the masses listening to news alerts from around the world covering hunger, war and natural disasters now see these as ‘normal’. Everything seems accepted as part of everyday life and the world becomes desensitised by the blanket coverage of these unfolding tragic events.

Especially here in the UK, people are used to watching the news from the Middle Eastas if they are watching celebrity news. The main concern for the people and the politicians are the bodies of refugees floating into their country, not the floating bodies in the sea. Nobody wants to hear or know why refugees keep coming.

All is forgotten how Britain led the attack that resulted in the second Iraq War and that Britain played a role in destabilising the Middle East region. Nobody wants to hear how Britain is keeping well away from this human-made disaster in Iraq, Libya and in Syria. The government pretends Britain doesn’t wish to get involved with the conflict, yet remains proactive in supporting and providing British taxpayer’s money to opposition forces in Syria.

The UK government is worried only about the number of foreigners and refugees coming to this country. The politicians are only focussing on this subject as it is a vote winner for the upcoming elections. Tory politicians have already started switching parties: Douglas Carswell MP has defected to UKIP and resigned as an MP for the Conservatives. In doing so, Carswell becomes the poster boy for this xenophobic, immigrant-bashing anti-EU party.

dysfunctional place in the region. The West espouses a mantra of ‘progress and human rights’, whilst its actions seem to contradict their own philosophy.

Millions of displaced people are now fleeing the latest war in Syria. A war again inflicted by the USand its ally UK, with the excuse that once again there is no ‘democracy’ in Syria. We see the result after months of interference in a sovereign country through the support of the Opposition against President Assad. Because of the action by the West, Syria is embroiled in a cycle of bloodshed, and people in the UK are again wondering why people in Syria are fleeing their country and wanting to take refuge in Europe and the UK.

As Martin Luther King said, “Nothing in the world is more dangerous than sincere ignorance and conscientious stupidity.” More people will continue to ignore what’s happing in the world as long as it is not happening in their back yard (the UK). More and more people will continue to flee from hunger, poverty and war. Each UK resident who complains about refugees flooding their country should also make their voices heard as to why wars are being perpetrated by their government, in their name.

If this issue isn’t dealt with through an ethical framework, unfortunately there will be a continuation of more floating bodies washed ashore in Europe as refugees continue to risk their lives to come to theUK.

The government should not react only when the UK feels threatened by returning jihadists – the newly-labelled terrorists who are fighting against Assad’s regime (same interest as the UK Government). Naturally, the UK government should act swiftly and proportionately to deal with any new perceived threats to the UK. Yet that is not enough.

Britain has a distinguished, proud history on the record on liberty, human rights and civil society. This record must not be squandered in the interest of short-term political expediency, election or no election in May 2015. Human life is much too precious and steps must now be taken to prevent any further tragedies that lead to lifeless floating bodies of refugees.