We remember: Yılmaz Güney, a legend of Turkish cinema who died 30 years ago today 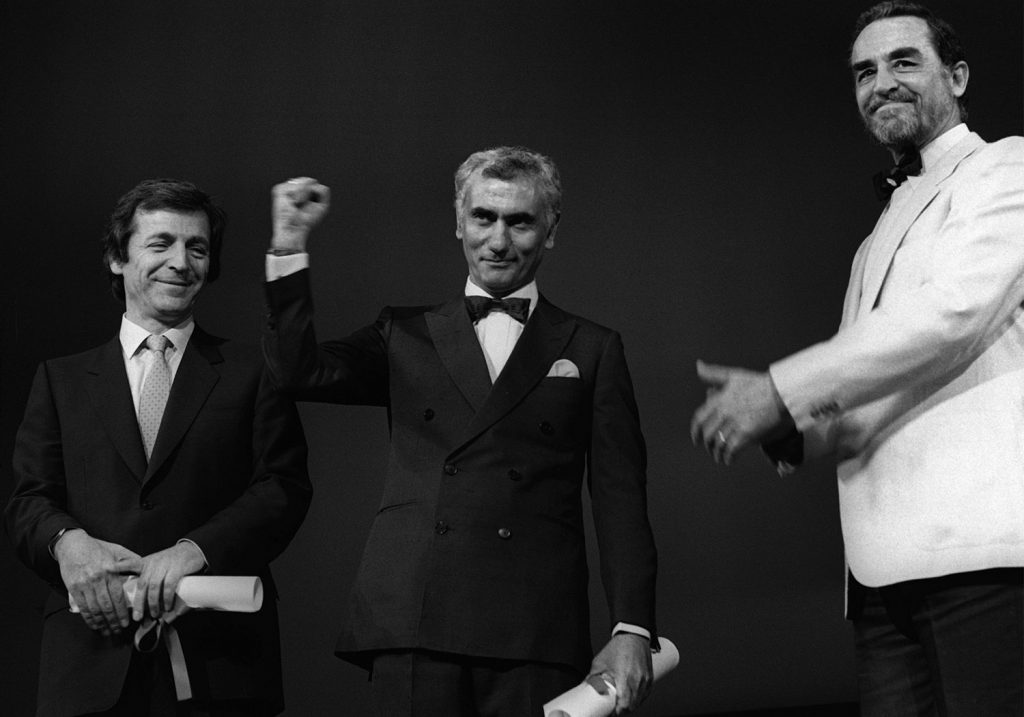 One of Turkish cinema’s legendary figures, Yılmaz Güney was an award-winning film director, scenarist, novelist and actor. Of Kurdish origin, he made his mark championing Turkey’s most marginal citizens on and off the screen. During his career, he directed 25 films, wrote 61 scripts, and appeared in 116 movies. He became the first filmmaker from Turkey to win at the Cannes Film Festival, when his film Yol took the Palme d’Or in 1982.

Güney was born in a rural part of Adana, southern Turkey, in 1937. His parents were cotton field labourers, their lives shaping his views on the injustices faced by the country’s poorest people. His first encounter with the film industry came in 1953 when he took a part-time job distributing film prints to cinemas by bicycle during his high school years.

From the mid 1950s, he studied law and economics at university, first in Ankara and later in Istanbul. His love of films continued through an administrative job in the Istanbul branch of an Adana-based film company. It was here he met Atıf Yılmaz, one of several new film directors based at Yeşilçam Studios who were starting to use cinema to address the problems of the people. Prior to this, theatres had screened state-approved melodramas, war films, and play adaptations.

With a growing reputation as a talented and somewhat controversial storyteller, Güney became employed by Yılmaz as an apprentice screenwriter and assistant. Soon after, he moved into acting. His strong performance in Yılmaz’s Alageyik (Fallow Deer, 1959) – only Güney’s second movie – marked him as an emerging star.

The charismatic young actor quickly rose to prominence for the cool, if somewhat gruff-looking characters he played, earning him the moniker Çirkin Kral (“the Ugly King”). Güney’s inspiration was said to come from Hollywood, being huge fans of actors such as Cagney, Bogart and Lancaster and the tough guy characters they regularly portrayed.

In 1961, Güney was jailed for 18-months – the first of many such instances – during a clampdown on freedom of expression in Turkey. His ‘crime’ stemmed from penning a fictional story, published in 1956, that promoted communism. His political outspokenness would continue to strain relations with the authorities, who showed little tolerance to those they deemed to be social and political agitators.

Güney used his time in prison to refocus his life, setting himself new missions and developing ideas on how he would achieve them. He struggled for a while after being freed, but life improved once he started to receive offers for new film roles. His appeal was such that he soon began appearing in as many as 20 films a year and became one of Turkey’s most popular actors.

He wrote and took the lead in the 1963 movie İkisi de Cesurdu (Both are Brave) directed by Ferit Ceylan, sowing the seeds for the tough guy/outlaw role he would repeatedly use in future films. He starred inKoçero in 1964, which became a massive box office hit in Turkey. In the same year, he played a character which never spoke in 10 Korkusuz Adam (10 Fearless Men), yet still managed to outshine all his co-stars, including Tamer Yiğit, Adnan Şenses, Tunç Oral and Özkan Yılmaz.

By the mid 1960s, Güney had hit celebrity status in Turkey and was regularly sought out as a screenwriter and actor. These years would be among his most productive. By 1965, he began directing his own pictures, forming his own production company in 1968.

Over the next few years, his films, inspired by Italian neo-realism, homed in on the struggles and issues faced by Turkey’s impoverished working class giving them a mythopoetic appeal: Umut (Hope, 1970) – widely regarded as one of Güney’s early masterpieces – was followed by Ağıt (Elegy, 1972), Acı (Pain, 1971), and Umutsuzlar (The Hopeless, 1971).

His aim was to bring to life characters that looked and sounded like the people whose lives his films covered. Güney stated that: “As an actor, I tried not to dress or behave differently to ordinary people. I couldn’t anyway. In essence, I was playing myself. This was the situation: all the films I made contained a piece of me.”

His last appearance on screen as an actor would be in Arkadaş (The Friend, 1974). Critics regard it as the one Güney film that most resembles European art house. In it, he tackles the alienation of the Turkish middle classes, contrasting their empty lives with the struggles of the peasantry.

From 1972, Güney spent most of his life in prison. He was arrested for harbouring anarchist students. Released in 1974 as part of a general amnesty, he was re-arrested later that same year for shooting dead a judge, Sefa Mutlu, in a night club in Adanafollowing a drunken row. He was sentenced to 19 years in jail.

Being in jail did not stop Güney; his trusty assistant Şerif Gören remained on hand to help finish a number of films for him, initiallyEndişe (Worry, 1974) and Zavallılar (The Miserable, 1975). Gören would repeat this role over the next decade, directing several scripts that Güney wrote while behind bars. Indeed, his most successful screenplays were developed at this time: Sürü (The Herd, 1978) and Düşman (The Enemy, 1979), both directed by Zeki Ökten.

In 1981, Güney escaped from prison by literally walking out the door. He believed the authorities were complicit in this by making it so easy for him to leave, preferring him to be in exile than in a Turkish jail.

He fled to France and the following year, won the Palme d’Or for Yol, whose director in the field was once again Şerif Gören. In 1983, Güney resumed his final project as writer-director, telling a brutal tale of imprisoned children in Duvar(The Wall, 1983), made in France with the cooperation of the French government. During this time, Turkey’s government revoked his citizenship and a court sentenced him to twenty-two extra years in jail.

Married twice with one daughter and one son, Yılmaz Güney died of gastric cancer on 9 September 1984 aged 47. He is buried at Père Lachaise Cemetery in Paris.