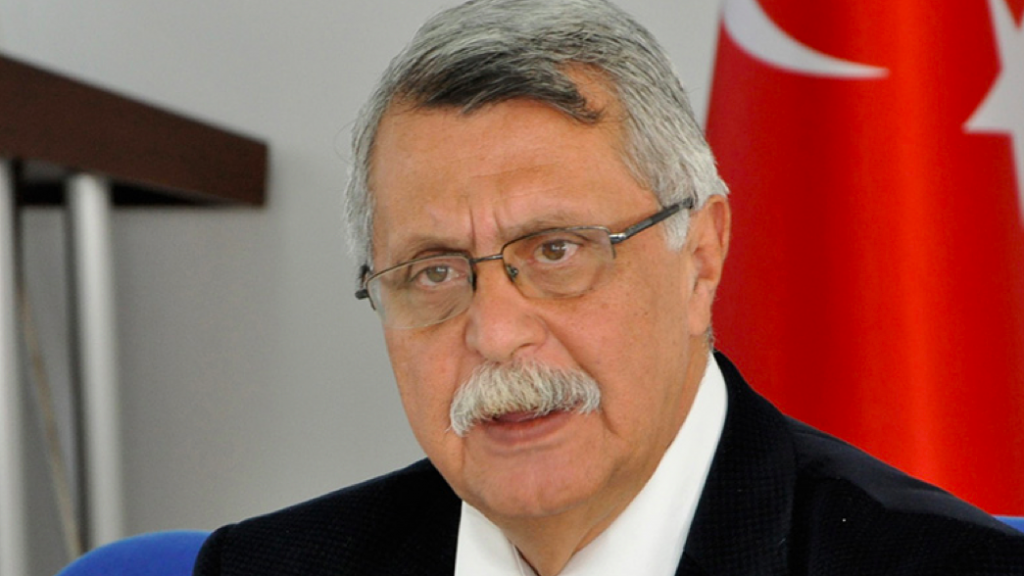 In 2009, Dr. Vaiz agreed to act as guarantor for the then Prime Minister, who wanted to borrow a large sum of money from Universal Bank for personal reasons.

The former Health Minister claims he signed paperwork underwriting a loan for “€50,000”, and was assured by Mr Sabit Soyer some years later that the loan had been repaid in full.

Dr. Vaiz only became aware there was a problem when TRNC-based Universal Bank recently demanded he repay the debt with accrued interest. After 11 years, the total debt had risen to €470,360, with the bank statement showing the initial loan to Mr Sabit Soyer being “€186,000.”

Universal Bank says it was forced to demand repayment from the guarantor after Mr Sabit Soyer had defaulted on his loan and had no assets they could recover against the debt.

Last week, the bank successfully applied to the courts asking for Dr. Vaiz’s assets to be frozen.

At a hearing at Lefkoşa District Court on Friday, İlker Sertbay, the lawyer acting for Dr Vaiz, accused the bank of hiding Mr Sabit Soyer’s debt on its balance sheets.

“As a bank, you have prepared fake paperwork and circulated many fake documents”

During the questioning of Emir Hüseyin Yemenicioğlu, Universal Bank’s Head of Credit Affairs, Mr Sertbay argued that the bank was obligated to freeze the debt 91 days after the borrower had defaulted and to inform the Central Bank, but had failed to do so:

“This [Ferdi Sabit Soyer] debt has never appeared on your monthly independent balance sheet since August 2009. While you were supposed to freeze the unpaid loan after 91 days, you omitted it from your balance sheet and did not report the loan to the Central Bank. The bank has drawn up a fake balance sheet,” stated Mr Sertbay in court.

The lawyer also put it to the Universal Bank employee that, “It was not reported to the Central Bank that Ferdi Sabit Soyer and Eşref Vaiz had debt and that the debt was frozen. As a bank, you have not separated your money from your equity. As a bank, you have prepared fake paperwork and circulated many fake documents.”

Mr Yemenicioğlu replied, “I don’t know,” a response he used throughout the questioning.

When further pressed, Mr Yemenicioğlu accepted that it was possible details of the loan were not notified to the Central Bank. Mr Yemenicioğlu was also asked whether there was another example in the bank’s history of them giving a €186,000 loan to someone without any equivalent assets. The witness responded:  “I am not aware of it, it is exceptional.”

The former health minister’s letter, widely circulated on social media and reported in the press, said he wanted to inform the party about the legal case before it came to public prominence.

Dr Vaiz claims he was called to the party headquarters in 2009 and was asked by Mr Sabit Soyer to sign a document stated he would act as his guarantor for €50,000. The party had recently lost power and Dr Vaiz’s said he was ‘out of work and did not have the means to cover such a loan’. He said the exchange was witnessed by a female bank worker in the room.

According to Dr Vaiz, Mr Sabit Soyer responded by asking: “What do you mean, you can’t pay? Is this your debt?”, before scolding him: “How dare you speak like this? You insult me in front of the lady clerk.” Dr Vaiz says he objected, but nevertheless ended up signing the document.

Dr Vaiz alleges that Mr Sabit Soyer had written the loan total by hand, and when Dr Vaiz had asked if the 50,000 was TL or a foreign currency, Mr Sabit Soyer informed him it was Euros. They argued again, but in the end Dr Vaiz relented given he was dealing with ‘the party head’.

Further down in the same letter, Dr Vaiz described an incident in 2013 when he was at the offices of Havadis newspaper with Öntaç Düzgünün when Mr Sabit Soyer arrived flustered.

The former prime minister explained his daughter and son-in-law worked at the Gazimağusa branch of Universal Bank and had not repaid a loan, and his daughter faced losing her job as a result, so he was busy trying to sell some of his property in Lapta to help.

Dr Vaiz said he whipped up the courage to ask about the loan he was guarantor for. “Oooh that was closed ages ago,” Mr Sabit Soyer told him and left.

Fearful of the situation, Dr Vaiz said he visited the bank headquarters on Dereboyu, in the capital, and spoke to the bank manager Serap Hanım. She asked Dr Vaiz if Mr Sabit Soyer knew of his visiting, but Dr Vaiz pushed back saying “he had a legal right to ask as a guarantor”, but he said the bank manager refused to give him any information.

Threatening to return with his lawyer, Dr Vaiz left the bank, but said he received a call from Mr Sabit Soyer soon after:

“Before getting into the car, Ferdi bey called and reproached me by saying that I had embarrassed and humiliated him by going [to the bank] and questioning the loan. He said, ‘Don’t worry, that debt has closed somehow, don’t go and don’t ask, don’t get me into trouble.’ I asked him to explain how got him into trouble by trying to find out about a debt? He said, “The debt is over. Please do not mix things.”

Dr Vaiz’s account of the loan affair continued in his letter as follows:

“In May 2020, exactly 11 years from 2009 to this day, without any written information or verbal warning from the bank, I received notice of the lawsuit being filed [against me] at the court by the bank. It was as a result of this, I [finally] saw the bank account that I was the guarantor for.

“I was devastated when I saw the initial debt amount. The bond I had signed in Ferdi Bey’s room at the party [HQ] was 50,000, but the document submitted by the bank to the court showed the original debt was 186,000 euros. When I asked Ferdi Bey how such a thing could have happened, he said ‘I don’t know’. I became ill and was admitted to hospital.”

A party grandee, the former trade unionist first entered Parliament in 1985. Bar a three year period (1990-1993), he remained an MP for Gazimağusa for over thirty years, stepping down just before the last General Elections in January 2018.

Dr. Vaiz, 63, is a dentist by profession. A member of CTP since 1976, he has performed a variety of party-specific roles in his career. He came to greater prominence as undersecretary to Prime Minister Mehmet Ali Talat in 2003, a position he remained in until 2005. He was then appointed as Health Minister in Mr Sabit Soyer’s Cabinet, an unelected official, Dr. Vaiz remained in this role until CTP lost power in 2009.