Four Turks from the world of fashion, politics, transport and scouts in the UK’s 2020 Honours List 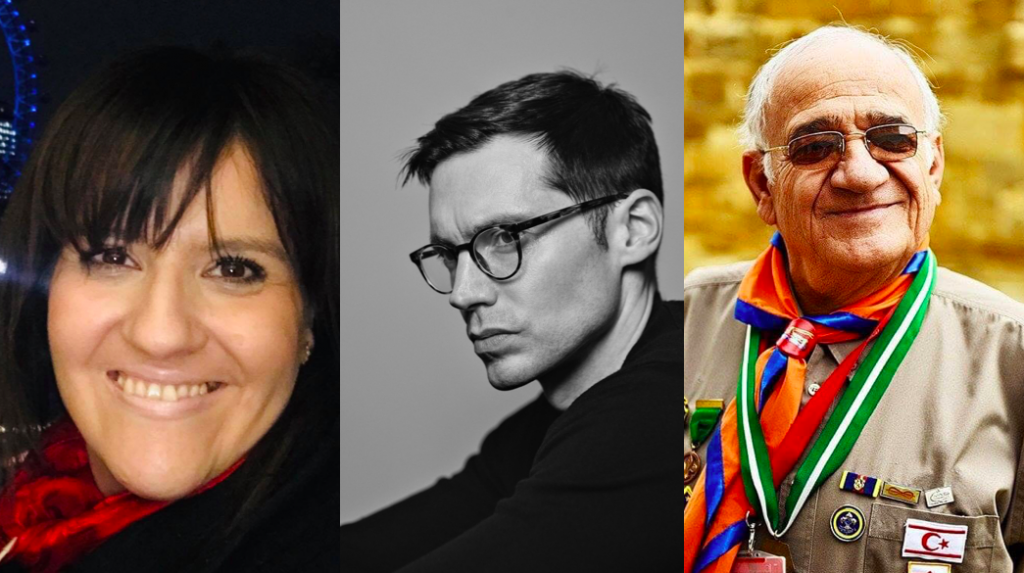 Four Turks were among the 1,495 people named in the Queen’s Birthday Honours List 2020, announced on Friday night.

The four are part of a record number of people from black and ethnic minority backgrounds to receive an honour, making up 13% of the List. It is up a percent from the previous highest tally of 12% awarded in the 2019 New Year (NY) Honours List.

A little under half of those recognised this year, 740, are women, which represents 49% of the total, slightly lower than the NY 2019 List.

Nearly three quarters of all those on the 2020 Honours List, some 1,069 people or 72%, have undertaken “outstanding work in their communities either in a voluntary or paid capacity.”

The inclusive nature of the 2020 List is also reflected in those with a disability: according to an online statement by the UK government, 6% of the people honoured consider themselves to have a disability, as defined under the Equality Act 2010.

This year’s honours included dozens of Covid-19 heroes, such as NHS staff, transport and care workers, all recognised for their extraordinary efforts and bravery during the pandemic.

One of the frontline workers on the Honours List is Mustafa Kemal Köksal, who becomes a BEM for his services to the community during Covid-19.

The York-based supervisor for First Bus completed at least one volunteer duty every day during the two months he was furloughed. Mr Köksal, 63, volunteered for the NHS, and clocked up 750 hours of volunteering time in just one month.

Lord Celal İzcibayar also becomes an BEM. The President of UK Turkish Scouting is recognised for his long years of voluntary service, and particularly to ‘Scouting in the Turkish-Cypriot community in the UK.’

The veteran scout leader, who turned 80 in June, has been involved in the scouting movement for almost all his life. Originally from Vadilli, a village near Famagusta, Mr İzcibayar joined a local scout group when he was just 8, at a time when Cyprus was under British colonial rule.

Mr İzcibayar came to Britain – the birthplace of scouting – in 1984, and immediately set about creating a Turkish Scouting group. He raised awareness about the Scouting among the British Turkish community, helping them to connect with their local British groups.

The devoted scout, added the Turkish word for scout “izci” to his surname in the 90s with the blessing of Baden Powell House, has also used his position to develop bridges between his native North Cyprus and the movement worldwide, which has over 36 million scouts.

Mr İzcibayar told T-VINE he has lived by the scouting code all his life. In 2018, he was presented with the Boy Scouts of America Elbert K Fretwell Outstanding Educator Award for his “exemplary volunteering lifestyle”.

Another British Turkish Cypriot to receive an honour is Ayşe Funda Veli, who is awarded an MBE for her political service. Ms Veli had one of the most demanding roles in politics, managing the diary of the Leader of Her Majesty’s Opposition Jeremy Corbyn for four years, between 2016 and 2020.

This complex role requires precision planning in scheduling appointments, political engagements and a host of other commitments for one of the busiest and most in-demand people in Britain.

Ms Veli would have to compile Mr Corbyn’s daily briefing packs, and oversee all travel arrangements to enable the Leader to carry out his political duties around the country.

Another part of her remit was to act as a gate-keeper for individuals and groups wanting to meet Mr Corbyn. It meant constantly communicating with a diverse range of people on behalf of the Labour Leader, all carried out diplomatically under immense time and political pressure.

Although Mr Corbyn stepped down from his role as Leader earlier this year, Ms Veli continues her work in politics. The London-based super-exec. is now the Private Secretary to Angela Rayner, the Shadow First Secretary of State and also the Deputy Leader of the Labour Party.

Fashion designer Erdem Moralıoğlu becomes an MBE for his “services to Fashion.”

The 43-year-old, who is half-Turkish (by his father), half-English designer is the founder of the Erdem label that is popular with celebrities and royalty alike.

Launched in 2005, Erdem is now sold in over 170 retailers, including Barneys, Selfridges and Le Bon Marche. The brand has its flagship store in London’s Mayfair and another shop in Saks Fifth Avenue, New York.

Moralıoğlu took an interest in fashion at a young age. According to the Business of Fashion, which lists the British Turkish designer on its BoF 500 most influential people in fashion, he attended the Royal College of Art and interned at Vivienne Westwood and Diane von Furstenberg in New York. On his return to Britain, Moralıoğlu established his base in Shoreditch in East London.

Erdem’s distinctive style blends overtly feminine silhouettes with moody, meticulous prints, which are both critically acclaimed and adored by his loyal and growing customer base.

Among those regularly snapped in Erdem attire are the Duchess of Cambridge Kate Middleton, and actresses Scarlett Johansson and Keira Knightley.