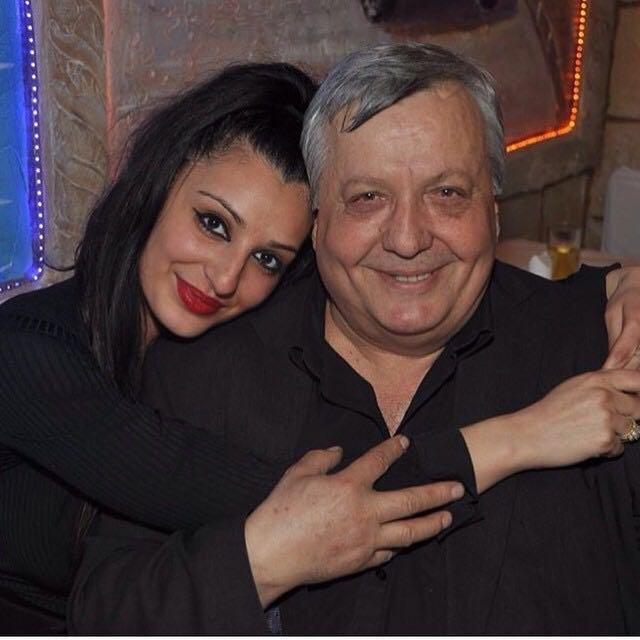 Tonight, all roads lead to Leyton for a sell-out Saturday night Turkish extravaganza. That’s right, after a four month hiatus, the institution otherwise known as Cyprus Meze Bar is back!

Singer Semra İleten headlines tonight. After a spell as a child actor in Turkey starring alongside the likes of Türkân Şoray, she pursued a career in music, finding fame as the lead singer of 1970s pop band Beyaz Kelebekler. From its earliest days, Semra has been a regular performer at Cyprus Meze Bar. She will be joined by showman Kader Ateş, whose cabaret-style entertainment has made him a household name among British Turks. Both are now based abroad and are flying in especially to be a part of the gala event.

They will be supported by a new house band, which includes Tanser on clarinet and Kemancı Musa (violin). Singers Devrim Baca, Serkan Poyraz and Leyla Şimşek, and dance troupe The Flames make up the rest of the bill. Having been a regular TV presenter at the venue, Ulviye Güncay returns as its new Maitre’d.

Cyprus Meze Bar was opened by businessman and philanthropist Fadıl Arnavut back in 2002, breaking new ground with its mix of Turkish music enjoyed over a long night of meze food set in a family-friendly environment. The proprietor, originally from Balalan village in the Karpaz district of Cyprus, sadly passed away in October 2014. After a time of being externally managed, the venue closed on New Year’s Day. 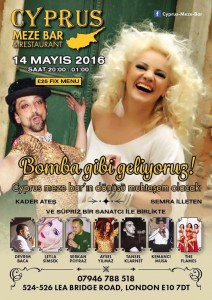 With the blessing of her mother and older siblings, Fadıl Arnavut’s youngest daughter Cilem (pictured above with her father) has decided to carry on her father’s legacy and re-open the East London eatery. Her aim is to recreate the family-friendly atmosphere that made the venue so popular and set the standard for others to follow.

Aged just 24, Cilem already has four years of commercial experience running her own successful florist business. She now has her eyes firmly set on re-establishing Cyprus Meze Bar as the number one Turkish nightspot in London.

Inspired by her father’s love of his homeland, she wants the venue to maintain its Cypriot heritage, while adding modern touches. She will also support new talent in the local and wider Turkish community by offering them guest slots.

She told T-VINE: “I want Cyprus Meze Bar to continue the traditions my father started. When he first opened it on my 10th birthday, it was meant to be a place where young women like his daughters could come and have a good time without feeling uncomfortable. I want to recreate that atmosphere.”

“I have lots of ideas. It’s about taking risks. Watch this space!”

Cyprus Meze Bar is open every Friday and Saturday from 8pm to 1am offering guests meze dinners (multiple dishes) and live music. It’s £20 per head on Fridays and £25 on Saturdays. The 220-capacity venue is available for private hire for all other nights of the week.