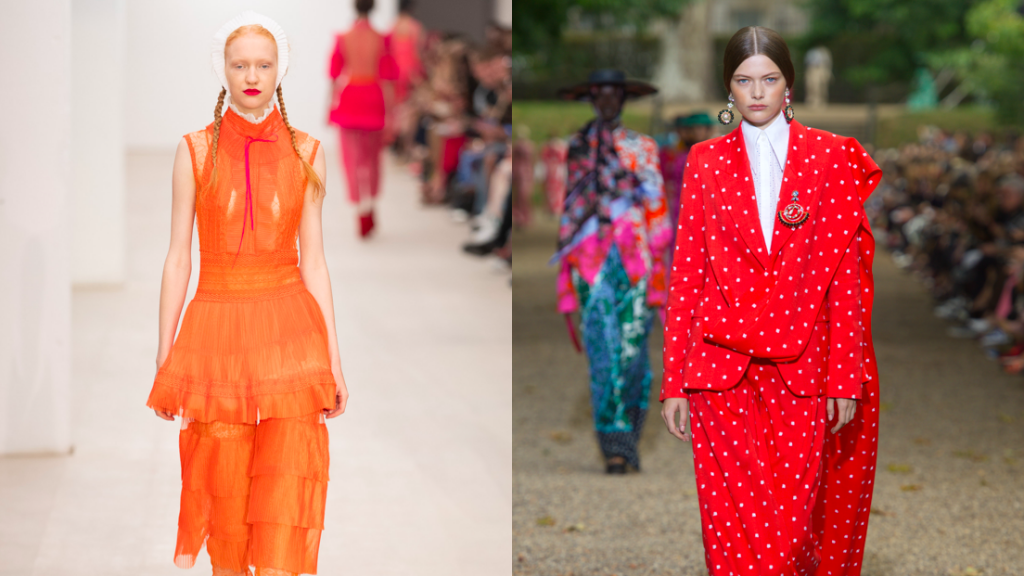 To warm the ladies during these cold winter days, T-VINE looks at the Spring Summer 2020 collections of four London-based Turkish designers, as seen at London Fashion Week in September.

Popular with celebrities and royalty alike, designers Erdem and Bora Aksu returned to familiar themes, paying homage to extraordinary historical female personalities in their SS20 collections. Hussein Chalayan, regarded as one of the fashion industry’s intellectuals, continued to play with narratives around cultural identities and anthropology, while emerging designer Tuncer Tonun sent ‘green’ messages with his collection.

Erdem’s inspiration is Tina Modotti. Originally from rural Italy, she became a silent Hollywood film star, a community photographer in Mexico and eventually a communist activist in Russia, Spain and Mexico. We can observe the different periods in her life and their fusion throughout the collection, from drop-waisted tulle dresses to woven blankets tailored as jackets. Seasonal trends such as suits, yokes and polka dots were combined with Mexican-inspired accessories of earrings and brooches on the runway.

Bora Aksu dedicated his collection to female empowerment through the life of the Persian Princess Taj Saltaneh, who is known as a feminist and trailblazer for women’s rights in Iran in the early 20thcentury. Aksu uses structured shapes combined with soft, feminine fabrics to reflect two different sides of Taj’s life: feminine and flamboyant opulence versus simplicity and masculinity. Seasonal shades include burnt orange and coral pink. Aksu also launched a capsule of handbags as part of this collection.

Chalayan themed his SS20 collection, “The Postcolonial Body”, drawing on dance and movement from ethnic groups such as the Japanese and South Americans, which have been colonised by Western forces. Prints imitate indigenous Japanese rituals fused with step instructions for the Tango printed on silk. On the runway, Chalayan used walking sticks as an embodiment of colonialism. Featured colours are navy, burnt orange, red, pale blue, yellow and white.

With sustainability increasingly important in fashion, as elsewhere, eco-friendly designer Tuncer Tonun revisits a theme central to his fashion ethics, devoting his SS20 collection to Mother Nature. This was particularly visible in the green and earth tones he used, and materials such as vetches and dry trees, which aimed to draw attention to deforestation, global warming, and forest fires.

Items from all collections will be on sale from January 2020 onwards.