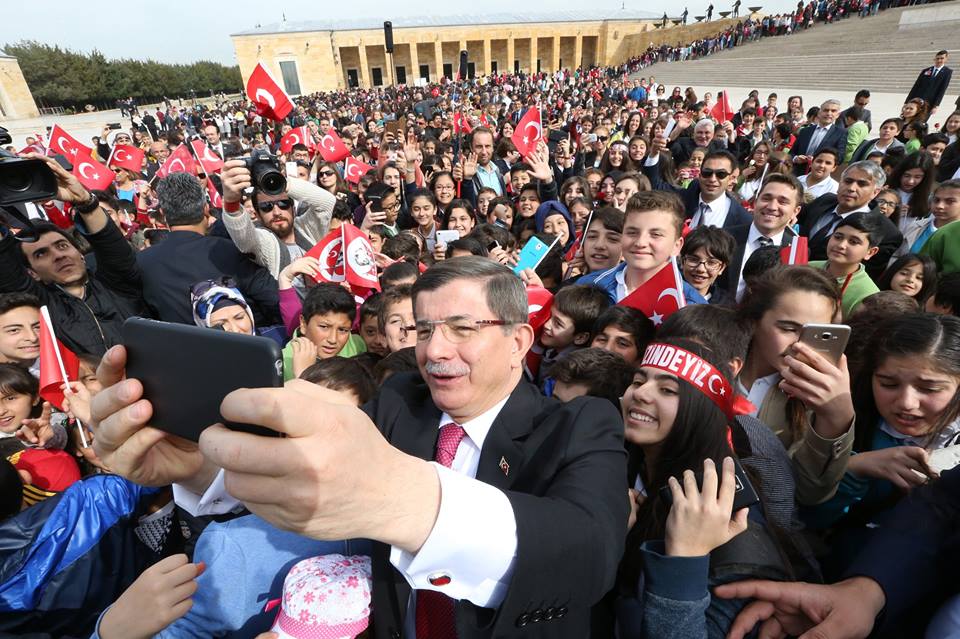 Last weekend, Turks around the world celebrated 23 Nisan (April) – Children’s Day. The day was initially established in 1923 as National Sovereignty Day to commemorate the country’s move from Sultanate rule to Parliamentary governance in the newly created Republic of Turkey. Four years later, Mustafa Kemal Atatürk gifted this public holiday to children around the world.

Children’s Day emerged from a desire to offer an annual fun day for orphaned children in Turkey, as many had lost one or both parents during the long years of war that had engulfed the country following the collapse of the Ottoman Empire.

Atatürk always attached the utmost importance to children – the future of any nation. On 23 April 1933, he welcomed children to his Presidential office to give them a sense of civic duty and responsibility. The tradition continues until this very day, with state officials, including the Turkish Prime Minister, MPs and ambassadors, inviting children to visit and occupy their offices for one day.

The international nature of the day has also grown, as Turkish children are joined by others from around the world that visit Turkey and celebrate together. This annual Turkish event has encouraged other countries to host their own national Children’s Day, while the United Nations has dedicated a day in its calendar – 20th November – for children.

Below are a few snaps of how the world of Turks celebrated this year’s 23 April.

In Ankara, Prime Minister Ahmet Davutoğlu took a selfie with children visiting Anıtkabir (Atatürk’s mausoleum), before inviting some to the Prime Ministry for a Children’s Cabinet meeting he co-chaired with Reyhan Nur Ünlü. The Turkish President welcomed 332 children from 25 countries to the new Presidential Palace where they planted saplings. In one part of the garden, the international children watered a newly planted Sycamore tree with water they had brought from their home rivers, including the Ganges (India), Mississippi (USA), Fuji (Japan) and Nile (Sudan).

Since 1979, national broadcaster TRT has been sponsoring an international event for the world’s junior citizens. This year was the 38th International Children’s Festival, held in Antalya, on the southern coast, to coincide with the opening of Expo 2016 on 23rd April. 400 children from 30 countries took part in the opening gala at the EXPO’s Amphitheatre, bringing a host of colour, music and dance to the festivities.

The TRNC declared a week-long Children’s Festival that ran between 18-25 April. Young people from North Cyprus celebrated with those visiting from Britain, Hungary, Kyrgyzstan, Lithuania, Poland, Romania and Turkey.

A special concert was held at the Near East University Great Hall on Saturday 22 April. Under the expert guidance of conductor Ali Hoca, the Lefkoşa Council Children’s Choir performed alongside players from the President’s Symphony Orchestra. Many notables were among the audience, including UN Special Advisor Espen Barth Eide and his UN colleague, Ban Ki Moon’s Special Representative Elizabeth Spehar.

The evening included performances of both Western classical pieces and popular Cypriot songs, such as Dilirga and Münüse. Eight-year-old Suna Alsancak, winner of a major music competition, received rapturous applause for her stunning piano solo and afterwards was presented with a bouquet of flowers by TRNC President Mustafa Akıncı.

TRNC Children’s Day on Sunday 23 April started with a minute’s silence in front of Atatürk’s statue in the capital in the morning, followed by a big ceremony in the Atatürk Stadium that was watched by many dignitaries including the current and former TRNC Presidents. Smaller events also took place around the TRNC.

A group from Dr Fazıl Küçük Turkish School in southeast London travelled to the TRNC. As well as taking part in the 23 April festivities, they also paid a visit to Dr Fazıl Küçük’s mausoleum – the great Turkish Cypriot leader which their school is named after.

There were also celebrations for children in the UK, Australia, Germany, Holland, and the USA – indeed anywhere there are Turkish communities.

In Frankfurt, outside the Municipality building a Turkish flag was hung for the day. The city’s Council Leader Peter Feldmann invited children to visit his office, mirroring similar invitations by Turkish Consul Generals across Germany.

The day started with poetry by pupils at the MTBA Turkish School, followed by folk dances and a performance by the Manchester Turkish Music Choir with the children. The event continued with face-painting, a puppet show and Children’s theatre, and ended with peace and friendship marches.

MTBA vice-chair Serap Hanson told T-VINE, “We were honoured to see so many diverse people celebrating this day, a gift from our leader Mustafa Kemal Atatürk to the children of Turkey and the rest of the world!”

She continued, “During the event, all the groups and schools wore their national costumes for their performances, which were accompanied by their traditional music.”

“It was an amazing day, which we strongly believe will contribute positively to the promotion of Turkey and its hospitable people.”

Multiple events were organised by Turkish schools and the wider community across London throughout last weekend to celebrate Children’s Day, including a fun day in Bethnal Green sponsored by UETD.

There was plenty of fun for Turkish children in Australia. The North Cyprus Turkish Community of Victoria hosted a special day for young people in Melbourne. As well as traditional costumes and dances, children left their handprints alongside a poster of Atatürk to acknowledge the day he had created in their honour.

In the US too, children were the centre of attention, with the Consul Generals in Los Angeles and New York inviting children to visit their offices. Turkish associations and schools across the country also celebrated with events for children.