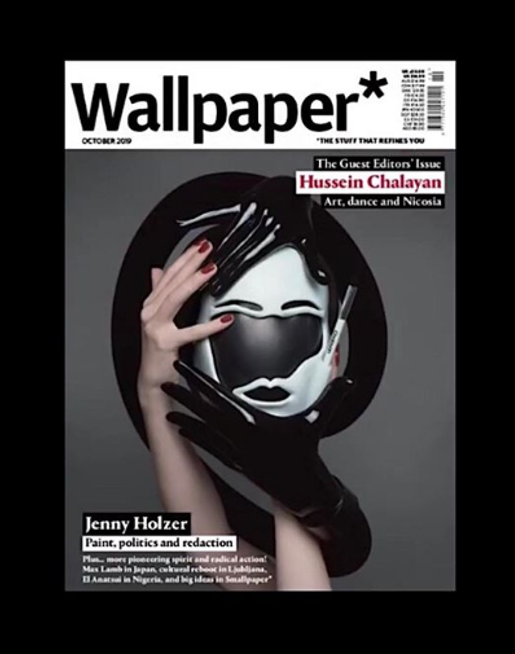 The latest edition of Wallpaper* – the world’s leading publication for architecture, design, fashion, art and interiors – sees Hussein Chalayan MBE as one of two guest editors.

The fashion designer uses the opportunity to put the spotlight on his hometown of northern Nicosia in Cyprus, which remains internationally isolated due to the ongoing dispute with Greek Cypriots.

In the six-page feature titled “Northern soul”, a team from the publication accompany Chalayan on a tour of old Nicosia. This historic walled part of the capital of the Turkish Republic of Northern Cyprus is currently undergoing a real renaissance and emerging as a unique creative hub.

Chalayan, formerly the patron of Turkish Cypriot human rights group Embargoed!, poses the following question to each person interviewed: “How has the isolation of Northern Cyprus affected your world view and work?”

The guest editor spot also sees Chalayan corral friends and collaborators, artists Ceal Floyer and Markus Schinwald, and choreographers William Forsythe and Pierre Rigal, to outline their works and ideas, which have inspired his own work.

The October 2019 Guest Editors Issue of Wallpaper* is out now. Priced £10, its available from WH Smith and all good newsagents.

Who is Hussein Chalayan?

In 2016, Wallpaper Magazine named him as one of the world’s top 20 design “game-changers”.

The Lefkoşa born, London-based designer has twice been named British Designer of the Year (1999 and 2000) and was awarded an MBE in the Queen’s Birthday Honours List in 2006.

Chalayan shot to fame by creating some of fashion’s most experimental designs including frock coats that build themselves (AW 2007-08); coffee tables that morph into skirts (AW 2000-01); dresses with wings to mimic those of aeroplanes (SS 2000); and pieces that can be folded up into an envelope (SS 2000-01). He has also collaborated with a host of artists, including Bjork and Lady Gaga.

He is known as one of the fashion industry’s intellectuals – inspired by a multitude of creative disciplines, as well as politics, nature and technology.