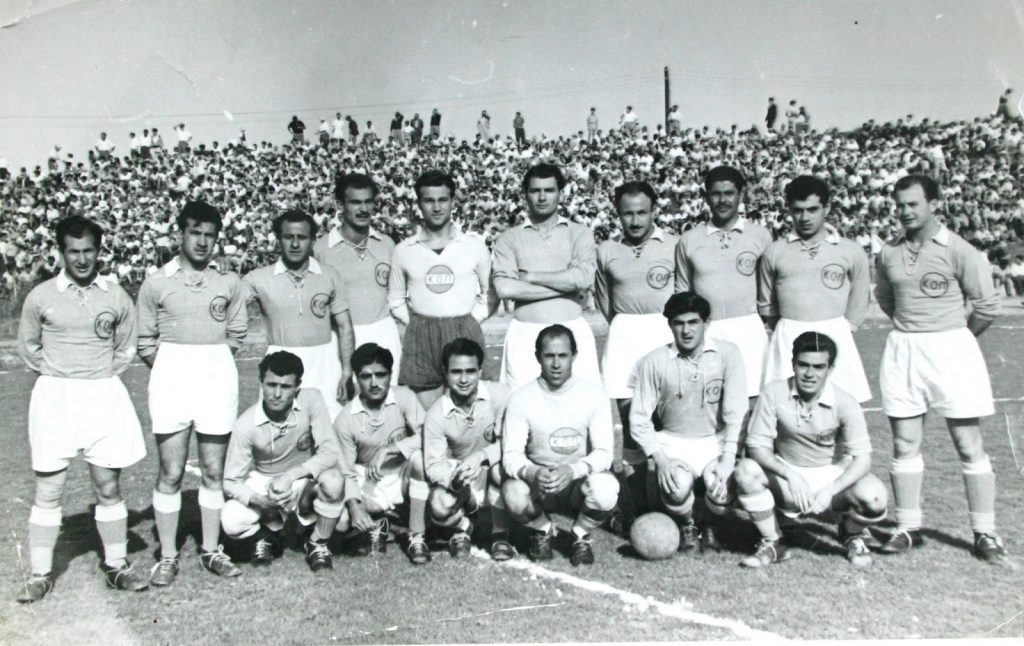 The Greek Cypriot-run Cyprus Football Association (CFA) will be celebrating its 85th anniversary on Monday – but for Turkish Cypriot teams the date serves only as a bitter reminder of the embargoes that have left them isolated from the international scene and the failure of FIFA to help.

The CFA was established following the introduction of football to the island by the British and the growing enthusiasm for the sport among the locals during the early 20th century, which had led to the formation of several clubs.

One of those was LTSK (Lefkoşa Türk Spor Kulübü – Nicosia Turkish Sports Club), formed in 1930 and which changed its name to Çetinkaya Türk Spor Birliği when it merged with another team in 1949.

LTSK were one of the eight founding members of the CFA and the only Turkish Cypriot side in the fledgling league.

The CFA became a member of FIFA in 1948 and joined UEFA, football’s governing body in Europe, in 1962, two years after the island gained independence from the UK.

Prior to independence, a “United Cyprus Team” consisting of Greek, Turkish and Armenian Cypriot footballers had played a number of matches from 1949 onwards.

Their first international friendly was a 3-0 defeat to Israel in Tel Aviv on 23 July, 1949.

In 1954 they played home and away ties against Israel, losing 3-1 in Nicosia before a 2-2 draw in the second match, according to the CFA.

It is believed this is the last occasion where Turkish Cypriots were included in a Cyprus “national” team.

The squad included a number of players from Çetinkaya, at the time one of the island’s strongest sides.

In 1951 they became the first, and since only, Turkish Cypriot team to be crowned Cyprus First Division champions.

Even today, despite not having played under the CFA umbrella for more than 60 years, Çetinkaya are still ranked as the 22nd best team to have played in its First Division based on their total number of points since 1934, according to data from the Rec Sport Soccer Statistics Foundation.

However, their run of CFA successes came to an abrupt end in 1955 when football fell victim to the political tensions that were about to tear Cyprus apart.

The start of the EOKA-led terror campaign against the British to achieve Enosis – union with Greece – and Turkish Cypriot calls for Taksim – partition of the island – in response, led to Turkish Cypriots setting up the Cyprus Turkish Football Association (KTFF) following their expulsion from the CFA.

The split occurred after Turkish Cypriot teams were barred from playing in stadiums owned by Greek Cypriots, described by Turkish-language newspaper reports at the time as a “scandal”.

A study of the early period of football in Cyprus by Ahmet Djavit quoted legendary Turkish Cypriot footballer turned sportswriter Özcan Özcanhan as claiming years later that Çetinkaya had been shut out of the CFA because Turkish Cypriots had taken “the side of the British” against the Greek Cypriot demands for Enosis.

“When we went to the GSP Stadium [in Nicosia] for the football match between Çetinkaya and Pezoporikos, the [person responsible for] the stadium, Mr Yabanas, and the night watch[man], Christakis, did not open the door,” Mr Özcanhan wrote.

“They told us that the Church had given an order that the Turks cannot play football anymore in the Greek Cypriot stadiums. . . Until [the CFA] declared its [expulsion] decision I think Çetinkaya was able to play one more match in Larnaca. That stadium did not belong to the Church.

“But the GSP stadium belonged to the Orthodox Church, to the Kykko Monastery. After this event, they excluded Çetinkaya from [the CFA].”

The KTFF, initially known as the Cyprus Turkish Sporting Organisation, was established officially on 29 October, 1955, with 40 teams in two divisions.

Doğan Türk Birliği won the inaugural season although Çetinkaya hold the record for the most number of league titles (14).

The new period saw relations established with the Turkish Football Federation, while applications were made for FIFA membership.

The outbreak of attacks by Greek Cypriots on the Turkish Cypriot population saw the suspension of the 1963-64 season.

The KTFF league did not resume until 1968, and another application for FIFA membership, submitted in 1972, was rejected.

Football was again suspended for the 1974-75 campaign because of off-the-pitch events, following the Greek-led coup aimed at annexing Cyprus to Greece and Turkey’s military intervention.

In 1983 FIFA cancelled the “special permission for foreign relations” it had granted to the KTFF in 1975 following the proclamation of the Turkish Republic of Northern Cyprus (TRNC), an article on the KTFF website says.

“Due to the embargoes imposed upon Turkish Cypriot sports, the teams could not even have games with the Turkish teams,” the article adds.

Unable to play even play friendlies with teams from FIFA-affiliated football associations – while having to watch from the sidelines as clubs, including from Turkey, played against fast-improving Greek Cypriot sides – the TRNC sought other avenues.

In 2005 teams representing Kosovo – now a FIFA and UEFA member – and Samiland, an area spanning Finland, Norway, Sweden and Russia, travelled to the TRNC to take part in a tournament to celebrate the KTFF’s 50th anniversary.

On 5 November, 2013, a “landmark” deal signed at the FIFA headquarters in Zurich, Switzerland, saw KTFF president Hasan Sertoğlu and the late former CFA chief Costakis Koutsokoumnis agree to a “provisional arrangement for the organisation of football in Cyprus”.

The agreement was controversial, as it would have seen the KTFF become a member of the Greek Cypriot-controlled CFA, which would continue to be the “governing body responsible for organising, servicing and administering football in Cyprus and for all international football activities in the country”.

The agreement, hailed at the time by then FIFA supremo Sepp Blatter and ex-UEFA president Michel Platini, who were witnesses to the signing, amounted to nothing after Greek Cypriot sports officials put up bureaucratic barriers preventing its implementation.

The TRNC national team attracted global media exposure the following year when they reached the final of CONIFA’s “alternative” world cup, where they were cheered on by thousands of fans in Enfield, North London, much to the chagrin of UK-based Greek Cypriot lobby groups.

International football has been off the menu in 2019, however, after North Cyprus pulled out of this year’s CONIFA European Football Cup due to Nagorno-Karabakh being named as the venue.

“Turkish Cypriots are, as individuals, EU citizens,” he said. “Our football, however, remains under embargoes. This is a two-faced standard of the world. Everything is based on benefit and interest.

“When we went to speak with FIFA and UEFA, they told us that there is no politics there, however they are politicised in the biggest way possible.

“We are in need of the support of the Turkish Football Federation.”