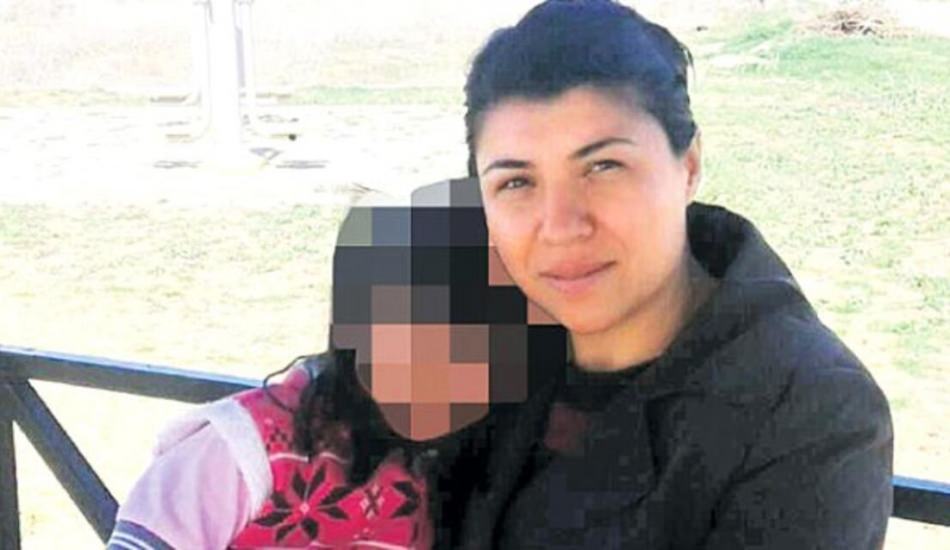 Shockwaves in Turkey over the killing of a mother in front of her child by her ex-husband have sparked a new debate over the country’s domestic violence record.

Emine Bulut, 38, was stabbed to death in a cafe on 18 August by her former husband in the central Anatolian city of Kırıkkale, some 50km east of the capital Ankara.

Fedai Varan told police he killed his former wife with a knife he always carried with him, Turkish media reports said. He has been charged with her murder.

Days after the incident, harrowing video footage from the scene emerged on social media, appearing to show a wounded Ms Bulut screaming: “I don’t want die!”

A child said to be her daughter can be heard sobbing and saying: “Mum, please don’t die.”

Ms Bulut, who reportedly divorced from Mr Varan four years ago, later succumbed to her injuries. The child has since been taken into care.

The Presidency’s Director of Communications Fahrettin Altun also called on media outlets to act “responsibly and ethically” in their reporting of the incident and to avoid coverage that “justified” the murder and “blamed” the victim.

Protests were held around Turkey to denounce the crime while the hashtag #olmekistemiyorum (I don’t want to die) was trending worldwide on Twitter.The outrage lead to widespread condemnation of the murder, calls for the protection of women’s rights and tougher sentences for perpetrators.

#olmekistemiyorum (I don’t want to die) trended globally on Twitter last week, as high profile people such as Ekrem İmamoğlu, the Mayor of Istanbul, posted about Emine Bulut’s murder

“We expect the murderer to be punished in the severest manner,” President Recep Tayyip Erdoğan’s spokesman İbrahim Kalın wrote on Twitter.

Justice Minister Abdulhamit Gül, also taking to Twitter, said that “the attacker” had been arrested “immediately” following the “brutal murder” of Ms Bulut.

“I have full confidence that this murderer will be given the punishment he deserves by the courts,” he added.

Istanbul Mayor, Ekrem İmamoğlu tweeted: “ ‘I don’t want to die’ was actually the cry of all women who were murdered up until today.

“‘Mum please don’t die’ [is] the tears of all orphaned children. We have lost Emine Bulut because of male violence.

“We stand by women and children in the fight against violence and we will continue to do so.”

Football players paid their respects to Ms Bulut with a minute’s silence before the start of the Beşiktaş-Göztepe match on 23 August at the Vodafone Park stadium in Istanbul. A message from Beşiktaş said: “We wish the killings of women to come to an end and the perpetrators to be tried with the most severe penalties. We won’t get used to it, we won’t shut up.”

A Turkish women’s rights group called the We Will Stop Femicide Platform said that 214 women were killed by men in Turkey in the first six months of 2019.

A total of 440 women were killed last year by their partners, according to the group, which it said was up from 409 in 2017.

“The fact that her last cry was asking not to be killed is the symbol of how little, we as women, want,” representative Gülsüm Kav was quoted as telling the BBC. “In Turkey, our demand, as women, is not to be killed.”

She said awareness in Turkey of the problem of femicide – the killing of a woman or girl by a man simply because of her gender – was first raised in 2015 following the murder and attempted rape of student Özgecan Aslan.

President Erdoğan was reported to have spoken on the phone to the father of Ms Bulut to offer his condolences.

At a weekend speech in Trabzon, where he also condemned the murder, he appeared to suggest that the death penalty should be brought back for such crimes.

On Thursday, 22 August, the country was rocked by another murder of a woman by a man, when mother-of-three Tuba Erkol, 37, from Konya, was allegedly stabbed 20 times by her husband Bekir Erkol in front of their children.

This happened despite the suspect having been imposed with a restraining order just four days before the murder took place, according to Turkish media reports.

“I can’t sleep without my mother. Please give some money to doctors, they can keep her alive,” the victim’s nine-year-old daughter Müşerref was said to have pleaded to neighbours after the incident.

In May it was reported that Turkish courts had issued 856,020 domestic violence prevention orders in the previous 27 months, according to the head of the first civil chamber of the Ankara regional courts of justice.

Zeynep Öksüzoğlu said in a presentation to the Turkish Parliament Committee on Equality of Opportunity for Women and Men that 38-39 per cent of women in Turkey experienced domestic violence at least once during their lives.

Women make up 82 percent of all domestic violence victims in Turkey, she added. Six per cent of victims where children, while the rest, 12 per cent, were men.

A report by the Umut (Hope) Foundation said that 477 women had been murdered in Turkey in 2018.

According to their figures, 209 were killed with firearms, 132 with knives and other sharp implements, while the rest – 136 – were either strangled or beaten to death, based on an analysis of news reports.

There have also been high profile cases involving women sent to prison for killing abusive partners.

The Turkish government has vowed to do more to tackle domestic violence. It has ratified the Council of Europe’s Istanbul Convention on preventing and combating violence against women and domestic violence, but critics say more needs to be done to implement the laws.

A new bill that would set a minimum 40-year sentence for crimes targeting women is also said to be planned.