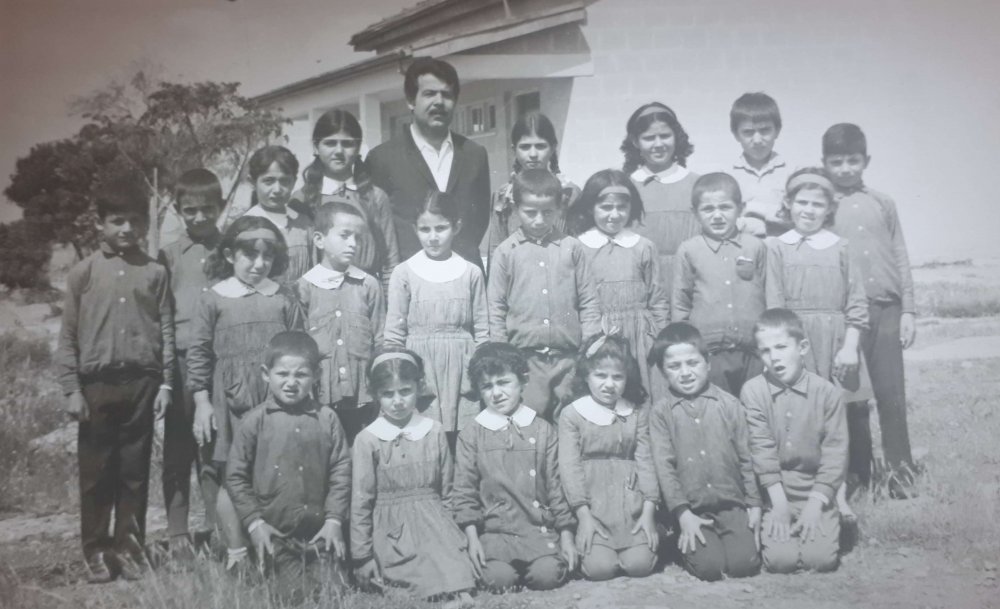 A man who avoided almost certain death at the hands of Greek Cypriot gunmen in 1974 by hiding in a barrel as a child has spoken about the terrifying moment he thought he and his family would be killed.

Şafak Nihat was just 13 when EOKA-B terrorists came to the village of Muratağa on the Mesaoria plain of Cyprus on August 14, 1974, killing almost all of its inhabitants before burying them with bulldozers in a nearby rubbish dump. The atrocity took place before Turkish troops, who had launched the second phase of their military campaign to protect and liberate enclaved Turkish Cypriots, could reach them.

The 89 Muratağa victims were among 126 people from the area, including women, young children and elderly villagers, who were massacred along with those from the villages of Sandallar and Atlılar.

It took soldiers and volunteers until early September to find the bodies of the missing residents.

In an interview with the North Cyprus news agency TAK to mark the 45th anniversary of the tragedy, Mr Nihat retold how close he and his family came to being discovered by the killers.

“We used to wake at sunrise and go to bed at sunset, and we woke up early that day too,” he said.

“My father wouldn’t let us leave the doors and windows open at night in the summer . . .  he was afraid that the Greek Cypriots could come at any time.”

Mr Nihat said he then recalled hearing “two loud gunshots” ring out – which he later learned had been the sound of EOKA-B members shooting dead a fellow villager.

“My father hid in a hayloft and put a box over his head,” he continued. “My mother, big sister and I hid in another room.

“My mother crawled under an old fireplace. Next to it were two barrels made of straw and mud. One of them was empty, one had fodder in it.

“My sister got into the one that was empty while I got into the other one – all of this happened while the sun was rising. We stayed like that sweating in the August heat until about 10am.”

Mr Nihat said that the attackers then broke down the door of the room where he and his sister were hiding and began looking for the family.

“They were looking for us because they knew the family of my father Hasan Nihat was missing,” he continued.

“My heart was pounding so fast at that moment that I said to myself ‘Dear Allah, don’t let them hear the sound of my heart’.”

The gunmen eventually left, although the terrified family remained in hiding for another six days, living off whatever food and water they could find.

Later it was the young Nihat and his shepherd uncle who noticed the “strong smell” emanating from a rubbish dump while grazing sheep.

Mr Nihat said that, despite the massacre, he did not feel animosity towards the Greek Cypriot community as a whole, adding that the attacks had been carried out by an “extremist minority”.

Meanwhile a number of ceremonies have been held this month to remember those who lost their lives defending Turkish Cypriot towns and villages and to mark the various stages of the second phase of Turkey’s Peace Operation, such as the liberation of Gazimağusa in the east of the island and Lefke in the west.

In a statement, Prime Minister Ersin Tatar said that it was thanks to Turkey’s military intervention that Turkish Cypriots were able to eventually establish the Turkish Republic of Northern Cyprus and live in peace.

He expressed his gratitude to the “politicians during that time, the Turkish Armed Forces and the fighters who made the decision to carry out the second phase of the operation” which became necessary “due to the Greek Cypriot side rejecting of all the proposals put forward during the Geneva conferences and continuing to attack Turkish Cypriots throughout all corners of Cyprus”.

Photo, top: Şafak Nihat (back row, second from the right), then 13-years-old, was the only pupil from his village school to survive the Muratağa massacre of 14 August 1974, when EOKA-B Greek Cypriot terrorists murdered 89 villagers and buried them in a mass grave