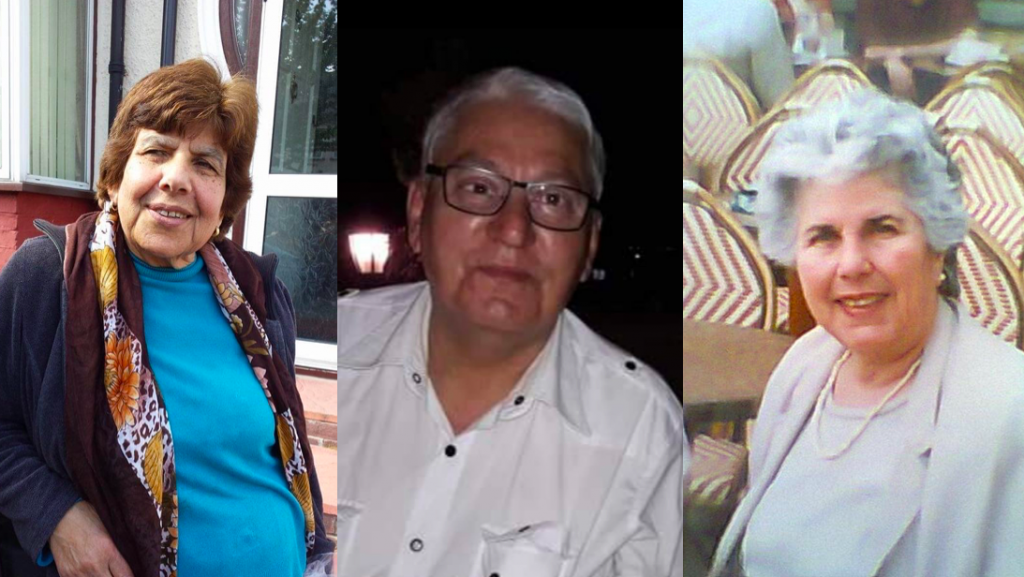 For the past two months, eighteen families have been campaigning to have their deceased loved ones returned to North Cyprus for burial. Last week, eleven of those families received the news that their applications had been successful.

An announcement by the government of the Turkish Republic of North Cyprus (TRNC) on Thursday, 14 May, stated that any Turkish Cypriot who had died abroad of causes other than Covid-19 can be repatriated to North Cyprus for burial from 1st June.

The decision partially lifts a TRNC government ban on human remains, which was passed in March as part of a package of security measures to contain the coronavirus pandemic.

The changes were revealed at a press conference given by TRNC Foreign Minister and government spokesperson Kudret Özersay on Thursday, following a seven-hour Council of Ministers meeting at the Prime Ministry on the same day.

Coming nine minutes into his briefing about the latest easing of Covid-19 restrictions in North Cyprus, Dr. Özersay said:

“Today the Council of Ministers after a lengthy period, especially for the United Kingdom, for Britain, on the return of bodies to our country, has evaluated the issue of repatriating our citizens who have died abroad.

“The appraisal was based on health [considerations] and the risks of contagion, and was made within the context of views put forward by our Health Ministry.

“A decision has been taken to permit from 1stJune repatriation for non-contagious, that is to say citizens who have died of non-Covid-19 causes of death, so they may be returned and buried in our country.”

TRNC Foreign Minister Kudret Özersay explains in Turkish the changes to the ban on repatriating the dead at a press conference, 14 May 2020 (9.09 minutes onwards)

The Foreign Minister added that to date all “formal applications” made to the TRNC Foreign Ministry for repatriations “have been forwarded to the Health Ministry”, and these persons had all died of “non-Covid causes.”

Dr. Özersay also said the government would make a “more detailed announcement” on the matter “in the next few days.”

Erkin Guney, head of the UK Turkish Islamic Trust (UKTIT), whose funeral arm is responsible for the repatriations, welcomed the news. He told T-VINE:

“We’re pleased the TRNC government has confirmed a start date for the repatriations. It’s been a really tough time for all the families who have waited patiently – some for as many as eight weeks – to get this news. The delays [for burial] go against all our customs and beliefs.”

“Naturally, families are upset that their loved ones won’t be home for [Eid/Ramazan] Bayram. We don’t know why the government didn’t grant us permission to start the repatriations straight away. We could have had the deceased home and buried this week,” he explained.

“The main thing though is we now have a firm date to work with and that’s reassuring for everyone concerned,” Mr Guney added.

Government ministers had faced growing criticism from bereaved families at the length of time it was taking to review the blanket ban. It has meant that bodies have had to be kept in the morgue of Shacklewell Lane Mosque, in East London, for weeks.

Anger was primarily directed at TRNC Health Minister Ali Pilli, who is responsible for public health and has insisted on maintaining a total ban on repatriations of the dead. Many relatives have branded him “heartless” over his stance.

Both Nihal Yavuz, the sister-in-law of Nefuk Orhan Kalkan who died in London of diabetes and heart failure, and Ayşen Rezvan, the younger sister of Covid-victim Mustafa Enver, told T-VINE that they had not received any response from Mr Pilli despite writing to him multiple times.

Tez Hassan, whose father Salim died of chronic kidney failure two months ago, said, “Because of this incompetent man that is a sorry excuse for a health minister, we can’t get any closure or peace.”

Relatives were further incensed when, in an interview with Kanal T last week, the Health Minister insensitively remarked: “Just saying ‘when I die, bury me in my country’ is not enough,” claiming there would be “a public backlash” to the repatriations.

The Minister failed to tell the broadcaster that the first eight applications had all died of non-Covid causes.

Annoyed at the continued misinformation on the issue, the families and UKTIT turned to the press. Articles appeared in leading British Turkish, North Cyprus and Turkish dailies, including Eurovizyon, Kıbrıs Postası, YeniDüzen, Hürriyet, and Milliyet, in quick succession last week.

Letters of support for the families also poured in, including from the Council of Turkish Cypriot Associations in Britain (CTCA UK), putting the Turkish Cypriot authorities under greater pressure to act.

With the TRNC Prime Minister Ersin Tatar and his Foreign Minister Dr. Özersay both supportive of the families’ right to bury in Cyprus, the issue was finally pushed through the Council of Ministers on Thursday.

While the partial reversal on the ban is good news for the relatives of Ayten Dervish, Nefuk Orhan Kalkan, and Salim Hassan, who all died of non-Covid causes, the decision to exclude Covid-19 victims, such as care workers Sonya Kaygan and Hakan Seyyar, and brothers Erdal and Erbay Yılmaz, means further delays and heart break for their families.

The seven families have all vowed to fight on, so their loved ones can also be buried in Cyprus.

The TRNC Government hasn’t completely ruled out the repatriation of those killed by coronavirus, but relatives do face an uphill battle to convince the Health Minister and the Turkish Cypriot public that there is no risk to public health from Covid-infected bodies. The fears have been whipped up in recent weeks by sensationalist media coverage in North Cyprus.

The country recently declared itself “coronavirus-free” after all hospitalised patients had made a full recovery and there have been no new cases for more than three weeks.

Prior to the pandemic, bodies were repatriated on flights from London to Ercan Airport, North Cyprus, via a quick stopover in Turkey.

Due to a lack of flights to Ercan at this time, deceased Turkish Cypriots will now be transported via a new route involving air, road and sea.

A Turkish Airlines cargo plane will first fly the deceased to Istanbul. From there, Istanbul Metropolitan Council will provide funeral cars to take the coffins from Istanbul Airport to Mersin International Port.

The Turkish authorities have decided to waive all charges for this 1,000km journey. This state-administered free service is normally only permitted for Turkish citizens, but given the coronavirus crisis, it is being extended to Turkish Cypriots.

The Turkey leg of the journey has been arranged by the Yurtdışı Türkler ve Akraba Topluluklar Başkanlığı (‘Presidency for Turks Abroad and Related Communities’) or YTB for short. The organisation, based in Ankara and tied to the Turkish Presidency, is responsible for supporting the Turkish Diaspora worldwide.

From Mersin, the coffins will be loaded onto a boat heading to either Girne or Mağusa Ports, where local cemetery officials will collect and take for burial on the same day.

Due to a ban on the entry of overseas residents to North Cyprus, UK relatives will not be able to accompany their deceased relatives for their final sacred journey. It is not clear if any TRNC relatives will be permitted to attend the funerals either.

The cost for the repatriation, including TRNC burial, is an estimated £3,000, and will be borne entirely by the families of the deceased.

Main picture, top, of Turkish Cypriots who have recently died in the UK and can now be repatriated: Emete Mustafa, Nefuk Kalkan and Ayten Dervish