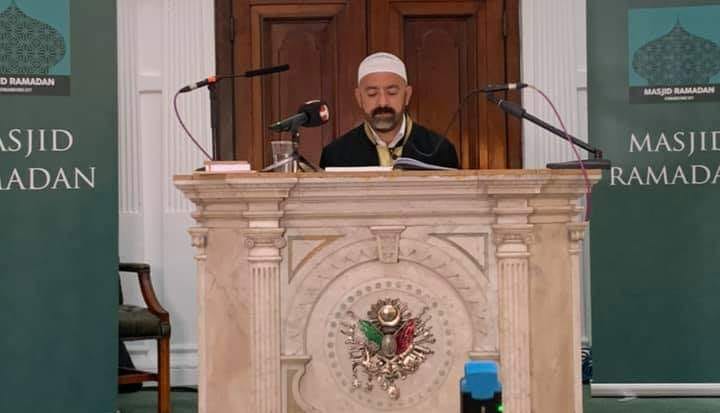 This Tuesday, 19 May, is the holiest night of the year in the Islamic calendar and occurs during the last ten days of Ramazan.

Known in Turkish as Kadir Gecesi and in English as the Night of Power, this is the night when the first verses of the Holy Kuran were revealed to the Prophet Muhammed by Angel Cebrâil. For Muslims, this is the single most important event in history.

According to the Kuran, Kadir Gecesi is better than a thousand months (97:3), and that on this night the angels descend to earth. Many Muslims will spend the whole night reciting the Kuran, or simply praying and asking for forgiveness.

Had mosques been open, they would be packed for this holy night with worshippers praying, and listening to readings from the Kuran and sermons.

The programme, comprising of recitals from the Kuran and special Ramadan Reflections talks in English and Turkish, will be broadcast at 10.30pm UK time.

The talks, part of a series called Ramadan Reflections, will include about the Prophet Muhammed’s aunt Hala Sultan, who is buried in Cyprus, the ‘Importance of Islam in the Turkish Cypriot community’, and ‘The Prophet Muhammed and the Significance of Kadir Gecesi’.

The programme is free to view for viewers with Turkish satellite (TURKSAT) in North Cyprus, Turkey and Europe. It will also be streamed by Kanal T via its Facebook page and website.