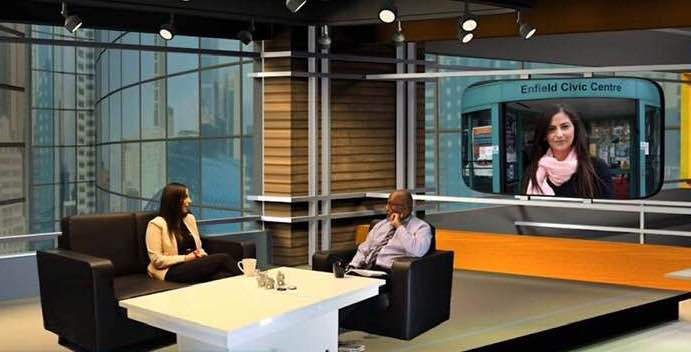 The interview, in English, will be broadcast at 21.30 UK time on BRT1 and BRT1 HD. It can also be watched live online via the BRTK website. The programme will also be made available to watch on Youtube.

It will be the first major interview Mrs Çalışkan has given to Turkish media since being selected head of the council following local elections last year. Her appointment made history as she became the first female leader of Enfield Council and, at the age of 29, the youngest leader of a council in London and possible England. It has also propelled Mrs Çalışkan into the community spotlight, as she becomes one of the UK’s highest profile politicians of Turkish Cypriot heritage.

In her first year as leader of the North London council, Mrs Çalışkan has faced a variety of challenges and controversies. A few weeks into her new role, she faced protests from Greek Cypriots unhappy that the North Cyprus national football team was playing at Enfield FC’s grounds during the CONIFA World Cup – an alternative tournament for nations not admitted into FIFA.

Working alongside Baroness Meral Hussein-Ece and a relatives action group, she played an important role in securing the intervention of the Ministry of Justice to investigate the poor “condition, practices and management” of Tottenham Park Cemetery. The site in Edmonton was closed by health and safety officials at the start of 2018 because of “risk to life” and there were further problems for the privately-owned cemetery when police were called over the discovery of human remains scattered across the site.

Mrs Çalışkan has had to overcome a vote of no confidence in November after she suspended Yasemin Brett, a cabinet member, for going against the party whip over its North London Waste Plan. Last month there was further controversy when, at the behest of Labour’s Central Office, she suspended another veteran councillor Ayfer Orhan over a tweet deemed anti-semitic.