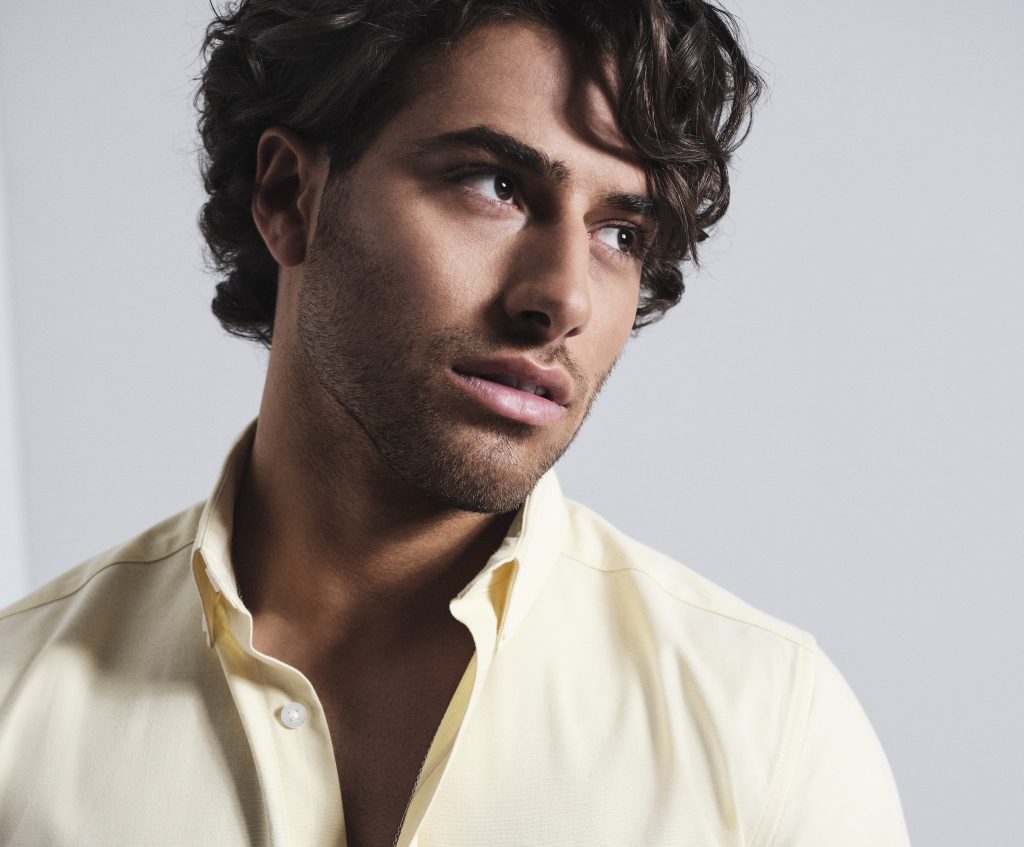 Speaking at its launch a few weeks ago, Kem said, “I’m so excited to have the chance to work with Primark, I have been going into the stores with my family since I was a young boy, so to join this family-orientated brand is a dream come true.”

The young TV personality, who found fame after winning reality TV show Love Island in 2017, has been working with Primark since August designing a range that he would want to wear.

The 16-piece collection comprises of fitted and loose shirts, shorts, sliders, sunglasses and coin necklaces. Block colours, bold stripes and floral prints can be found both in shirts and shorts, with some coming as matching sets. There is something for every occasion – whether that is a pool party, family BBQ or evening out.

Ahhhhhhh we started in August and finally it’s here! By the end of the week my new summer range will be in every @primark across UK & Ireland, one of my proudest moments yet. I hope you all love it as much as I do & make sure you tag me in all your pics so I can lose my head even more than I have today after these pics 😂🤩

Kem gives style tips for the summer and explains a bit more about his collection in a promotional video. Describing his personal style as “a little bit flamboyant, a little bit lairy”, he suggests the purple and yellow striped shirt would be perfect from beach to bar: “You can wear it unbuttoned during the day or with the matching or plain white shorts, and then the buttoned in the evening. It’s quite smart – and very lairy!”

When it comes to shorts, he is in favour of very short ones. The shorts in the Primark collection with the striped side detail are the perfect length for him.

He also says that he likes “A matching set – especially during the day when you’re at a pool party with your friends. But, in the evening, it is good to mix up. You can wear the yellow fitted shirt with a pair of chinos or white jeans for a smarter look.”

T-VINE caught up with Kem and his mum Figen while they were in Egypt filming Kem’s new commercial project. A fashion lecturer, we asked Figen Cetinay what styling tips she’d given her sons over the years, and did she have a hand in Kem’s new collection.

Kem on his flamboyant tastes, “it’s me just having fun and not taking fashion too seriously”

Figen told us: “Whilst Kem and his brother Izzet were growing up, I tried to instil in them not to be afraid of trying different looks, to be individual in their style and wear what suits them and makes them feel good about themselves rather than follow the crowd.”

She added, “I worked with Kem on this collaboration with Primark by helping him to understand about body shapes, fit and colour combinations.”

Happy Mother’s Day to my Rock, Thankyou for being there for me every step of my journey and raising me and my brother so well❤️ 📷 By the amazing @rankinarchive

And as the photos show, the fit and colours of the summer capsule certainly have a bold and beautiful look about them.

We quizzed Kem on where his flamboyant side comes from. He told us it’s typical of his “holiday wardrobe…it’s me just having fun and not taking fashion too seriously.”

He also said of his experience working with Primark: “I learnt that you have to trust your own instincts about your own style. If you are going to collaborate with a fashion brand, you have to be brave enough to put your own stamp on it.”

Awarded the Rising Star Award by the Council of Turkish Cypriot Associations UK in 2017, Kem’s national profile continues to grow.

Since winning Love Island on ITV, the 22-year-old Turkish Cypriot from Romford, Essex, has been an ever-present on our screens, from Dancing on Ice to Celebrity Hunted, as part of Channel 4’s annual Stand Up To Cancer campaign.

The teams will be managed by Harry Redknapp and Good Morning Britain host Piers Morgan, with the game taking place at Chelsea’s Stamford Bridge on Sunday 16 June.

The hairdresser-turned-celebrity now has 2.3 million followers on Instagram and a little under half-a-million on Twitter, making him one of the most influential young celebrities in Britain today.