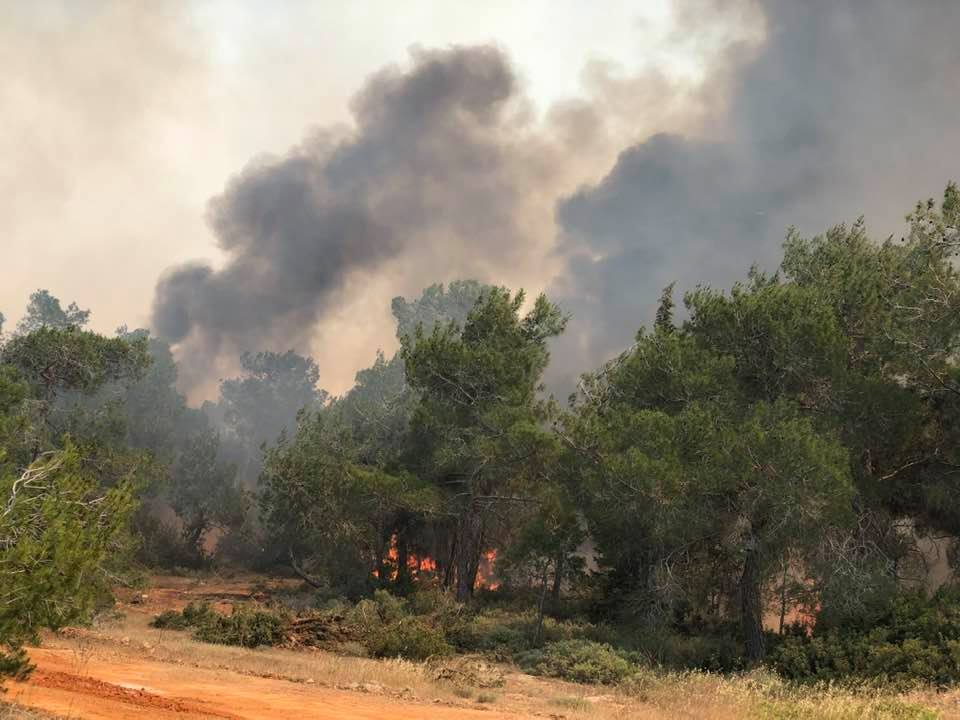 A wild fire that broke out by a village in northwest Cyprus earlier today has quickly spread, threatening thousands of acres of forest and other settlement areas.

There has been no reported loss of life, but the fire has scorched the forests around Tepebaşı, Akdeniz, Kalkanlı, and Koruçam (also known as Kormacit) in the Turkish Republic of North Cyprus (TRNC).

Speaking on state broadcaster BRT earlier today, TRNC Deputy Prime Minister Kudret Özersay said the fire was spotted in three different places and that adverse wind conditions was fuelling the fire, which was rapidly spreading towards the coast.

Dr Özersay said they had received a positive response to their calls for help from Turkey, South Cyprus and the British Sovereign Bases, which were sending a variety of aircraft to aid with local efforts to put the fires out.

“Not a day goes by without a crisis”

Writing on his personal Facebook, the Deputy Prime Minister said a helicopter from Turkey had already arrived, and a second one had left Adana making its way to the TRNC.

Starting with the message, “Not a day goes by without a crisis,” Dr Özersay stated that:

“Due to the nature of the fire, the need for aerial intervention is essential; we are coordinating our efforts closely with Turkey, the British Bases administration and the Greek Cypriot administration to manage this humanitarian crisis.”

Residents close to the fire, including students based at Middle East Technical University’s Kalkanlı campus, have been evacuated as a precaution.

The TRNC President Mustafa Akıncı, Prime Minister Ersin Tatar, fellow ministers and politicians, including Tufan Erhürman and Fikri Toros, respectively the leader and member of the main opposition Republican Turkish Party (CTP), have all visited the area to see the damage first hand.