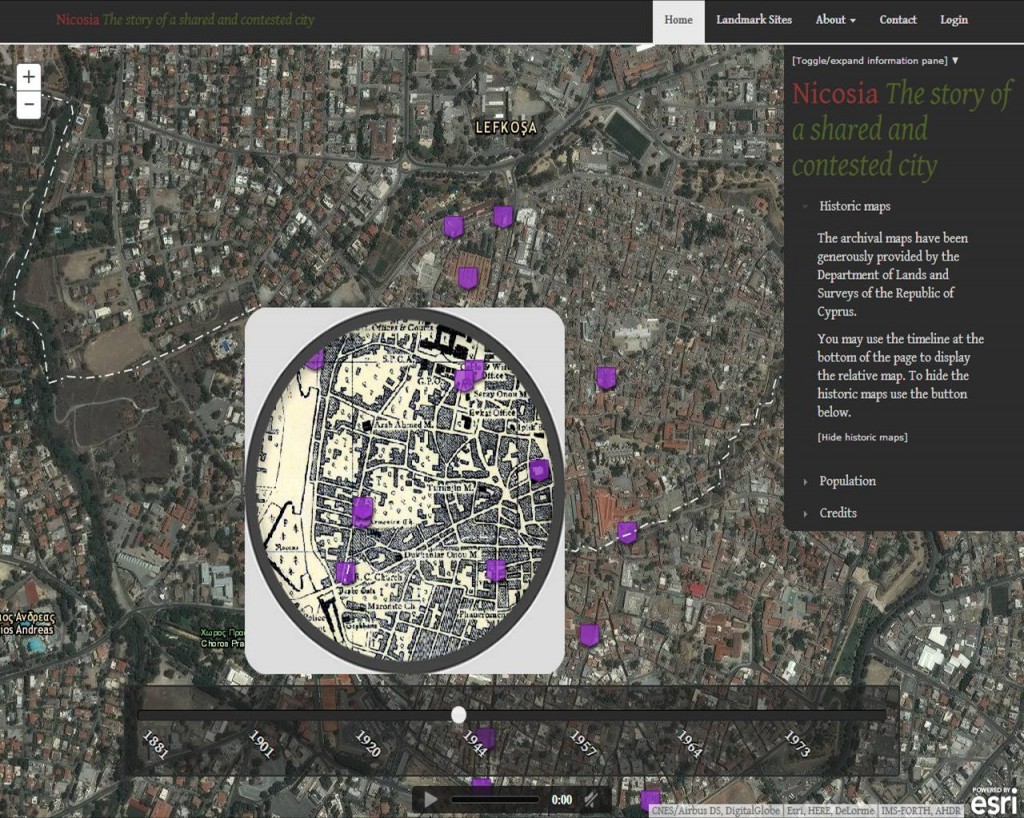 Earlier this year, a new interactive map of Nicosia was launched online. Delivered by bi-communal Cypriot group the Association for Historical Dialogue and Research (AHDR), this 3-year research project set out to capture details about the divided city’s landmarks.

The result is “Nicosia: The story of a shared and contested city”, an innovative website with facts about 190 key sites. It also contains a collection of short personal stories and public intrigues that took place during the period 1878-1974.

Moving the cursor along the timeline, which runs from 1881 to 1973, brings up different landmarks in the city, listed on the map according to the date they were built: the older they are, the further up the list they will be.

One of the hidden gems on the site is the story about the Sultan Mahmud II Library, located in the heart of the city and listed at number 22. Here is a short snippet from its entry: “This is a stone building opposite the east door […] of the cathedral of St. Sophia/Ayasofya Mosque. It was built in the reign of Mahmut II (1808-39) by the vali [governor] of Cyprus, Ali Ruhi Efendi. It has a special significance as the first state library, and the one founded by the state and the citizens in co-operation. The Building reflects all the characteristics of early 19th century Ottoman architecture.”

Listed at number 143 is the Royal Hall, found on Xanthis Xenierou Street, in Old Nicosia South. “This historic, stone-built cinema was one of the first purpose-built buildings when it was constructed in the late 1940s. Not much can be found about this cinema today. Most of the information on this historic venue comes from the memories of the few remaining inhabitants of the neighbourhood surrounding Royal Hall.

“In its heyday, high-profile performers such as Sofia Vembo and Aliki Vougiouklaki paraded through the doors of the Royal. However, due to a change of ownership and concurrent political events, around 1982 the theatre closed its doors to the public. It was then used as a jeans-making factory (among other things), until it finally fell into disrepair, as was the fate of so many other historical buildings in the walled town of Nicosia.”

The Royal Hall has been undergoing major repairs work since 2007 and is now back in use as an events venue. The Sultan’s Library was restored and re-opened to the public in 2011, but sadly many of its books have been moved to other libraries across the TRNC.

The new Nicosia website is currently only in English, but is being translated into Greek and Turkish too.  The project was funded by Norway Grants, and supported by the Council of Europe and the Home for Co-Operation.