Karanlıklar İçinde (Hey People): how Feryal finally got to feature on the official release of this 30-year-old track 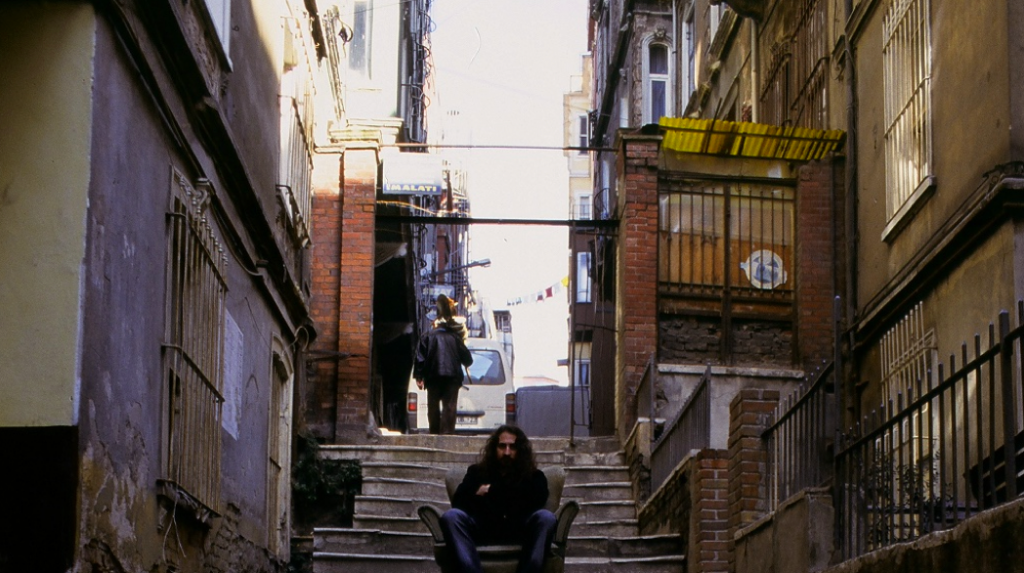 Rock musician Hakan Tuna continues with his 2021 project ‘12 songs 12 stories’. This month the spotlight is on Karanlıklar İçinde, which gets a new lease of life 30 years after the original was recorded. Despite its many incarnations, one person’s contribution has never made it beyond the demo tape – until now.

Back in 1991, Karanlıklar İçinde[means ‘In The Dark’ in Turkish] started life as an English track. Hakan was so proud with what he had created that a week or so later he recorded a Turkish version of it, producing two songs: Hey People and Karanlıklar İçinde.

In 1994 he recorded a demo and merged the two songs into one, and Karanlıklar İçinde (Hey People) was born. Hakan’s cousin Feryal sung the female vocals for the track.

Armed with an 8-track demo, Hakan set his sights on conquering Turkey and duly landed a record deal there with rock-pop label Prestij Müzik, “but that’s a story for another time”, Hakan tells us in his press notes.

We now fast forward to 2000 and, having escaped his record deal with Prestij Müzik with only a few scratches, Hakan made a new 4-track demo, again featuring Karanlıklar İçinde and his cousin Feryal on the vocals. Yet again though, this version didn’t see the light.

Instead, a year later, Hakan decided to re-record the song with a professional singer Pembe Cengiz doing English vocals. It was this version that ended up on Hakan’s debut album Karanlıkta Güneş in 2004, where it became his “secret hit”.

Despite everyone using cassettes and CDs, Hakan pushed to have his album also released on vinyl. As a result, Karanlıkta Güneşwas the first time a vinyl pressing of a new album had appeared in Turkey for a long time. Only 300 numbered copies were ever made, which are now a rare collector’s item.

In May 2021, Karanlıklar İçinde celebrated its 30th anniversary, and to celebrate Hakan created a new version of the track. It features the original drummer and bass player from Hakan’s first album and his cousin Feryal, who finally appears on an official release of the song.

The 2021 track exudes a smooth funky melody and catchy brass instrumentals, and the mix of English and Turkish lyrics is a real delight to the ears. Hakan’s Turkish vocals and Feryal’s English vocals complement each other in the most beautiful manner.