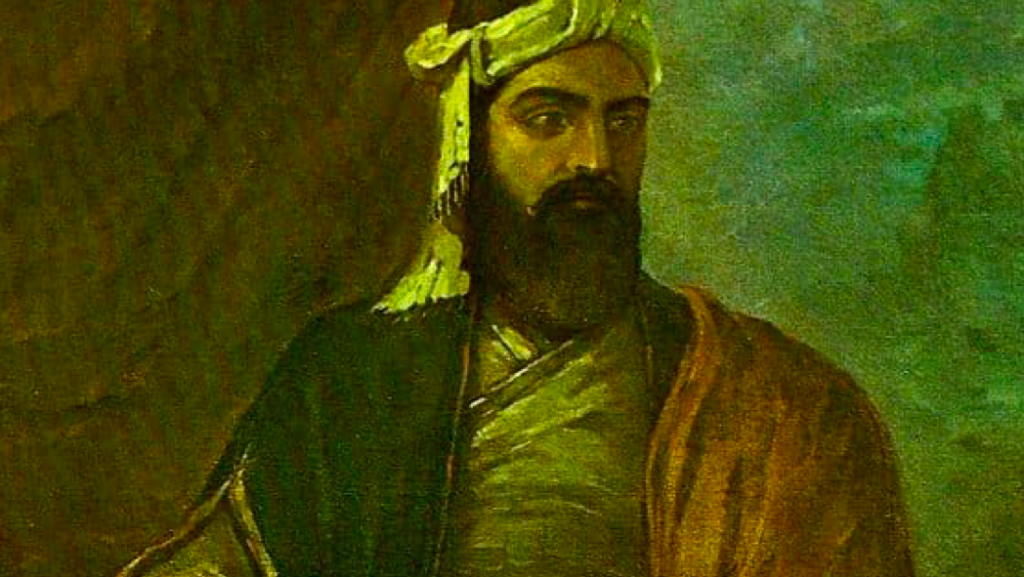 Nizami Ganjavi is one of Azerbaijan’s greatest poets and thinkers. Following a decree by the President of the Republic of Azerbaijan, Ilham Aliyev, in Janury, 2021 was declared the “Year of Nizami Ganjavi”. The aim is to promote Nizami throughout the world and to further explore his legacy.

It should be noted that although there are many references in world literature to this great man’s work, which reflects universal human values, Nizami’s writings deserve to be promoted more widely internationally.

For Azerbaijanis, Nizami Ganjavi is mentioned in the same breath as other prominent classic names in world literature. Like Dante, Servantes, Shakespeare, Honoré de Balzac, and Victor Hugo, Nizami was a master of prose. This twelfth century writer is the national pride of the people to whom he belongs, while also belonging to the elite group of world class literary figures.

He was born as Muhammad Ilyas in 1141 in Ganja, the second largest city in Azerbaijan, which at that time was part of the Selcuk Empire. Acquiring the pen-name Nizami Ganjavi, this great Azerbaijani poet and philosopher remained in the city all his life until his death in 1209. During this time, Nizami mastered the sciences of the Middle Ages, which underpinned his life philosophies.

His literary expressions began with the creation of a lyrical poem. He went on to author famous ghazals (an ancient artform comprising of short poems of rhyming couplets that deal with love and loss) and odes.

Nizami’s best known poetic work is the epic “Khamsa”, also known as ‘Panj Ganj’, or ‘Five Treasures’, as it combines five long poems written in the form of distich (couplet). These five poems are: “Treasury of the Mysteries”, “Khosrov and Shirin”, “Layla and Majnun”, “Seven beauties” and “Iskendername”.

Widely regarded as a sage during his lifetime, Nizami’s legacy reflects noble human ideas. He called on people to act with dignity and generosity.

Nizami is the first poet in Eastern literature to describe a woman as ‘a being with high human qualities’. He argued that women can be active in various spheres of life on an equal terms with men.

His literary works and ideas are widely appreciated and shared by not only Azerbaijanis, but also Afghans, Iranians, Turks, Kurds and Tajiks, and far beyond including in Europe.

Isa Habibbayli, an Azerbaijani scientist and academic, described the many qualities associated with Nizami Ganjavi and his rich legacy:

“His works contain instructive plots and bright, thought-provoking images from the lives of many countries and peoples of the world.

“The famous poems immortalised in the masterful “Khamsa” are like an encyclopaedia of literature of the East and the West. Nizami Ganjavi skilfully pulls together the events and personalities of a huge area from Greece to India, from Arabia to Russia, from Iran to the Balkans.

“Through the works of Nizami Ganjavi, which have been translated into [multiple] world languages, the peoples of Europe have gained the opportunity to learn about the East more widely. In this sense, Nizami Ganjavi is the greatest guide of the Eastern world and Azerbaijan in the Western countries and in the world in general.”

“For richness and fineness of metaphor, accuracy, and profundity of psychological observation, and sheer virtuosity of storytelling, Nizami is unequalled”

The findings of various academic research show that English orientalists studied Oriental culture by reading Nizami’s works. From the 17thcentury onwards, across Europe there was a deep and growing interest in Eastern literature and its leading authors. According to renowned Ukrainian orientalist Agafangel Krimsky, Nizami’s poem “Layla and Majnun” influenced Shakespeare’s “Romeo and Juliet”.

Well-known English orientalists S. Robinson, E. Brown, A. Arberry, J. Malcolm and others wrote many critiques of Nizami’s body of work and legacy.  At the end of the 19th century, German writers J. W. von Goethe and H. Heine were also drawn to the genius of Nizami’s literature, with von Goethe “describing Nizami as, “A gentle, highly gifted spirit”.

French orientalists have also studied Nizami since the 17th century. The work of “The Oriental Library”, published in Paris in 1897, was a turning point in this field. Writers such as I.Burno, A.Russo, K.Gotje, and Louis Aragon all showed interest in Nizami’s creative writing. The services of the well-known orientalist Henri Masse in this field are of immense importance.

In addition, orientalists from across Europe, including in Poland, Hungary, the Czech Republic, Italy, Spain, Estonia, Lithuania, Latvia, and Ukraine have all written about Nizami’s legacy.

The Azerbaijani writer’s manuscripts can be found in the Library of Paris, the National Library of Vienna, the Oxford Godlian Library, the British Museum in Cambridge, the Metropolitan Museum in New York, Munich, Delhi, Dublin, Cairo, Copenhagen, and others.

It should be noted that “The Great Azerbaijani Poet Nizami”, a biography by Russian academic Y.E. Bertels, was translated into English and published on the initiative of academic Nargiz Pashayeva, the Azerbaijani co-chair of the Nizami Ganjavi Centre at Oxford University.

Renowned Azerbaijan scholar Mayil Ismayilov notes in his article that Nizami’s poems have been repeatedly translated and published in multiple European languages with extensive commentaries: “The exceptional significance of Nizami’s rich work as an achievement of human culture is that it excited and resonaned in the works of Chaucer, Shakespeare, Dante, Boccaccio, Schiller, Goethe, Balzac, Mark Twain, Voltaire and other world literary luminaries…”

“Today we are proud to say that we know that in the literature of European peoples, works were written that had something common in Nizami Ganjavi’s creation and were influenced by “Khamsa,” Ismayilov added.

In addition, some of the poems in Goethe’s “West-East Divan” are dedicated to the creative genius of Nizami Ganjavi has been repeatedly confirmed in a host of Nizami studies, again underlining the Azeri writer’s true value.

M.P. Conant, an English researcher who was a member of the British Parliament from 1931 to 1959, described the influence of this book on Voltaire’s  work “Zadiq, or Fate”, written in 1746, that is rich in fantasy and adventure, as follows:

“Their (Sarandip’s three young sons – MI) “corresponds to the fact that Voltaire imitated Bahram Shah’s first adventure in his country in “Zadiq”.

The 18th century English poet Isaac D’Israeli wrote the poem “The Love of Majnun and Layla” in 1799, and based on this work, Isaac Brandon composed the opera “Qeys or Love in the Desert.”

Another example of Nizami Ganjavi’s influence on English literature can be found in “Seven Fountains: An Eastern Allegory’, written in 1767 by Sir William Jones, who drew on Nizami’s poem “Seven Beauties”. The work remains of special interest in both English literature and oriental studies.

The poem was first included in a book published by Jones in London in 1772. In the foreword to the book, Jones writes that the poem was taken from a collection of stories by Ibn Arabshah, who lived in the 15th century, and was influenced by Nizami Ganjavi’s poem, which is why he called it “Seven Fountains”.

Another example of medieval English literature bearing the influence of” [Book of Alexander], is the ballad about the crusades of Richard the Lionheart.

Well-known Azerbaijani writer Elchin notes that Nizami Ganjavi is one of the rare figures in the history of not only literature and art, but also human civilisation, whose appreciation and the respect for his work knows no national, racial, religious, or geographical boundaries.

Elchin argues that Nizami’s work is timeless and that his creative writing, penned 850 years ago, remain as relevant today as then, which only underline the permanence and significance of his incredible body of literary work.

Essentially, Nizami Ganjavi is above all manifestations and interests of social formation, nor is he limited by the political and social stages of mankind – feudalism, socialism, capitalism. These systems have not lessened one’s attitude or evaluation of this phenomenal writer.

On the contrary, Nizami’s work, all sixty thousand lines of his five epic poems “Khamsa” and other lyrical poems, are as modern and relevant today as they were 850 years ago due to their artistic aesthetic and socio-philosophical level and importance.

As American professor Peter Chelkowski wrote in the foreword of “Mirror of the Invisible World: Tales from the Khamseh of Nizami”, the New York Metropolitan Museum of Art’s comprehensive 1975 book about this giant of world literature:

“Nizami’s work serves as a vehicle and a symbol of this tradition [of memorization and recitation of literary heritage], for it unites universality with deep-rooted artistic endeavor, a sense of justice and passion for the arts and sciences with spirituality and genuine piety.

“For richness and fineness of metaphor, accuracy, and profundity of psychological observation, and sheer virtuosity of storytelling, Nizami is unequalled”.