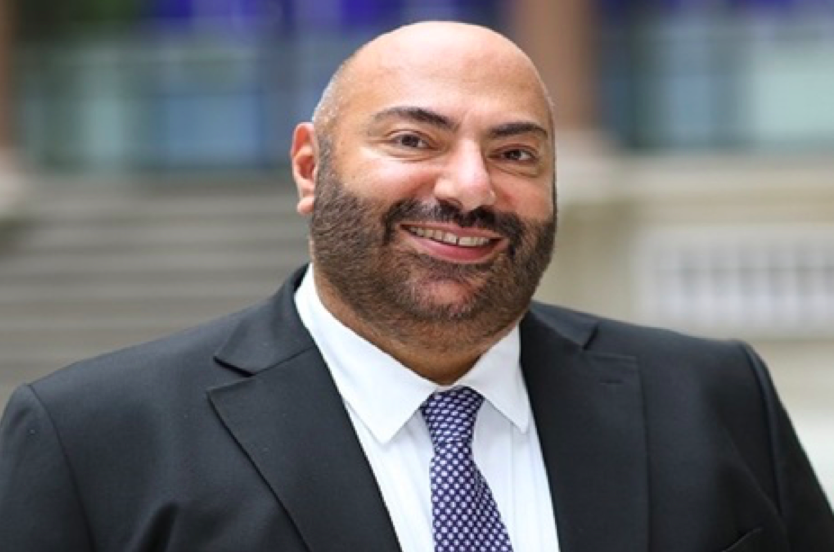 The United Kingdom’s newly appointed top diplomat in Istanbul Kenan Poleo has arrived in the country and is already seeking to overcome his first challenge: which Turkish football team should he support?

In two short clips, one in Turkish, one in English, filmed in the stunning grounds of the British Consulate in Istanbul and shared on Twitter, Mr Poleo introduces himself as the UK’s Consul General in Istanbul and Her Majesty’s Trade Commissioner for Eastern Europe and Central Asia.

The diplomat says, “I can’t tell you how happy I am to be here”, adding that he is “looking forward to meeting all my new colleagues, and making new friends here in Turkey.”

He states that “Turkey and the UK have a great bi-lateral relationship”, which he will work towards “improving.”

Without stating explicitly his ethnicity, Kenan Poleo comments on his roots: “My name no doubt gives away that I am not a foreigner,” and that he “cannot wait to explore and find out more about this great country,” as well as “continue to improve my Turkish language”.

Delighted to be here in Istanbul, thanks for the great welcome so far ⁦@UKinTurkey⁩ pic.twitter.com/35UaJAUVC9

Then he gets to the crux of the video, asking viewers, “The real question is which team should I support?”

The two clips have received over 80,000 views, while hundreds of people responded with comments urging the new Consul General to back a host of different teams, but primarily one of the top three clubs in Istanbul: reigning champions Beşiktaş, Fenerbahçe, or Galatasaray.

Andrew Simes, writes “Dear Consul-General Kenan Poleo, as a Briton living in Turkey, please allow me to welcome you and also point out the long-standing tradition of UK consuls and ambassadors supporting Turkish football teams. Might I suggest Beşiktaş – the noblest of choices”, posting a photo of Britain’s former Ambassador to Turkey, now MI6 chief and famed Beşiktaş supporter Richard Moore.

Dear Consul-General @KenanPoleo , as a Briton living in Turkey, please allow me to welcome you and also point out the long-standing tradition of UK consuls and ambassadors supporting Turkish football teams (pictured: @ChiefMI6 ). Might I suggest @Besiktas – the noblest of choices pic.twitter.com/0qHRYclCGH

Judith Slater had opted for Galatasaray when she served as Consul General in Istanbul, while Britain’s current Ambassador in Ankara Sir Dominick Chilcott has committed himself to Fenerbahçe.

While most people were busy offering club suggestions, Betul Ebcioglu brought up the issue of Turkey being on the UK’s Covid Red list:

“Hos geldiniz [Welcome]:) Could you please give prioritization to the UK Travel list issue? Turkey should not be on the red list anymore. It should be changed to Amber. Could you please check with the UK Ministry of Transport? Thank you.”

Hos geldiniz 🙂 Could you please give prioritization to the UK Travel list issue? Turkey should not be on the red list anymore. It should be changed to Amber. Could you please check with the UK Ministry of Transport? Thank you.

A South Londoner, there is nothing in the public domain about the Consul General’s ethnic background, but his name suggests a Turkish (Kenan) Spanish (Poleo) mix.

In one tweet after arriving in Istanbul, the Consul General gives a nod to his Turkish heritage when he writes about the problem of people not being familiar with his Turkish first name Kenan:

“Almost there ! And this is the first time in my life I haven’t had to give a fake name or deal with crazy misnaming ! Kevin / Ken/ Kerian / Kenyan no more ! Bugünden Kenan Bey!”

What we do know is that Kenan Bey has a fantastic CV.

Previously, Kenan was Head of Global Portfolio, and before that Head of EU and International Programmes at Innovate UK where he was responsible, amongst other things, for the Newton Fund programme, the National Contact Points team and other programme delivery.

Prior to this, Kenan served as the Regional Director for UK Science and Innovation Network Europe at the Foreign and Commonwealth Office (FCO), where he provided strategic direction and leadership for science attachés and diplomats based in 14 Embassies and Consulates across Europe, Russia and Turkey, with the twin aims of informing and influencing science, research and innovation policy, and encouraging international collaboration.

Almost there ! And this is the first time in my life I haven’t had to give a fake name or deal with crazy misnaming ! Kevin / Ken/ Kerian / Kenyan no more ! Bugünden Kenan Bey! pic.twitter.com/oXJ8OT1UYF

He has also served as Deputy Director of European Legislation at DECC, where he was the Department’s lead negotiator for the Industrial Emissions Directive.

He was seconded to the Slovene Ministry of the Economy (during their European Presidency) as a National Expert on Energy and Climate Change, supporting the delivery of key aspects of the EU Energy Market and 2020 Energy and Climate Packages.

He has also held several positions in BIS, including Deputy Director for Energy Resilience and Emergency Planning, where he led his team to respond to major energy crises, including participation in Cabinet Office Briefing Rooms (COBR) meetings.

He led a national 36-hour non-stop exercise with over 200 players from across government and industry (including Ministers) to test national emergency plans for energy.

Kenan Bey has also served as the Assistant Director Chemicals Industries, leading a cross-Whitehall two-year project on civil contingencies and counter-terrorism, working closely with industry and governments across Europe. He has transposed Employment Law preventing age discrimination, and was the project manager for the UK´s Manufacturing Strategy, published in 2008.

Before joining the civil service in 2001, Kenan worked in the NHS, first as a service provider then as a Commissioning Manager in several London Health Authorities, where he was responsible for identifying the needs of, and then procuring services for, people living with HIV/AIDS, substance misusers, asylum seekers and refugees, homeless people and people from Black and Minority Ethnic Communities.

He studied African and East Mediterranean Studies at the University of Birmingham and Modern Turkish Studies at SOAS.