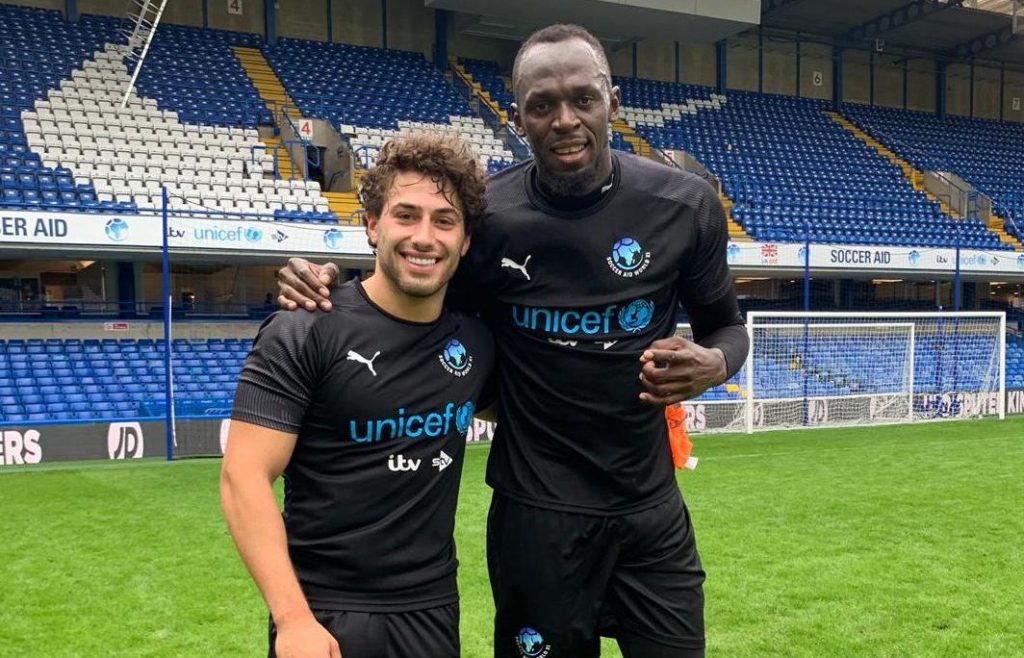 The England team, managed by Sam Allardyce, had been set to win in normal time when Kem received a pass from Manchester United legend Eric Cantona, sidestepped former England captain John Terry and curled a shot into the top left corner, taking the game to penalties, where his team, managed by Piers Morgan, triumphed.

See Kem’s goal and celebrations at 10.50

The game, played at Stamford Bridge in front of an audience of nearly 40,000 people and also televised live on ITV, helped raise an impressive £6,774,764 for Unicef, beating last year’s tally by over a million pounds.