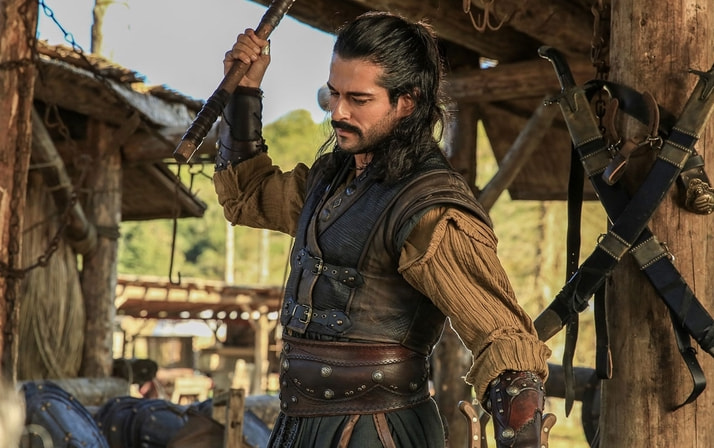 Starring Burak Özçivit (pictured top), the new  series about the life of Osman I, the founder of Ottoman Empire, will be broadcast weekly on ATV.

The makers of Diriliş: Ertuğrul Bozdağ Film are behind the latest historical drama. They will be hoping it emulates the success of their five-season epic about the father of the Ottoman dynasty.

Diriliş: Ertuğrul broke records during its run on state broadcaster TRT, and also attracted huge audiences worldwide. The series was broadcast across the Middle East, Asia and Latin America, with millions more watching the series online. Viewers were hooked as Ertuğrul battled crusaders, Mongols, Byzantines, and plenty of treacherous Turks, prompting comparisons to ‘Game of Thrones’.

The opening episode on Wednesday evening will show Osman following in his father’s footsteps as he heroically thwarts a new plot by neighbouring Byzantines, making him the darling of the Kaya tribe.

The programme starts at 8pm (5pm UK time) on ATV, and will be via available online afterwards.