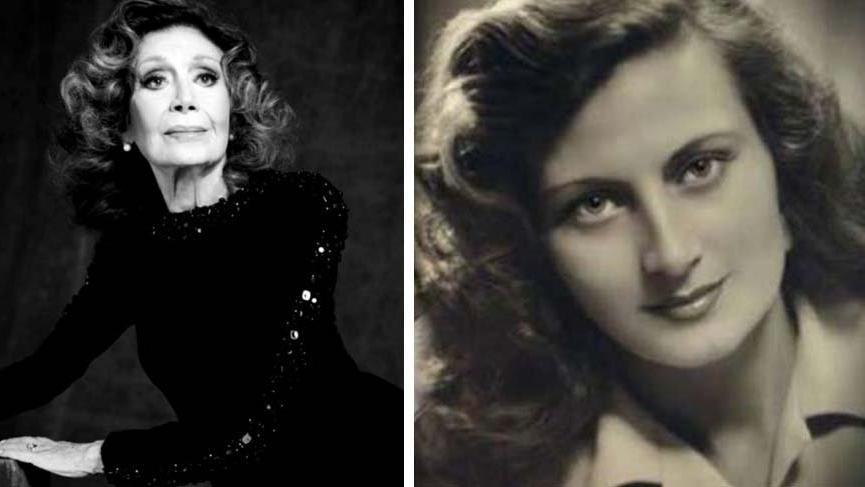 Yıldız Kenter, one of Turkey’s biggest stars of cinema and theatre, has died in Istanbul at the age of 91.

The multi award-winning actress had been battling lung disease and was in intensive care at the American Hospital when she passed away on Sunday, 17 November.

During an illustrious career spanning sixty years, Kenter appeared on stage in over 100 plays. She performed in both English and Turkish in theatres across her native Turkey, and in the United States, Canada, Britain, Germany, Denmark, the Netherlands, and North Cyprus.

She featured in adaptions of works by Shakespeare, Anton Çehov, Harold Pinter, Tennessee Williams, Alan Ayckbourn, and Arthur Miller, as well as those by Turkish playwrights such as Melih Cevdet Anday, Necati Cumalı, Güner Sümer, and Adalet Ağaoğlu.

Another of her memorable roles was in Hanım (1988), which won her Best Female Actor at the Corsica – Bastia Film Festival.

Born in 1928 in Istanbul to British mother Olga Cynthia and Turkish diplomat Ahmet Naci Kenter, Kenter’s impact on acting and theatre was profound.

She graduated in acting from Ankara State Conservatory, joining the Ankara State Theatre where she performed for 11 years. After winning a Rockefeller scholarship, she went to the States to further her craft with spells at the American Theatre Wing, Neighbourhood Play House, and Actor’s Studio.

Upon returning to Turkey, she became appointed a lecturer at Ankara State Conservatory – Turkey’s equivalent of RADA – sharing new techniques in acting and teaching with her peers and students.

Together with her family, she also invested in a new theatre in Istanbul, completed in 1968. The Kenter Theatre in Şişli continues to this very day.

The distinguished actress received many honours for her acting and teaching, including the prestigious Adelaide Ristori Prize, awarded to her by the Italian Cultural Association in Rome in 1984.

In 2007, she also became a goodwill ambassador of UNICEF.

Among those paying tribute to Yıldız Kenter was actress Demet Akbağ, who wrote on Twitter: “#YildizKenter my dear teacher, master, a thousand thanks for everything you have done for Turkish theatre and us. Like your name, sleep among the stars. With eternal respect, all my love…

Production and entertainment firm BKM wrote: “We lost a doyen whose extraordinary contributions to Turkish theatre and cinema make her irreplaceable. The star Kenter has passed from this world … #YıldızKenter

Writer and former Republican Turkish Party (CHP) MP Mustafa Balbay wrote: “Yıldız Kenter, like her name, was the star of the arts and humanity. She performed on stage for as long as she could. Turkey radiates brightly with [progressive] faces like #YıldızKenter. Her words during our Silivri [jail] days, “Enough is enough, I want freedom”, is still ringing in our ears!”

Turkey’s President Erdoğan and TRNC President Mustafa Akıncı were among many notables to extend their condolences to the actress’s family and the wider Turkish nation.

Actor Şükran Güngör, Kenter’s husband of 37 years, passed away in 2002. She is survived by her daughter Leyla Kenter from her first marriage to Nihat Akçan.