For some, the oud is the “king of instruments”. Made of wood, this short-neck, pear-shaped stringed instrument is similar to a lute. Its origins date back to the earliest Arab civilisations with the instrument’s name derived from the Arabic for ‘the wood’ [al-oud]. Its popularity quickly spread and today, the oud forms a core part of the musical traditions of countries across central Asia, Anatolia, the Balkans, North Africa and the Middle East.

The two most common variations of the instrument are the Turkish and the Arabic style ouds. The body of Turkish style oud (or ud in Turkish) is usually smaller, shorter and shallower than a typical Arabic oud.  It has a rounded back and commonly comes with eleven strings in five pairs with one single drone string or bam teli.

You can buy uds in London from specialist music stores such as Net Music in Stoke Newington. Prices start from £300.

From this Saturday, the Yunus Emre Institute is running two short courses – one for beginners, the other at an intermediate level. Running for eight weeks, the weekly two-hour classes with oud instructor Baha Yetkin will include both theory and practical lessons.

The deadline for the course registration is Friday 10th February 2017. 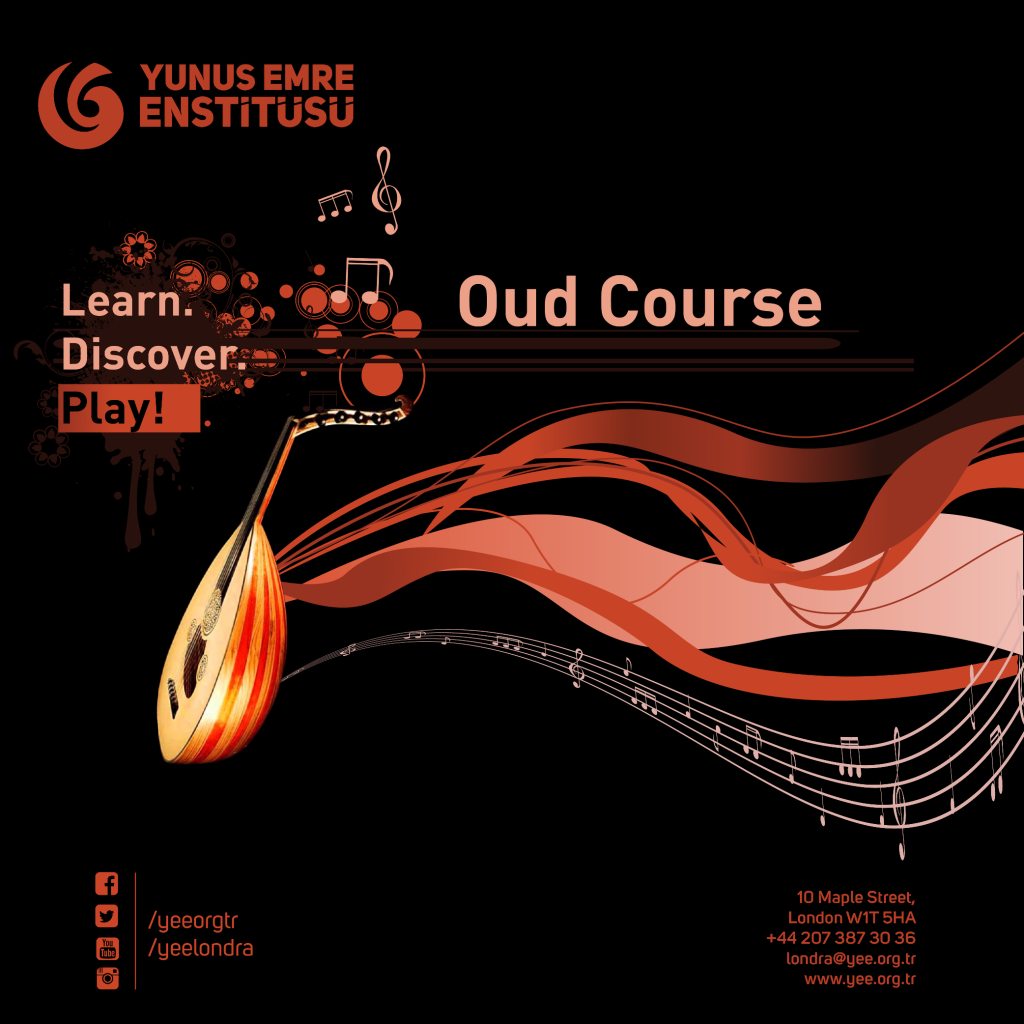 Baha Yetkin began his musical career studying Turkish Classical Music at Boğaziçi Turkish Music Foundation Conservatory. After completing his education, he taught music for a time, while also performing as an instrumentalist for various choirs.

Yetkin continued to develop his musical skills by taking lessons from globally renowned oud players Mehmet Emin Bitmez, Yurdal Tokcan and Necati Çelik. He also performed in concerts both in Turkey and abroad, accompanying famous musicians such as İnci Çayırlı, Mustafa Keser and Zeki Çetin, as well as being in the house band for major events, including Shakespeare’s 7 Theatre, and Festival Alamar in Spain.

With over a decade of experience in teaching Turkish style oud and Turkish Classical music (theory and rhythm), Yetkin took the plunge and moved to London in September 2015. He continues teaching and sharing his knowledge, experience, and techniques with Turkish and non-Turkish students alike.

Visit Baha Yetkin’s YouTube channel to see him in action.

Title: Learn to play the oud at the Yunus Emre Institute.

To register: please read, fill and send this registration form to londra@yee.org.tr.

Main image of Turkish ud from Sener Music and Dance