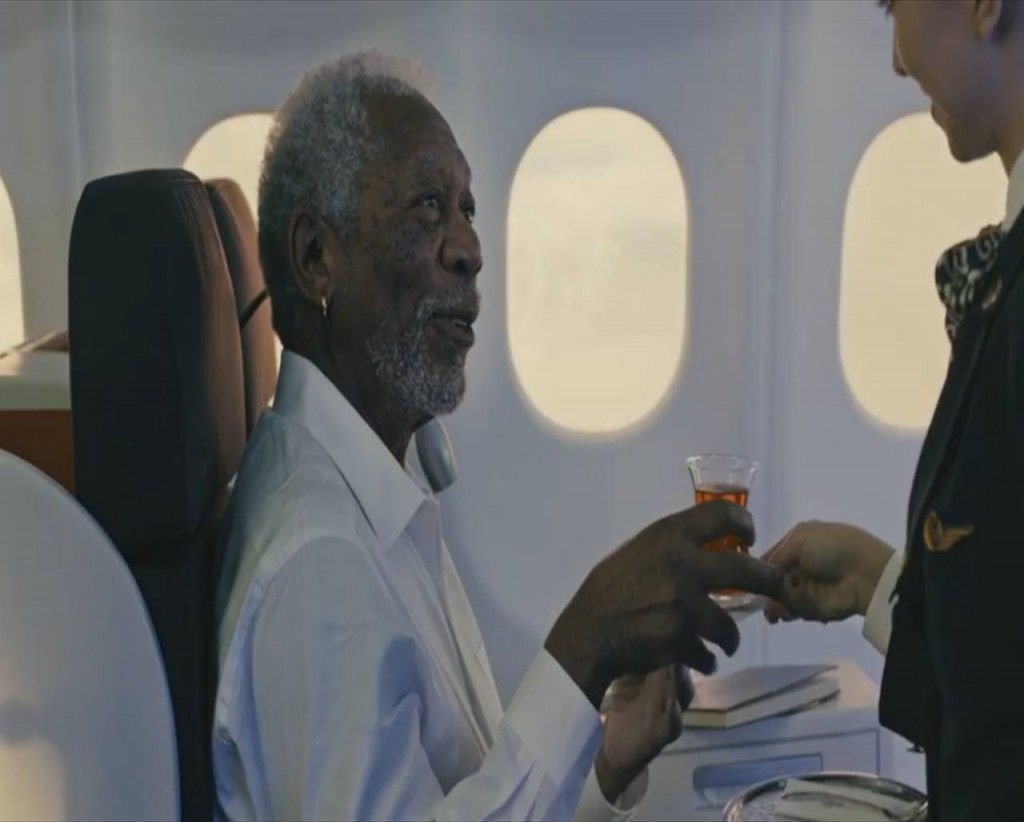 Hollywood actor Morgan Freeman supped on Turkish tea before appearing in a comfy aircraft armchair atop stunning scenery in a new 45-second advert for Turkish Airlines. The clip, directed by Matthias Zentner, received its debut airing during yesterday’s Super Bowl.

The advert appeared in commercial breaks during the match between the New England Patriots and the Atlanta Falcons in Houston, Texas, which was televised live to an estimated 188 million people worldwide. Hundreds of millions more are set to watch the game on catch up TV.

Morgan Freeman was announced as the new face of the brand in January, continuing Turkish Airline’s association with high-profile celebrities. Previously, basketball player Kobe Bryant, and footballers Didier Drogba and Lionel Messi have featured in the airline’s ads, while last year the company was a sponsor of blockbuster movie Batman v Superman: Dawn of Justice.

Boasting one of the most distinctive and recognisable voices in the world, the 79-year-old Oscar-winning actor hits the screen on board a Turkish Airlines flight as he says:

“If you are one of us and you want to explore more of this great planet, we are ready to take you there. It’s time. Widen your world.”

The clip has already been watched 210,000 times in the first eight hours of its release on Turkish Airlines’ YouTube channel.

“We not only fly to more countries than any other airline in the world, but also invest in passenger experience at every destination we reach…Our new ad campaign with Morgan Freeman has already been a smash hit. We value our deal with Freeman for his contribution to our global image and brand awareness.”