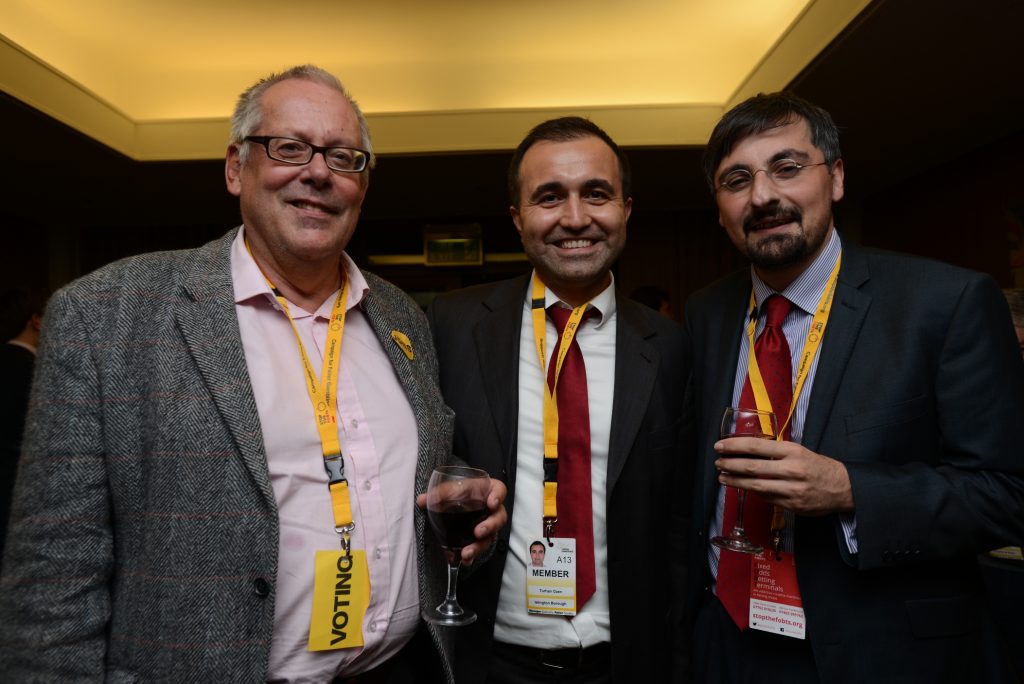 Dr Turhan Özen forms T-VINE’s fourth interview with the next generation of British Turkish politicians as part of our 2014 UK Election series. A co-founder of the Liberal Democrat Friends of Turkey and on the executive for the Ethnic Minority Liberal Democrats, he continues to work hard to champion equality and human rights for all.

1) When were you selected as a Liberal Democrat London MEP candidate?

I have been a Liberal Democrat London MEP candidate since 1st December 2012.

2) Describe the selection process? How many people were you up against?

In order to be a candidate in any elections you need to be on the party-approved list of candidates. This is a process that assesses your command on the liberal democrat policies, as well as vital skills needed in a good candidate to represent the party.

The selection process for European parliament candidates started in July 2012. More than 20 approved candidates came forward. We all took a written exam and went through interviews. At the end of this round 10 candidates were shortlisted. At the last round of the selection, after all 10 candidates were given three months to campaigning time, all London Liberal Democrat members voted to select eight candidates.

3) What is your profession/current job?

I work as a software engineer in a finance company. We develop software products for trading on stocks and shares.

4) When & why did you join the Liberal Democrats?

In 2007 Baroness Hussein-Ece was a councillor in Islington. I read in the papers that she was a candidate in Greater London Authority elections. I volunteered to help in her campaign and after a year of campaigning, in 2008, I decided to join the party myself. What I treasure most about being British is the liberal values of allowing every individual to be who they are and what they want to be. I wish to protect this ideal with all I have.

5) What can British Turks expect from you / Lib Democrats if you are elected?

Democracy at its best is one where public is represented fairly. Otherwise, the views and concerns of a section of the society would not be taken into account when decisions that affect their lives are taken. There is a big Turkish-speaking community in the UK and their participation in British politics is not as good as it should be. I am hoping to encourage more people to come forward by running for public office. As both a Turkish and a Kurdish speaker, I am always accessible to British Turks. However, they do not need to wait until I get elected. Liberal Democrats are in Government, we are running many local councils and we are the main opposition in many others. Lib Dem MEPs are the most effective British MEPs in the European Parliament. If you need help with any problem, do not wait, get in touch please.

I would like to ask T-VINE readers to take it upon themselves to warn people around them about the dangers of UKIP. The language and tactics that they are using to convince the public to support their vision of an isolated Britain that looks inwards instead of a confident, outward-looking Britain that is integrated in the world, has started to poison other major political parties. Only Liberal Democrats have been confronting their stance on Europe, and immigration.

Businesses have already started to put their investment plans on hold because of the uncertainty about our future in the EU. Thousands of jobs in the UK depend on our presence within the EU. By working together with our EU partners, we have been able to fight effectively against global challenges such as crime and climate change. We need to make sure that our ability to create jobs, make favourable trade deals, and fight global problems is not endangered.