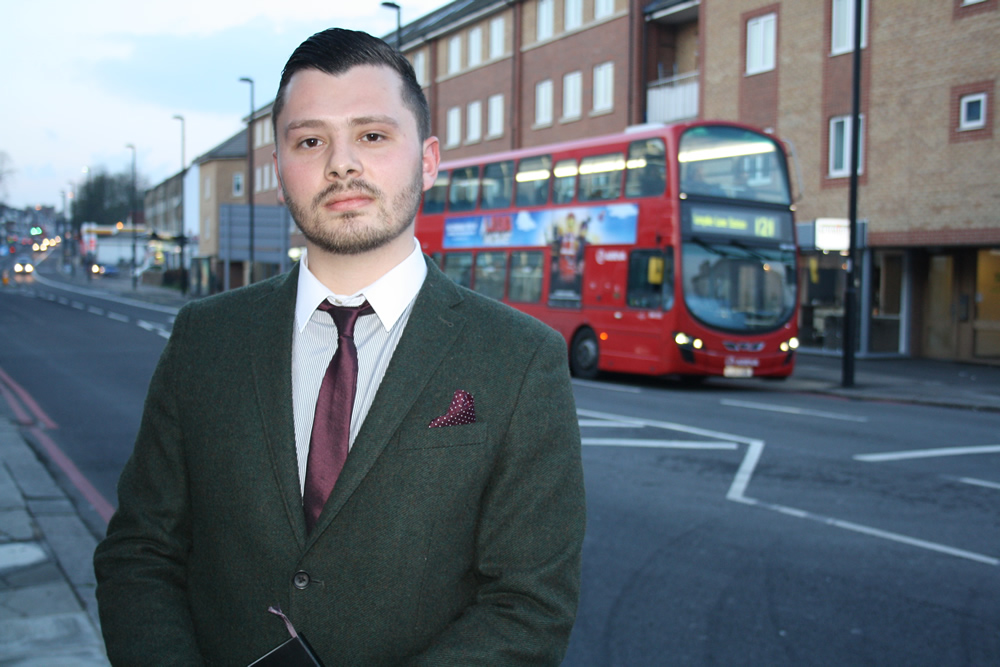 The third in our series of five 2014 UK Election interviews with the next generation of British Turkish politicians, we talk to Ibby Mehmet. Just 27 years-old, the councillor candidate for Colyers in Bexley already has an impressive track record: he is the first Turkish Cypriot student to be elected President of a British university’s students’ union, he is a political advisor the Qatar Embassy, and he is passionate about championing “Labour values”.

I joined Labour because I’m passionate about social justice, equality and helping the most vulnerable in society. I am a proud trade unionist and have always believed that the Labour Party is the voice of the underrepresented and the working class backbone of society. I first got involved while studying Law at the University of Essex, and started campaigning in the 2010 local elections. Since then I’ve always stood up for Labour values and fought to get our party back into government.

I was selected in 2013 to be a council candidate for Colyers Ward in Bexley. I have also recently been selected as Labour’s parliamentary candidate for Old Bexley and Sidcup. I’m standing for election because I’ve seen the damage caused by this government’s failed economic plan, and I want to do something about it. The rising cost of living for hard working people, the cuts to frontline services, which help the most vulnerable in our communities, a housing crisis that the government has done nothing to stop: I want to tackle these issues and use my local knowledge to improve people’s lives.

All Labour members can stand in the selection process, and local members vote to decide who they want to represent them. I was up against four other candidates for the council candidate selection and nine for the parliamentary selection. Both contests were very demanding as I was the youngest of all the candidates, and I’m honoured that local Labour members put their trust in me.

I work full-time as the Democracy and Governance Manager for Goldsmiths Students’ Union in the University of London, and I also work part time as a political advisor to the Qatar Embassy in London.

Currently the council is controlled by the Conservatives, who are letting the Coalition’s cuts destroy our local services without a challenge. There’s a wide range of issues affecting residents, from threats to our hospital to businesses struggling to make ends meet. The biggest problem by far that my constituents are worried about, however, is the rising cost of living. Families are £1,600 worse off since 2010 and only Labour can offer a real alternative to this disastrous Coalition government.

The Turkish community are of huge value to the local area and I’m proud to represent them on the political stage. Some of the most successful local businesses are Turkish, and our schools and local charities thrive because of the Turkish community’s input. This government’s economic policy, however, is disproportionately affecting people from minority communities and driving them away from politics. I want to stand up for all groups in our community and make sure that politics in this country works for everyone, not just a few Tory millionaires.

I believe that politics is strongest when everyone gets involved and makes their voice heard. If elected, I will be a strong advocate for the local community and ensure that the decisions which affect my constituents work to their benefit. This means getting a strong grassroots community movement in place to ensure that there is a two way dialogue between government and local residents.

I am a firm supporter in the reunification of Cyprus; I say that proudly. The island has been divided for too long and I hope that the upcoming peace talks will be a step towards bringing all peoples of Cyprus together. Turkish Cypriots can be proud of our cultural heritage without having to rely on nationalism for a greater sense of identity. I look forward to a reunified Cyprus where future generations can work together with their Greek Cypriot neighbours in peace and harmony.

I was the first Turkish Cypriot student to be elected President of a British university’s students’ union. Also, whilst working with NGOs in Malta, I co-ordinated support for the Libyan community during the 2011 uprising. I campaigned for the government to assist the families of Libyans living on the island and was invited to speak live on television with the then Prime Minister of Malta.