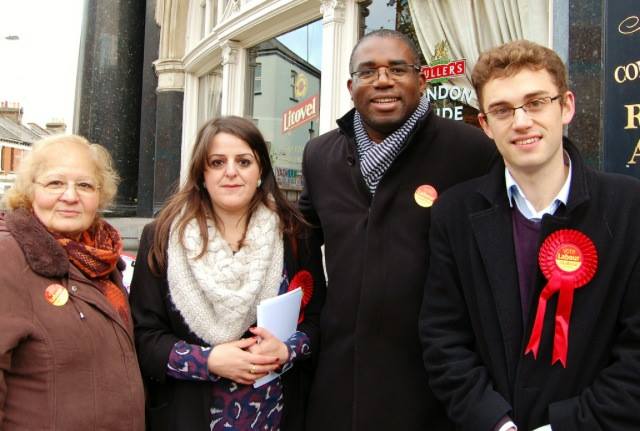 Continuing our 2014 UK Election special, we talk to Emine Ibrahim, who is standing for Labour as a councillor candidate in the London Borough of Haringey. A respected political and social activist in the community, she tells us about the challenges local people are facing in her ward.

1) What is your current job or profession?

I am currently full-time Branch Secretary of Redbridge Unison. I represent and negotiate on behalf of thousands of local government staff in the London Borough of Redbridge.

2) In which ward are you standing in?

I will be standing in Harringay ward, which is the west side of Green a Lanes from Turnpike Lane to Finsbury Park taking in the actual park itself and includes the Harringay ladder in the west of the ward and Ducketts Common, as well as on the east side of Green Lanes from Alfoxton Road to the Salisbury Pub.

3) What are most pressing local issues for in your ward?

One of the biggest issues I face in Harringay ward is the huge problem with the number of betting shops, which have multiplied considerably in the area to specifically target the gambling habits of the Cypriot community. We have probably the highest saturation on Green Lanes, from Stoke Newington to Enfield, of betting shops in Europe. I want changes in the law to stop further proliferation and more powers for local authorities to reduce numbers and to stop Fixed Odds Betting Terminals, which disproportionately impact on our community due to our particular vulnerability. The impact this has on woman in our community in terms of domestic violence is huge.

4) What can British Turks in your wards expect from you? Will you get active on Cyprus as a councillor?

I need to be clear that we are fighting to be elected to represent the residents of Harringay ward, from whichever community they identify as being a member of.

What I can say is that Cypriots can expect me to be a strong voice on issues which impact on their daily lives and income far more than [British] foreign policy on Cyprus. I am a committed supporter of a lasting solution to the Cyprus problem, but the place to fight for that is not in the Council chamber.

However I do feel that standing in a Harringay ward on Green Lanes with Gina Adamou – in what was traditionally the heart of the Cypriot diaspora – is an important moment for us. Many Cypriots from both communities came to the ward in the 60s and 70s and lived and worked together in peace – particularly women in the rag trade – when our homeland was going through its darkest hour. So to now stand with Gina, who has been serving the ward for so many years, makes me very proud and sends such a good message to Cyprus.